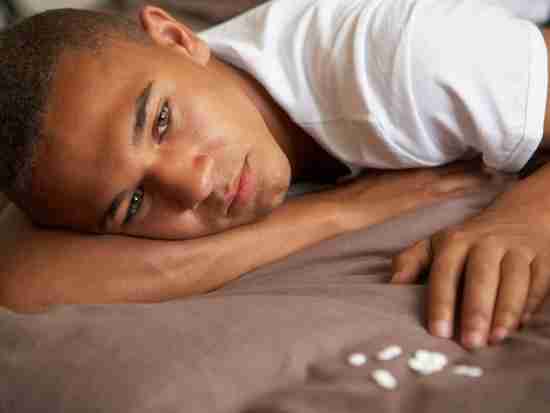 It’s always been tough being a teenager. Name it: raging hormones, multiplying neurons, learning the ways of the world. But these days, ya’ gotta’ be kiddin’ me! Media influence, peer pressure, bullying, an overwhelming world. I say teens deserve a lot more EMPATHY.

Dr. Peter Silverstone is a professor of psychiatry at the University of Alberta. And he appears to be one swell guy.

Dr. Silverstone is the creator of EMPATHY (Empowering a Multimodal Pathway Towards Healthy Youth), a pilot program that helps decrease teen anxiety, depression, and suicide. It’s been used in the Red Deer Public Schools, Alberta, since 2013.

“One swell guy?” This, from Silverstone on EMPATHY…

I said to my wife that this is probably the most important thing I’ll ever do in my life, if I can get this going and make a difference.

Okay, so great, the doc is a good guy with good intentions. But does EMPATHY work? Well, new research published May 14, 2015 in the journal PLOS ONE says it definitely does.

Silverstone himself cites a significant decrease in suicidal thinking. As a matter of fact, he calls the impact profound. He also notes a decrease in anxiety and depression ratings in every school, every grade.

The Birth of EMPATHY

Seems Silverstone was watching the news one evening and saw an interview with the superintendent of Red Deer Public Schools. He was talking about a crisis resulting from several recent teen suicides.

Silverstone immediately called school administrators, detailing a program he’d been thinking about that would provide interventions to reduce depression, anxiety, and suicidality.

One thing led to another, and a pilot study was introduced involving all Red Deer Public Schools students between the ages of 11 and 18.

As the school year began, some 3,000 students, grades six through twelve, were screened for emotional/mental struggles and assigned an EMPATHY scale score.

Rapid interventions took place for the 4% of students identified as being actively suicidal or at high risk for self-harm. Indeed, within just a few hours these students met with a resiliency coach, parents were notified, and a guided internet program to assist in addressing their problems was offered.

After taking part in the program, the students were re-assessed, and, as indicated, referred to primary or specialist care.

But there was more…

Junior high students were offered a 16-week resiliency program designed to strengthen their ability to interact with other teens, and to deal with daily stress in a manner that didn’t generate low mood or anxiety.

Actively suicidal students dropped from 125 to 30. 503 students were offered the guided internet-based interventions and 30% participated. Their depression scores dropped 28% and their anxiety scores 12%.

In our school alone, the screening has identified a significant number of students who were not on our radar for having mental health issues. What’s really important to me is students are recognizing they are not alone and that others are also dealing with many of the struggles associated with mental health and wellness.

Because of the program, the students are implementing resiliency strategies that they’ve learned in the classroom. The transfer of these skills has had a positive impact on student’s daily lives and their ability to cope with issues that arise.

Silverstone isn’t shy about calling the study “world leading,” in that there are no similar studies anywhere that show results like EMPATHY. But as excited as he is, he believes more study is required to determine if improvements are sustainable over the long-haul.

Is There a Future for EMPATHY?

Silverstone may want more study, but that means EMPATHY has to continue. And that isn’t a slam-dunk. The program received a public promise of funding this past April from Alberta Premier Jim Prentice.

But there was a change in government in May, along with the budget not being passed. And that means short-term funding to continue EMPATHY in the fall may not be there.

In spite of the challenges, Silverstone strongly believes in the future of EMPATHY and hopes to see it in schools across Alberta.

He puts it simply…

For the life of me, I can’t imagine a parent who wouldn’t want EMPATHY for their struggling teen. However, I’m not naive – I know the pattern all too well. Budget cuts occur, emotional/mental health programs get the shaft.

Still, what an amazing story of creativity, outreach, healing, and hope. Kudos to Dr. Silverstone, the people of Alberta, and the Red Deer Pubic Schools!

Here’s hoping EMPATHY continues to improve – save – the lives of teenagers everywhere.

Thanks to the University of Alberta website for the scoop.

More on the mood and anxiety disorders? Hundreds of Chipur titles are waiting for you.

Next Post: Oh What Our Thoughts Can Do to Us (and how to undo) | Wisdom from a Chipur Friend