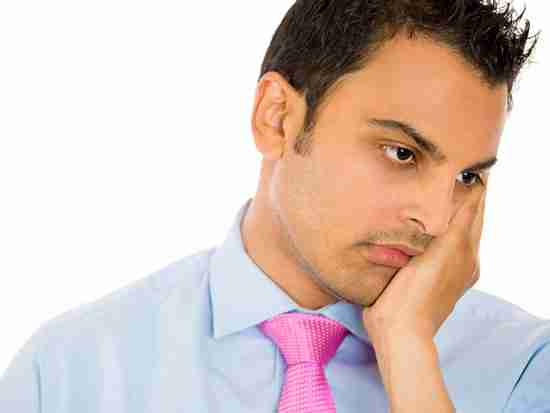 You can’t do anything – you won’t even start something – unless you know you can do it flawlessly. You’ve become obsessed with rules, lists, and your work. And you’ve absolutely worn yourself out. Being a perfectionist can be a nightmare. By the way, are you a perfectionist? Let’s talk about it…

Our pal upstairs is fading fast. He’s tired of spending a half-hour writing two sentence emails. He’s weary of constantly comparing his results to others’. And he can’t take feeling scattered, frozen, and morose any longer. He knows he has a major problem and really wants to handle it. I think he’s ready to face his perfectionism.

I’m a perfectionist. And let me tell you, I know how our friend feels when it comes to spending way too much time completing a less than five-minute task. And I’ll tell you something else, I have a love/hate relationship with writing. I love the research and creatively expressing my thoughts and feelings. But I hate what I know is to come – the painstaking and time-consuming review of most every word, sentence, image – everything. All in the quest for perfection.

I used to think it was all about my obsessive-compulsive leanings – until I gained insight into, and accepted, my perfectionism. Perhaps we’re in the same boat.

Perfectionism – a trait – is the need to be, or at least appear to be, perfect. Believing that perfection is at least a possibility works, too. Holding themselves to unrealistically high expectations, perfectionists typically believe nothing they do is worthwhile unless it’s flawless.

While perfectionism is often viewed as a success-generating positive trait, the truth is it can lead to self-defeating thoughts and behaviors that can cause crippling stress, anxiety, depression, and other emotional/mental situations.

There are three types of perfectionism…

How ’bout this bottom-line on perfectionism from social work professor, lecturer, and author, Brené Brown…

Perfectionism is not the same thing as striving to be your best. Perfection is not about healthy achievement and growth.

She goes on to observe that perfectionism is often used as a shield against the pain of blame, judgment, or shame.

12 signs you may be a perfectionist 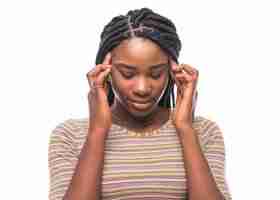 “There’s so much to learn about my perfectionism – deep breaths, absorb slowly. I can change.”

Now that we have a handle on what perfectionism is, let’s get into what it looks like in real-life.

How well we know that the signs and symptoms of any emotional/mental condition can be numerous and of great variety. And, of course, they vary on a per case basis. We’re going to run with the following twelve, as they’re commonly reported.

So okay, here’s what may have attracted you to the article. Come on, you want to know if you’re a perfectionist, right?

What do you think? Anything fit?

Perfectionism, often a learned behavior, is primarily driven by internal pressures, such as the desire to avoid failure or hurtful judgment. And that avoidance occurs because the individual believes their value lies only in what they achieve or what they do for others. No doubt, frequent fear of disapproval and feelings of insecurity and inadequacy are at the very core of perfectionism.

Now to family matters – going way back. It makes sense that having a parent who exhibits perfectionism or expresses displeasure when a child’s efforts don’t result in perfection can cause perfectionism. Indeed, some parents push their child to succeed – be perfect – to the point of abuse.

It’s believed that problems with early attachment may be at the foundation of perfectionism. The issue may lead to having trouble accepting a good outcome if it isn’t perfect, as well as having difficulty with self-soothing. Also, children who are frequently praised for their accomplishments may feel pressure to continue achieving as they age. That can generate perfectionistic tendencies.

Finally, people with a history of high achievement sometimes feel overwhelming pressure to live up to their previous successes. So the perfectionism cycle goes on and on.

How is perfectionism treated?

If you determine perfectionism is one of your personal traits, and you want to get it under management, you’re going to have to work at it. Good news is you’ve already handled the best possible first step by identifying and accepting perfectionism as a problem that merits your attention. And that’s an accomplishment because many perfectionists try to hide their personal problems because they may come off as imperfect.

Key in managing perfectionism is coming to know that any endeavor can be worthwhile even if it’s not perfect. So it’s about learning new ways of thinking and feeling about realistic and attainable goals and achievements. And there’s the matter of addressing the need for acceptance – reducing reactions to negative feedback.

How ’bout some general tips…

Finally, if perfectionism is causing life interruption or thoughts of self-loathing, self-harm, or suicide, it’s time to seek professional help. Of course, if suicidal ideation or behavior presents, don’t mess around – reach-out for help immediately.

Perfectionism can be an awful thing to live with. And most people have no idea it extends well beyond making sure all the i’s are dotted and t’s crossed.

If you’re relating to this article, I’m thinking perfectionism is one of your personal traits. If it’s causing discomfort, do something about it. You simply don’t have to live like that.

Sources: healthline, Psychology Today, GoodTherapy – and me. Tap those links to learn even more.

I know just where to find all sorts of helpful mood and anxiety disorder-related material. Hit those Chipur titles.

Previous Post: Brain Fog: What you need to know