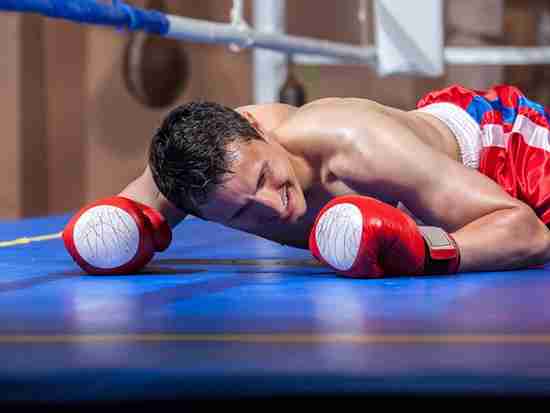 Seasonal depression, panic attack symptoms, obsessions and compulsions, stress definition: you? Doesn’t matter what’s going-on, the last thing we need is to be our own worst enemy. So let’s take a look at some common self-defeating behaviors that’ll “K.O.” us every time…

Yep, time and again we’re not very self-friendly. Dang, we human-types may be atop the animal kingdom’s smarts-scale; however, it’s that same smarts that often creates so much trouble for us.

Do I have to tell you? Living with mood or anxiety ick is dicey business. I mean, think about how frequently we take life’s jabs, uppercuts, and crosses – and get knocked to the canvas. Well, it’s one thing taking the blows from daily living. It’s another thing entirely when they’re self-inflicted.

So, let’s get after it. Here are those common self-defeating behaviors I promised…

Hmmm, my money says you identified with several of the above (all of them?). But that only makes sense, because that’s what folks mired in mood or anxiety ick do. And that’s why the misery perpetuates.

But now that we’ve handled some identity and insight work, we can move on to intervention. And I’ll tell ya’, it’s all about moving forward with great determination – and learning to catch the behaviors just as they commence. And then it’s on to pausing – even for a moment – as we choose another way to go.

Seasonal depression, panic attack symptoms, stress definition: you? Doesn’t matter what we’re experiencing. We just need to use our human-type brains and sidestep self-defeating behaviors. We don’t need to be our own worst enemy.

Thanks to Jeff Vankooten for the resource material.

Nothing self-defeating about eyeballing some Chipur titles. So, don’t waste any more time!