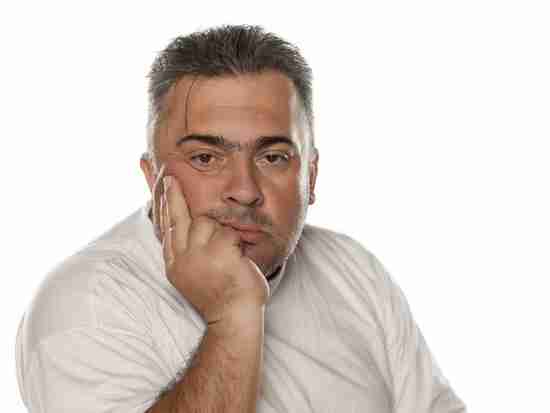 We hear it ad nauseam. “If you’d stop thinking so much, or at least change what you’re thinking, you wouldn’t be so depressed and anxious.” Duh. Okay, the concept may seem jaded, but it isn’t going away. And that’s a good thing, because excluding meds, it’s really all we have. Let’s talk, okay?

Rather than ruminating so much on negative thoughts, MCT helps patients to reduce negative control. By becoming aware of what happens when they start to ruminate, patients learn to take control of their own thoughts.

According to Professor Roger Hagen, folk struggling with depression and anxiety “don’t need to worry and ruminate.” He goes on to say, “Just realizing this is liberating for a lot of people.”

Do you feel liberated?

Hagen, along with a team of researchers from the Norwegian University of Science and Technology, recently published a scientific paper on the treatment of depression using metacognitive therapy (MCT).

Wait, what? Metacognitive therapy? What the…

Since it may be new to you, and it’s incredibly fascinating, let’s take a long look at metacognitive therapy. From the MCT Institute…

Metacognition is the aspect of cognition that controls mental processes and thinking. Most people have some direct conscious experience of metacognition. For instance, when unable to remember a name, a person may feel sure that the name is stored in memory. That gives rise to a metacognitive state that occurs as a strong feeling called the ‘tip-of-the-tongue effect.’ This is an example of metacognition working to inform the person that an item of information is somewhere in memory, even though the person is unable to remember it.

Metacognition can even go further by retrieving this name and pushing it into consciousness often when least expected. Although we are aware of some metacognition operating like in this example, most of the metacognitions that control our thinking and conscious experience operate in the background.

One of the features of psychological disorders such as anxiety or depression is that thinking becomes difficult to control and biased in particular ways that lead to a worsening and maintenance of emotional suffering. Many patients report that they feel that they have lost control over their thoughts and behaviours. Another important feature is that the person’s thinking and attention become fixed in patterns of brooding and dwelling on the self and threatening information. MCT recognises this change in thinking patterns and believes it is very important. It gives it a name: Cognitive-Attentional Syndrome (CAS).

This pattern consists of worry, rumination, fixation of attention on threat, and coping behaviours that the person believes are helpful, but many of which backfire and keep emotional problems going. The CAS is controlled by metacognitions and it is necessary to remove the CAS by helping patients develop new ways of controlling their attention, new ways of relating to negative thoughts and beliefs, and by modifying metacognitive beliefs that give rise to unhelpful thinking patterns.

Man, I need to push-away from the table for a moment and wipe my brow. That’s some powerful information.

Let’s go ahead and just focus upon rumination, which we’ve discussed many times here on Chipur. Just what is it?

In psychobabble, rumination is a distress-response mechanism featuring repetitively and passively focusing upon symptoms of distress – and their possible causes and consequences. Rumination is not only a troubling symptom of a more complicated depression, it’s a red-flag for those who’ve yet to be diagnosed.

But keep in mind, rumination isn’t depression exclusive, as it can present with the anxiety, eating, and substance disorders, as well as self-injurious behavior.

Now, you may think it’s synonymous with worrying, but it isn’t. Rumination tends to focus upon bad feelings and experiences from the past, whereas worry leans toward what may come.

And, sorry, women, you’re more likely to be dealing with rumination.

So to have a shot at kicking a dent into depressive symptoms we need to address rumination. Problem is, some individuals with persistent ruminative thinking believe it’s completely uncontrollable.

Professor Hagen disagrees. And he seems to be able to back it up because participants in his study were treated over a 10-week period, and after six months 80% of them achieved full recovery from their depression diagnosis.

MCT played a huge role in these very dramatic results, as it focuses upon minimizing the ruminative process.

Anxiety and depression give rise to difficult and painful negative thoughts. Many patients have thoughts of mistakes, past failures or other negative thoughts. Metacognitive therapy addressed thinking processes, rather than the thought content. Patients with depression think too much, which MCT refers to as ‘depressive rumination.’

Rather than ruminating so much on negative thoughts, MCT helps patients to reduce negative control. By becoming aware of what happens when they start to ruminate, patients learn to take control of their own thoughts.

Hagen goes on to say patients can try to encounter their thoughts with what’s called “detached mindfulness.” This helps in seeing thoughts as just thoughts, not a reflection of reality. He emphasizes that most think that when they think a thought it must be true. Uh, but no.

Bottom-line: A thought is but a thought. Anything that comes after is up to us.

The patients come in thinking they’re going to talk about all the problems they have and get to the bottom of it. But, instead, we try to find out how their mind and thinking processes work. You can’t control what you think, but you can control how you respond to what you think.

Again, the frustrating observation: “If you’d stop thinking so much, or at least change what you’re thinking, you wouldn’t be so depressed and anxious.”

Over time, it’s indeed become jaded, but within the context of Professor Hagen’s work and metacognitive therapy it comes alive.

If you’re bogged-down by the ruminating thoughts that feed a very troubling depressive state, it’s time to reconsider the accuracy of, and response to, your thoughts – and take action in setting things straight.

Yes, a thought is but a thought. But the aftermath is up to us.

The Ruminating Dilemma: Understanding and Solutions (Yanking the Velcro)

Thank you Veronika Søum for the article that inspired this piece: “Getting rid of depression by changing how you think.

Next Post: How to SIT with DIFFICULT EMOTIONS: Danielle Shares Her PERSONAL Story

Previous Post: Donald J. Trump: Why Does He UPSET Us So?