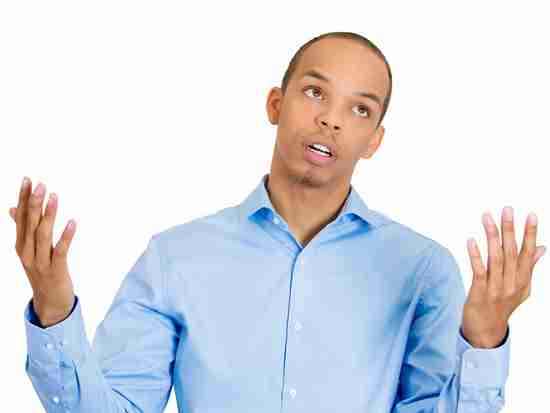 Diabetes, hypothyroidism, anemia: if the lab results say you have it, you have it. The emotional and mental disorders? Uh, no. For instance, the symptoms, and their overlap, of ADHD, bipolar disorder, and borderline personality disorder. I mean, which is it?

And for an accurate differential diagnosis (distinguishing a disorder from others that present with similar clinical features), Marangoni recommends the clinician rely upon – you guessed it – signs and symptoms, age of onset…

What would any of us give to have our bipolar disorder, depression, or generalized anxiety diagnosis based upon lab work or imaging? Of course, interventions remain dicey, but at least we’d have a lock on what’s ailing us.

Now, I believe scientists are working on it; however, diagnosing the emotional and mental disorders can be a signs and symptoms, age of onset, family history, etc. guessing game.

And that’s a dark veil over an already troubling set of circumstances.

In an effort to resolve some confusion in one particular neck of the diagnostic woods, I’m going to summarize a fairly recent article from Psychiatric Times. “ADHD, Bipolar Disorder, or Borderline Personality Disorder” was written by Italian psychiatrist Ciro Marangoni. I’ll slip you a link at the end.

Dr. Marangoni begins his piece with a can’t miss yellow box with the heading, SIGNIFICANCE FOR PRACTICING PSYCHIATRISTS. In it, Marangoni emphasizes the high prevalence of ADHD, bipolar disorder (BD), and borderline personality disorder (BPD) in juveniles and young adults.

He goes on to say that comorbidity (coexistence) between the three is frequent, which impairs treatment response and recovery. And for an accurate differential diagnosis (distinguishing a disorder from others that present with similar clinical features), Marangoni recommends the clinician rely upon – you guessed it – signs and symptoms, age of onset, family psychiatric history, etc. – as well as locomotor activity and sleep pattern.

Okay, let’s get our business handled by cherry-picking Dr. Marangoni’s discussion of ADHD, BD, and BPD…

Generally speaking, a diagnosis of ADHD, which persists into adulthood in 50% of cases, is based upon life-interrupting levels of inattention, hyperactivity, and impulsivity. But diagnosing ADHD becomes much more difficult when you toss in lesser known symptoms such as irritability, emotional dysregulation, frequent mood changes, low frustration tolerance, poor self-esteem, and sleep problems.

And keep in mind, hyperactivity is characterized by phenomena such as restlessness, fidgeting, talkativeness, poor inhibition, and engaging in risky behaviors. So, the diagnostic process can become complicated.

Already, can you see the symptom overlaps with what you believe you’d find in BD and BPD?

Now, before we move on to them, here’s an extremely informative and helpful table Dr. Marangoni included in his article. It’s definitely a keeper…

Dr. Marangoni begins his discussion of BD by noting its episodic nature. He observes that some patients experience chronic, unremitting symptoms, while others may go weeks or months with reduced or no symptoms at all. Thing is, the diagnostic requirement of recurring episodes (manic, hypomanic, major depressive) often results in misdiagnosis of patients with a chronic, non-episodic presentation.

I’m thinking most of us know the symptoms of depression, but that may not be the case for mania and hypomania. In making his point, Marangoni includes euphoric and mixed (manic and depressive) mood states, talkativeness, decreased need for sleep, impulsivity, irritability, hyperactivity, and risky behaviors.

Are you still on board with symptom overlap? Now to BPD…

The good doctor begins his BPD chat by observing that the DSM-5 says a BPD diagnosis shouldn’t be made before age 18. According to him, it’s acceptable if symptoms are clear and persistent.

So what does BPD look like? How ’bout this from Marangoni? It’s a chronic and pervasive pattern of instability in interpersonal relationships, mood, and self-esteem – with significant impulsivity. And then there’s ramped-up risk for self-harm, suicide, feelings of abandonment, anger/rage, and come-and-go stress-induced psychotic symptoms.

Marangoni goes on to emphasize the features of BPD that overlap with ADHD. These include a chronic course, emotional instability, impulsivity, and risk-taking behaviors.

In fact, patients with BPD may experience their own special kind of inattention as part of dissociative states when they’re feeling emotionally stressed. This particularly presents in response to feelings of rejection, failure, and loneliness. By comparison, symptoms of inattention in ADHD are often seen in situations that lack external stimuli (e.g., during boring, routine, or familiar tasks).

When it comes to alleviating stress and tension, those with BPD typically turn to self-injurious behavior. ADHD patients are more likely to regulate their emotions via extreme sports, novelty seeking, sexual activity, and aggression.

Finally, though not in the DSM-5, a combination of BPD and BD is now being recognized – and referred to as borderpolar.

I long for the day when diagnosing emotional and mental health disorders becomes as routine and reliable as identifying diabetes, hypothyroidism, and anemia. Someday, right?

In the meantime, we have to do the best we can with what we have, and trust that our clinicians stay informed and maintain a sharp eye. And we can help them by sharing specific details about what we’re experiencing.

If you’re dealing with ADHD, bipolar disorder, or borderline personality disorder – or wondering if you are – I hope this information is helpful.

Be sure to take a look at Dr. Marangoni’s article. No way could I squeeze everything into this piece, including his discussion of treatment.

And be sure to peruse hundreds and hundreds of Chipur titles. All sorts of helpful info is waiting for you.

Next Post: “OMG! My coping props aren’t working. Now what am I going to do?!”

Previous Post: The Freeze Response (and the temperature could be a sizzling 90 degrees)