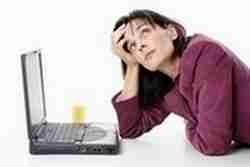 “What is up with this? My emotions and moods are all over the place. But there’s more. I bore so easily, worry 24/7, and may slap the next person who ticks me off.”

Well, who knows for sure “What’s up?” But adult ADHD (Attention-Deficit/Hyperactivity Disorder) may be one of the rule-outs.

Found an interesting article I’d like to share on this past Wednesday’s msnbc.com –  “Number of Women on ADHD Meds Soars.” It, again, brings to the fore the prevalence of adult ADHD. It also tells us women are now leading the pack in being medicated for it.

Oh, I say “again” because I did a two-part series on adult ADHD back in March. Here’s a link to Part 1.

According to the msnbc.com piece, over the past 10 years the use of ADHD meds by women has spiked. In the process, they’ve surpassed men in usage.

Numbers? According to Medco Health Solutions, between 2001 and 2010 American women ages 20-44 using medications for ADHD increased by 250+%. The sampling used was 2.5 million insured Americans.

Why the spike? Well, one reason might be that the five meds indicated for the treatment of adult ADHD have been approved since 2001. (Speaking of treatment, here’s a link to the article in my March series that addresses it. Medications are included in the discussion.)

According to Dr. Lenard Adler, director of the Psychiatry and Neurology Adult ADHD Program at the New York University School of Medicine, here’s more reasoning for the female surge.

Women who began taking meds for adult ADHD over the past 10 years likely flew under the ADHD detection radar until they left adolescence. It’s rare that ADHD would suddenly present in one’s adult years.

Why was a diagnosis missed in childhood or adolescence? Girls are less likely than boys to present with hyperactivity, so it’s boys that typically catch an ADHD diagnosis.

But as children/adolescents transition into adulthood, the attention-deficit piece becomes more prominent.

So the girls, whose ADHD went unrecognized (unfairly written-off to laziness or lack of motivation in school), grew into women who have a tough time managing the adult world of work and family.

See, it’s parenthood that often leads to adults being diagnosed with ADHD. Interestingly enough, a parent often decides to be evaluated for ADHD when one of their children is diagnosed. It’s a matter of recognizing symptoms, even though child/teen ADHD and the adult version aren’t identical.

Fact is, the parent of a child diagnosed with ADHD has a 30-40% chance of being diagnosed likewise. And guess what? It’s the moms that are more likely to pursue help.

I painted a picture of adult ADHD in the March series. However, I’m bringing forth the canvass yet again. Here are six major areas of executive functioning often impacted by adult ADHD…

So there you have it – yet more information on adult ADHD. I think it’s so important to circulate specific information on all of the emotional/mental health disorders – especially those that in some way mimic the mood and anxiety disorders.

The more objective facts floating around out there, the more likely someone will connect some dots and seek assistance. And that’s where feelin’ better begins.

By the way, here’s a link to the article on msnbc.com.

For a listing of chipur articles on the psychology of depression, anxiety, and bipolar disorder, tap here. For the biological side of the fence, here ya’ go.

Next Post: The Impact of Thought on Depression (Again): New Research