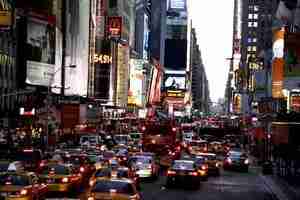 My clients foster my personal growth. Oh, when it comes to what to do about depression – phobias and anxiety – it’s supposed to be the other way around, I guess. But I’m fine with a two-way street. How ’bout an existential client-story?


I learn so much from my clients – brand new stuff, as well as material long ago stored in the attic of my mind that needs to be tidied-up. I hope that doesn’t sound odd, coming from a counselor – the one who’s supposed to be the teacher/consultant. I happen to think it’s wonderful. In fact, any counselor who says his/her clients don’t foster their personal growth needs to find something else to do for a living. Bam!

Okay, now to that client-story…

Had a session last week with a woman who’s had a rough go of it, and really wants to start a new life. And you know what? My gut says she’ll pull it off – because she “gets it” and works so very hard.

At the end of the session I recommended she read Viktor Frankl’s Man’s Search for Meaning. She said she’d download the Kindle version and would have it handled by our next session (one week’s time).

Well, I received an email from her two days later. She’d already gulped-down the book, and the second part twice. In that second part, Frankl details the psychotherapy he developed – logotherapy. In short, logotherapy, an existential therapy, submits an individual’s primary motivational force is to find meaning in life.

As she was wrapping-up her email, she asked for clarification on the word “existential.” She explained her take from Frankl was it’s about existence itself, the meaning of existence, and trying to find a concrete meaning in personal existence. Stating she perceived buckets of redundancy, she asked for additional input.

Enter the concept of a counselor learning from a client. In this particular case it’s that tidying-up of material I’d already learned; however, stowed away in that three-pound mass of glop within my skull. After giving my client’s request considerable thought, and doing some research, I ventured a reply.

I opened by pointing-out she was off to a great start, and to keep forward in her thinking the root of the word – “exist.” And then it was off to an explanation, within the context of existential psychotherapy. And, by the way, if you’re wondering what to do about depression, phobias and anxiety, or any other emotional/mental challenge, this is gotta’-know stuff.

(Psychobabble Warning!) Okay, existential psychotherapy is grounded in the assumption that our inner conflicts are caused by confrontation(s) with the very realities of our existence.  So with what conflict-inducing realities might we be wrangling? Hmmm, how ’bout these?

Pretty stark realities, don’t you think? You bet. Actually, they’re referred to as “ultimate concerns” – highly predictable stresses and inconsistencies that come with the “briefcase and territory” of the dimensions of our existence. They are? The physical, social, personal, and spiritual.

Well, that ends the client-story portion of this piece (however, I know our next session will be existential-rich – and lively).

But, you know, I brought the story to Chipur to make a point. As you consider the realities of your existence, where are you on the confrontation/conflict/misery scale?  Seriously, where do you stand?

I’m going to stick my neck out and suggest a truthful answer to that question may be so self-disturbing that it invalidates the meaning of the term “reality.”  I mean, what you may know to be the truth is so frightening – potentially fragmenting – that you simply can’t acknowledge and accept it. Yes?!

Believe me, I more than understand – been there, done that. I know how badly you may feel – and how badly you want that “old-self” back. However, I also know the “comfy-cozies” aren’t going to emerge if you aren’t willing to accept you (gut-wrenching fear and all) and your world, as both truly are.

Yes, it is what it is. And I am more than capable of gathering the personal – and outside – resources to answer the call and more than survive!

Will you do it?

You know, I began this piece by stating my clients foster my personal growth, and I learn so much from them. And by sharing this particular client’s story, the circle of learning – and healing – continues. Pretty cool, I’d say.

Wondering what to do about depression, phobias and anxiety, other emotional/mental misery? Take the existential route toward relief and healing, won’t you? Accept life as it truly is, and confront it – merge with it – in a spirit of growth, tenacity, and peace.

A sweet and gratifying journey it will become…

Would you like to read more Chipur articles? Here’s a long-list.

Previous Post: Understanding What Ails Us: The Flow of Neurotransmitters