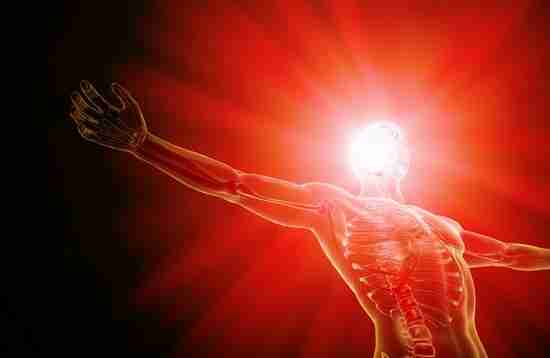 “Yes, psychotherapy has really helped me learn how to deal with anxiety. And my panic attack symptoms have improved. I just wish it was more than a Band-Aid remedy. I mean, isn’t there something that can physically heal my brain?”

Actually, there is – psychotherapy. Think about it. If psychotherapy provides symptom relief, wouldn’t there have to be healing brain changes at play? I mean, how else could it happen?

But maybe you need proof. That’s fair. So, what if I told you a new piece of research confirms psychotherapy does, in fact, generate healing anatomical and physiological changes? Come on, let’s get after it…

Before we roll up our sleeves, I want you to understand why I bring relevant research your way. Sure, it fascinates me; however, it isn’t about a bad case of the “smarty-pants.” No, it’s in an effort to keep you focused on hope. It’s important to know there are remedies available now – and in the not too distant future – for the mood and anxiety disorders of which you may not be aware. And there’s buckets of hope in knowing scientists continue to work toward understanding that which ails us, and are doing their best to come-up with creative interventions. Good?

And now to rollin’-up those sleeves…

A research team at the National Institute of Psychiatry and Addictions and the University of Szeged (Hungary), led by Dr. Szabolcs Kéri, has completed some important work. The study was recently published in Biological Psychiatry, and it focuses upon posttraumatic stress disorder (PTSD) – an anxiety disorder. And I say the conclusion can apply to any anxiety disorder.

Here’s how it all went down. The crew gathered two groups of participants. One consisted of 39 folks who’d been diagnosed with PTSD. There were 31 participants in the other – “control” – group who’d been exposed to trauma, but didn’t develop PTSD. The PTSD diagnosed participants received 12 weeks of cognitive behavioral therapy (CBT). The control group did not. 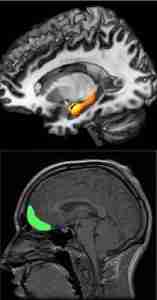 Now, here’s where things get super-interesting. Before and after the CBT work, volume measurements were made of the participants’ hippocampus (on top to the left – in gold) and medial orbitofrontal cortex (bottom) – essential brain structures in learning, memory, and the regulation of emotion. Also measured was the expression of the gene FKBP5, implicated in the risk for developing PTSD, and involved in regulating stress hormones.

Before they began their CBT work, it was determined the PTSD diagnosed participants had lower FKBP5 gene expression and smaller hippocampal and medial orbitofrontal cortex volumes – compared to the control group. When CBT was completed (12 weeks later), they showed higher expression of FKBP5, as well as increased hippocampal volume. By the way, much of this has to do with the dynamics of neurogenesis.

The very cool part is, the changes were directly associated with symptom reduction. And the outcomes actually were a predictor of PTSD symptom improvement.

According to Dr. Kéri, “The results show that structural changes in the brain, such as the shrinkage of the hippocampus, are reversible in trauma victims. Talk therapy may help normalize these alterations and improve symptoms.” He continued, “Furthermore, the regeneration of hippocampus correlated with the expression of a gene that balances the activity of the stress hormone cortisol at the level of cells.”

So how ’bout it? Proof enough for you? Sure seems to me that psychotherapy generates healing anatomical and physiological changes for those enduring an anxiety disorder. And that’s not only hopeful, it’s darned exciting.

Are you bummed over how to deal with anxiety, panic attack symptoms – or even social anxiety support? Perhaps you’re thinking your perceived “troubled” brain anatomy and physiology – well, “That’s just the way it is, and that’s the way it’ll always be.”

Close to 600 Chipur titles await your eyeballs. Access them!

Hey! Props to sciencedaily.com for the resource material.

Next Post: I Couldn’t Have Known, but I Sure as Heck Do Now: My Journey