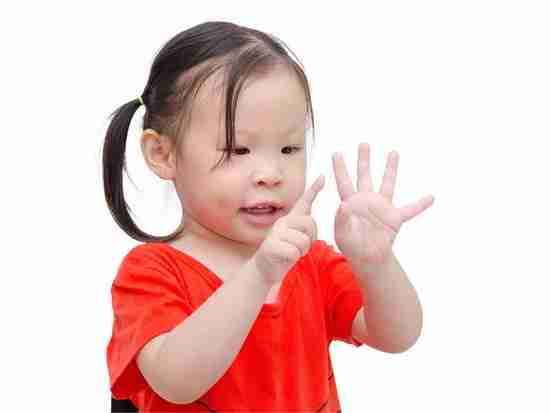 Pretty cool what our bodies reveal about who we really are. Would you ever have imagined that a finger-size comparison could tell many deeply personal tales? Digit ratio is fascinating. And I’m thinking you’ll agree, so let’s dial it up…

Then she moved-on to the testosterone connection. Yes, in adults, when the index finger is shorter than the ring finger, the individual was exposed to more of it in utero.

Felt a little ignorant, actually. Was looking for article ideas and came upon a piece detailing new research regarding something known as digit ratio. This observation was at the beginning of the summary: “It is well-known that adults whose index finger is shorter than their ring finger were exposed to greater amounts of testosterone when they were in the womb.”

Hmmm, I’ve been around the research block a time or two, and that was news to me. So now the issue became personal, and I dove right in.

The article was published October 10, 2016 and written by science writer Anne Sliper Midling. It appeared in Gemini: Research News from NTNU and SINTEF. They would be the Norwegian University of Science and Technology and The Foundation for Scientific and Industrial Research. Yep, the acronyms don’t match-up because the language of origin is Norwegian.

“Show Your Fingers to a Neuroscientist”

After challenging readers to “show their fingers to a neuroscientist,” Ms. Midling observes that by comparing the index and ring fingers, a neuroscientist would be able to tell if one is likely to be anxious or, say, a good athlete.

I was quite taken by that. And, of course, was eyeballing my fingers for the duration of the read.

Then she moved-on to the testosterone connection. Yes, in adults, when the index finger is shorter than the ring finger, the individual was exposed to more of it in utero.

What Does That Shortie or Longie Index Finger Reveal About Me?

No doubt, the connection between in utero testosterone and finger size is a curious phenomenon. However, we’re not going to get into the “why’s” of it all. Just not enough space.

Instead, I’d like to go with what digit ratio tells us about who we are.

Ms. Midling brings in the work of medical doctor Carl Pintzka, researcher at the Norwegian Competence Service for Functional MRI.

Women and men with even or longer index fingers…

Here’s Ms. Midling’s article: Show Your Fingers to a Neuroscientist

I Was Liking This Finger Thing

Ms. Midling’s piece lit a fire, and I wanted to learn more. So off I went to research-land, and here are some of the things I bumped into. 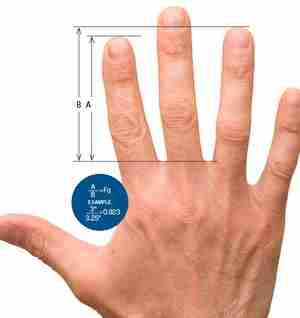 First up was Discover’s piece, Finger Length Predicts Health and Behavior, written by Jessica Cassity. Ms. Cassity provides the slick image to the left, along with this calculation…

Cassity begins with Fq < 1, observing that shorter index fingers equate to sharper tongues – in women and men. So it can be a predictor of verbal sparring. And it can be an indicator of high levels of achievement in sports, as well as mental toughness in athletics.

Cassity moves-on to physical aggression. Seems men with a shorter index finger are more likely to pick fights. And like-fingered women are more apt to react with aggression when provoked.

Shorter index fingers can be a sign of knee osteoarthritis risk, more so in women.

Men with shorter index fingers tend to be risk-takers. Cassity notes the most successful financial traders tend to have the longest fourth fingers. Seems this only applies to men.

Okay, she takes us to the other side of the fence…

Cassity observes that a high digit ratio (Fq > 1) – very little difference between the index and ring fingers, or a longer index finger – has been found in men with oral cancer, as opposed to men with pre-cancerous oral lesions or no lesions at all.

Also observed is men with a high digit ratio have a 33% reduced risk of prostate cancer. Younger than 60? The risk is even less.

Well, curiosity may have killed most cats, but this one was willing to take the risk (does that make me Fq < 1?). So on I went for more fun tidbits to bring your way.

How ’bout we streamline things? The following come from LiveScience, The Guardian, and The Daily Mail. The links will take you to the articles.

Women and men with even or longer index fingers…

Women with even or longer index fingers…

Men with even or longer index fingers…

It really is amazing what our bodies reveal about who we really are, isn’t it? Just more evidence of the body/mind connection (as though they were separate entities).

Digit ratio, finger quotient, shorter index or ring finger – whatever you want to call it. It’s fascinating. And let’s not forget the testosterone dynamics at its foundation. If you ask me, well worth the time to “finger” it all out.

Need more reading material? Plenty of mood and anxiety disorder info here on Chipur. 687 titles ought to do it.

Next Post: 13 Things to IMMEDIATELY Consider When You’re SPIRALING DOWNWARD (and scared)

Previous Post: The Wonder of Brian Wilson: An inspiring story of beauty, near-death, and recovery