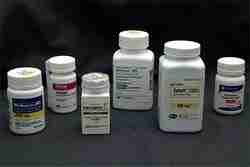 “My psychiatrist prescribed an antidepressant for my depression, but I’m afraid to take it. What if I become suicidal?”

Antidepressants increased the risk compared to placebo of suicidal thinking and behavior
(suicidality) in children, adolescents, and young adults in short-term studies of major depressive disorder (MDD) and other psychiatric disorders.

Before we get started, how ‘bout I do my own bit of “disclaiming.” Chatting suicide from afar is a dicey proposition for any emotional/mental health professional/blogger. Each client’s situation is unique, so one has to be careful not to paint with too broad a brush.

That said, I’m bringing you some fresh information regarding antidepressants and the potential for suicidal thoughts and behavior. And my primary mission is to quell ill-based fears that may keep one from embarking upon a recommended antidepressant regimen.

So, is the antidepressant/suicide “black box” warning warranted? According to a brand-new review of clinical data published in Archives of General Psychiatry, perhaps not.

Seems the review submits there’s no link between suicide and at least two antidepressants. And it concludes that treatment with antidepressants actually decreases the risk of suicide among adults of all ages.

According to lead author Robert Gibbons, a University of Chicago professor…

These results have to instill some additional confidence that prescribing these medications is not necessarily going to lead to suicidal thoughts or behavior.

So what meds were targeted in the clinical review? Fluoxetine (Prozac) was studied within the realm of children, adolescents, and young adults. And it was venlafaxine (Effexor) for adults.

Now, in all fairness, the review has its detractors. One is Jeff Bridge, a researcher at Nationwide Children’s Hospital, Columbus OH (US). Bridge says…

The authors in this study examined the risk of suicidal thinking or behavior associated with one drug, fluoxetine. My view is that the weight of evidence shows a small but significant increased risk of suicidal ideation/suicidal behavior in pediatric patients treated with antidepressants.

Well, Gibbons’ position goes back to when the black-box warning was first being considered. As an advisory board member to the FDA, he voted against adding the warning to antidepressant packaging.

His reasoning? Heading straight to the bottom-line, he simply didn’t find the data convincing. ‘Course, he was also concerned that docs would stop prescribing antidepressants because of the warning – and folks who may do well with them would go without.

Of the 708 childhood cases studied, suicidal thoughts or attempts after eight weeks was no different between children who used fluoxetine and those who took a placebo.

For adults and the elderly? Treatment with fluoxetine and venlafaxine resulted in a 90% decreased risk of suicidal thoughts or behaviors after eight weeks. The placebo results were 79%.

Alrighty, then – given his hard work, does Gibbons support removing the warning? Actually, he won’t say. But he submits that the FDA needs to gather more data to better evaluate if the warning should stay.

So there you have it, a fresh perspective on antidepressants and suicidal thoughts and behavior – and the FDAs black-box warning.

I’m always eager to bring you breaking news in the emotional/mental health arena. And though I’m not saying whether or not you ought to take that antidepressant your physician prescribed (your decision), I’d sure hate to see suicidal fears hold you back.

Something to think about…

Next Post: Research About Depression: A Matter of Connections