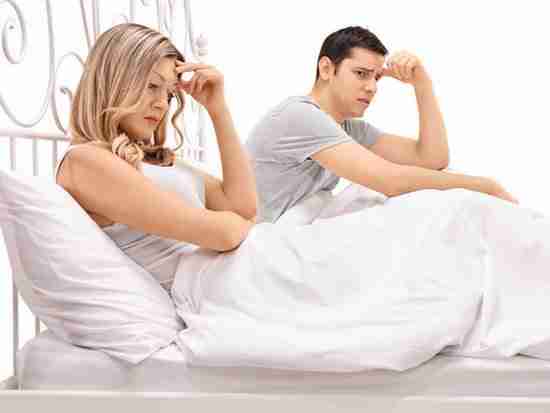 Who said life is fair? Your antidepressant is finally lending a hand in improving your depression and anxiety. But now your sex life is in the dumpster. “Are you kidding me?” Antidepressants and sex: what you need to know…

Not a happy couple above. Thing is, they’re both using an antidepressant. But put a smile on those faces, lovebirds. There’s plenty to learn and there are lots of options.

I posted a two-part series on antidepressants and sex ten years ago. They’ve been popular, so I decided to do an updated combo piece. I’ve included links to the oldies at the end because they’re still read-worthy and have some helpful comments.

Why do antidepressants cause sexual side effects?

Let’s begin our discussion by addressing why antidepressants (ADs) cause sexual side effects (SSEs). Most all of the ADs work to elevate levels of the neurotransmitter serotonin. It’s believed that a rise in serotonin levels has a negative impact upon the desire and arousal phases of our sexual response cycle. FYI, the four phases of the cycle are desire, arousal, orgasm, and resolution.

But that isn’t all. Increased levels of serotonin lower levels of the neurotransmitters dopamine and norepinephrine. Both play significant roles in our sexual response cycle. Finally, it’s thought that serotonin negatively impacts sexual anatomy. It’s about a decrease in sensation and supply of nitric oxide. Nitric oxide is believed to relax smooth muscle tissue and blood vessels. And that supports adequate blood supply to where it counts.

What are the most common antidepressant sexual side effects?

The most common AD SSEs are delayed, less intense, absent orgasm (30-40%), diminished sex drive (20%), and erectile dysfunction (10%). The percentages are occurrence for selective serotonin reuptake inhibitor (SSRI) AD users. I might add that issues with arousal, comfort, and satisfaction are also common.

But keep in mind, if any of those conditions present, we can’t just assume its an AD side effect. For instance, it could be a depression flare-up symptom. Maybe it’s anxiety or stress driven. Of course, it could be a physical issue.

Do yourself a big favor. No matter what you may think the cause is, if you’re experiencing sexual dysfunction chat with your physician, psychiatrist, and/or therapist.

What antidepressants have the most and fewest sexual side effects?

I think you know by now that all ADs are definitely not the same. And that applies to SSEs. 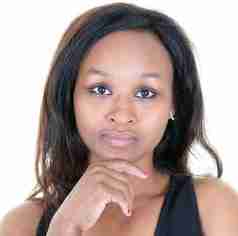 “I’ll be creative and smart. I will manage this.”

The ADs thought to generate the most SSEs are any of the SSRIs: citalopram (Celexa), escitalopram (Lexapro), fluoxetine (Prozac), sertraline (Zoloft), paroxetine (Paxil), fluvoxamine (Luvox). Of the SSRIs, fluvoxamine (Luvox) is considered the least sexually impacting. Also causing problems are the serotonin-norepinephrine reuptake inhibitors (SNRIs): venlafaxine (Effexor), desvenlafaxine (Pristiq), duloxetine (Cymbalta). Of the SNRIs, duloxetine (Cymbalta) may have the fewest SSEs. Also watch out for the tricyclic, tetracyclic, and monoamine oxidase inhibitor (MAOI) ADs.

How to manage antidepressant sexual side effects

Well, we’ve learned a lot, but I’m guessing what you’re really after is how to manage AD SSEs. From some very informed folks at Mayo Clinic and Harvard Health, as well as me, here are some suggestions…

If you’re experiencing SSEs from AD use, reasoned communication with your partner is crucial. How are you to come up with workable solutions if you can’t talk it out?

Oh, any of the above involving meds merit discussion with your doc. Right?

All is not lost

Yep, life isn’t fair. And what better example than possibly having to trade a satisfying sex life for less intense mood and anxiety issues. With antidepressant use, I guess that’s just the way it goes – for now.

But there’s plenty to learn and there are lots of options. All is not lost.

Thanks to Mayo Clinic and Harvard Health for the info.

If you feel like doing more mood and anxiety disorder reading, peruse the hundreds upon hundreds of Chipur titles.

Next Post: Fibromyalgia: What to understand and how to manage

Previous Post: Irritability: What to understand and how to manage