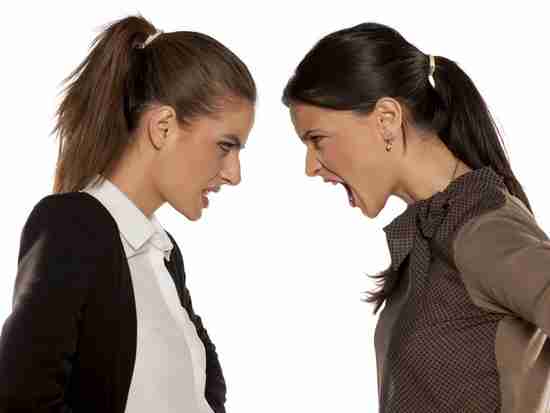 So you’ve been on that new antidepressant for a few weeks and you’re starting to feel some relief. But all of the sudden you’re having problems with sleep. And you freak because no one gave you a heads-up. True, antidepressants and sleep aren’t always the best of friends. What now?

And so it goes in the world of emotional and mental disorders and their remedies. What may well help us may also generate a symptom of the disorder we’re battling – exacerbating the whole danged life-mess.

Earlier this month, Nikhil Rao, MD addressed the antidepressant and sleep dilemma at the annual meeting of the American Psychiatric Association. Psychiatrist Chris Aiken, MD presented a recap in Psychiatric Times. As always, I’ll hit you with a link at the end.

Oh, Dr. Aiken is the co-author, with Chipur favorite Dr. Jim Phelps, of the bipolar II self-help book Bipolar, Not So Much. Likely worth a look-up.

Now, as you read the article, keep in mind that this is Dr. Aiken sharing Dr. Rao’s message. That way I can skip the “he said, he said” bit.

Makes sense that a sedating antidepressant (AD) would be just the ticket for someone dealing with depression and insomnia. But were it that easy. Mirtazapine (Remeron) and trazodone (Desyrel) would seem to be good candidates, as both ADs are known to be sedative. Problem is mirtazapine’s sedative effects are best in the lower dose range (15 mg and below), and that may not do much for depression. Trazodone? Its sedative effects tend to wear-off over time, it often generates daytime fatigue, and it shows reduced depression recovery rates – particularly in adolescents. So much for those two?

Mentioned were the atypical antipsychotics, using quetiapine (Seroquel) as an example. Yes, it has sedative qualities, and can improve the deep, restorative phase of sleep. But the risks are too great for it to be used for primary insomnia. As an AD augmenting agent? Sure.

SSRIs and the Others

Okay, here’s the tough news. The SSRIs (selective serotonin reuptake inhibitors: Celexa, Lexapro, Prozac, Paxil, Zoloft, Luvox) can cause insomnia and put the kibosh on sleep quality. However, the NDRI (norepinephrine-dopamine reuptake inhibitor) bupropion (Wellbutrin) causes no more insomnia than the SSRIs and has neutral, even positive, effects on sleep architecture (the cyclical pattern of sleep as it shifts between its stages).

Perhaps you’re thinking you’ll ask your doc about the older class tricyclic ADs (Tofranil, Anafranil, Elavil, Sinequan, etc.). Pretty much the same story as the SSRIs. But amitriptyline (Elavil) and doxepin (Sinequan) may be exceptions, as they can help with sleep initiation, though don’t provide assistance with sleep architecture.

Diphenhydramine is the sedative ingredient in numerous over-the-counter sleep aids (Benadryl, Tylenol PM, etc.). Here’s the issue. Seems diphenhydramine worsens cognition in the short-term and increases the risk of dementia with chronic use. And that’s likely attributable to its anticholinergic and histaminergic mechanisms. Same applies to hydroxyzine (Vistaril). By the way, the sedative effects of diphenhydramine tend to wear-off after three weeks.

Discussing restless leg syndrome (RLS) is relevant because it often presents in two disorders that commonly co-occur with depression: ADHD and PTSD.

Fact is, any AD that targets serotonin can generate RLS. But according to a randomized controlled trial (see the original article) the NDRI bupropion appears to treat RLS.

Another med to keep an eye on is mirtazapine. Earlier I mentioned it’s often used for insomnia; however, some studies suggest it presents a risk for RLS greater than other ADs.

Lastly, there’s an FDA-approved RLS treatment that can address depression, as well: pramipexole (Mirapex). Small, positive controlled trials found it efficacious for unipolar and bipolar depression, used as monotherapy and as an augmenting agent.

SSRIs may hold an advantage when it comes to obstructive sleep apnea (OSA). Very simply, most apneas occur during REM sleep. And since SSRIs inhibit REM sleep, OSA falls by the wayside. But more directly, SSRIs may improve OSA because of their impact upon smooth muscles in the upper airway. The same was thought of mirtazapine, but studies proved the theory incorrect.

Although insomnia in OSA patients is common, hypnotics, particularly the benzodiazepines, can suppress breathing and worsen oxygen deprivation. That being the case, the alpha-agonist hypotensive clonidine (Catapres) is often recommended. In addition to its OSA-safer sedative action, it also reduces nightmares in PTSD and improves a sleep impairment seen in depression known as sleep fragmentation.

Let’s Put This Baby to Bed

It’s terribly unfair, if you ask me, that taking a med to receive even an ounce of depression relief may generate a sleep issue – something that can further gum-up our heads. But that’s just the way it is and until the landscape changes we’re going to have to creatively make do with what we have.

I’m hoping the information Dr. Aiken passed-on from Dr. Rao can help you make the best possible med selections, all things considered. And, of course, you’ll want to share the fruits of your due diligence with your doc.

Just hang in there, okay? Lots of us are in the same boat…

And be sure to consider hundreds and hundreds of Chipur mood and anxiety disorder-related articles. Here are the titles.

Next Post: Fragmented sleep: Why you want it to stop