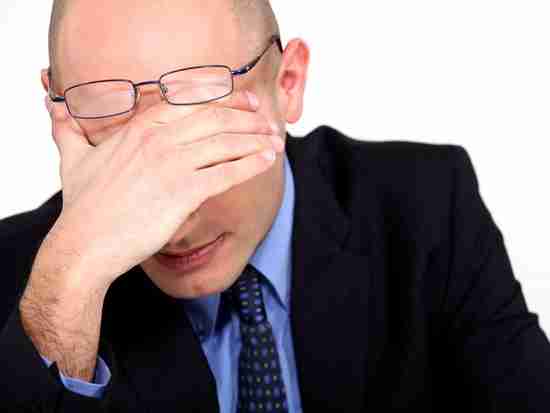 If I was an antidepressant, I’d sure be looking over my shoulder these days. There was a time when they were research and media darlings, but those days appear to be gone. Once again, antidepressants have been smacked; however, reader reaction is the real story…

‘I think people would be much less willing to take these drugs if they were aware how little is known about their impact outside of the brain, and that what we do know points to an increased risk of death.’

So it was my laptop and me, peacefully searching for interesting and helpful tidbits for the cause. Out of nowhere, this piece in the Daily Mail hit me square between the eyes: “Warning for those on antidepressants: The commonly prescribed drugs raise the risk of an early death by 33%, controversial study finds.”

The article was written by medical correspondent Ben Spencer and was published September 13, 2017.

Maybe you feel like I did when I first read the headline. I didn’t believe it, and was ticked-off at the Daily Mail for baiting readers with such devastating news.

Well, let’s chill a bit and see what we’re really dealing with…

Do Antidepressants Really Increase the Risk of an Early Death?

A research team from McMaster University (Canada) conducted a meta-analysis, reviewing studies involving hundreds of thousands of people. Yes, the team determined that antidepressant (AD) users had a 33% higher chance of death than non-users.

But it doesn’t stop there, as the team determined that AD users also had a 14% higher risk of cardiovascular events, such as strokes and heart attacks.

According to study lead Paul Andrews…

We are very concerned by these results. They suggest that we shouldn’t be taking antidepressant drugs without understanding precisely how they interact with the body.

Andrews’ concern with “how they interact with the body” is grounded in the belief that all of our major organs use serotonin (ADs most targeted neurotransmitter) from the bloodstream. That translates into ADs blocking absorption of serotonin in the heart, kidneys, lungs, liver, etc.

The researchers warn, then, that ADs could increase the risk of death by preventing multiple organs from functioning properly.

I think people would be much less willing to take these drugs if they were aware how little is known about their impact outside of the brain, and that what we do know points to an increased risk of death.

One last tidbit. The study team determined that ADs aren’t harmful for folk with cardiovascular diseases, given they have blood-thinning effects. The bad news is, for most people who are in otherwise good cardiovascular health, ADs lean toward the dangerous.

As you can imagine, the study didn’t go unnoticed – in many circles. Critics have vehemently questioned the results. A common observation is people using ADs are already at increased risk even before they start taking the drugs.

Professor David Baldwin, a psychiatrist at Southampton University and chairman of the psychopharmacology committee of the Royal College of Psychiatrists (UK) chimes in…

Unfortunately this study has major flaws. Depressed patients have higher risks of a range of physical health problems, all of which carry a risk of increased mortality, and antidepressants are often prescribed for a range of problems other than depression, including chronic pain and insomnia, which also increase mortality.

The small number of papers included in the meta-analysis included patients who were prescribed antidepressants at any dose and for any duration, but the analysis takes no account of this.

A spokesman for the Royal College of Psychiatrists emphasizes all medicines have side effects. And it’s up to the patient and physician – together – to decide whether the benefits of a medicine outweigh the risks.

What Did the Readers Say?

I always enjoy reading reader’s comments, and really learn tons from them. Here’s a sampling of the “defiant” comments on the Daily Mail piece…

I would rather die early than be depressed all the time. What good is life if you can’t enjoy it.

Reporters who do not understand how to interpret studies should not write about them. Association does not mean causality. If your study shows increased drownings on the days with increased ice cream consumption, you should not say that ice cream raises the risk of drowning. The hot weather is the hidden factor. People on depression drugs may be sicker than others to begin with.

Depression and stress kill people early not antidepressants. They have a slight anticoagulant property which actually should reduce the risk of heart attack. As a physician who has prescribed them for 34 years they do a world of good as long as doses are regulated and side effects and interactions are monitored.

So you have the study take-away, critic’s opinions, and reader comments. Now it’s your turn…

What’s your take? And as you’re thinking things over, consider the role of pro/con big pharma. Could it be a factor in the research, as well as critic’s opinions? Finally, if we knew for sure that antidepressants can increase the risk for early death, would you stop using them – or begin a regimen?

Have at the Daily Mail piece, if you’d like.

Hundreds of Chipur titles await your perusal. Don’t be shy, dig right in.

Next Post: The UNIQUENESS & LIKABILITY of YOU (If you dare observe)

Previous Post: The CAUSE of DEPRESSION: What If It Really Is THIS?