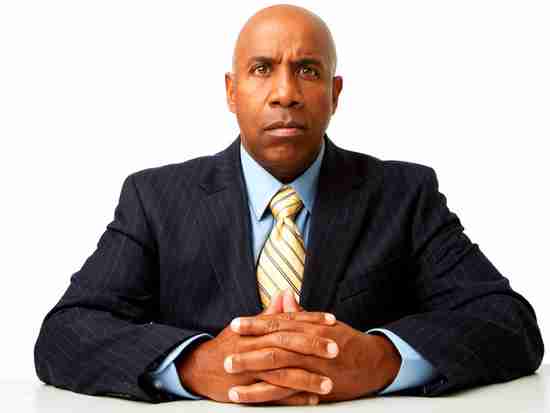 As if trying to nail a mood or anxiety disorder diagnosis isn’t hard enough, there’s the male/female of it all. For instance, anxiety can look different in men. And not only is that crucial for guys to know, it’s important for those in relationship with them. Let’s see what we can see…

‘Anxious men may present as loose cannons, but they are worriers. Aggression tends to be more socially acceptable to many men than anxiety.’

Whether it’s upon symptom onset or on an ongoing basis, we have this thing about confirming our diagnosis – even if our doc or therapist has informed us numerous times. So we hit our favorite search engine and match symptoms with disorders until we find a fit.

That’s all well and good, done it lots of times. Problem is, important factors such as age and gender typically aren’t taken into account.

And so it is with men and anxiety…

Bumped into an interesting article in the Wall Street Journal. “Anxiety Looks Different in Men,” written by Andrea Petersen, appeared less than two weeks ago. I think it’s an important piece for us, so I’m devoting Chipur time to it.

Petersen kicks things off by mentioning the best-known presentations of anxiety, which we know all too well. She points-out that men certainly experience all of them. However, she adds that psychologists are recognizing the following manifestations of anxiety that men are more likely to report…

Pertaining to anger and irritability, Petersen quotes Louisville, Kentucky clinical psychologist Kevin Chapman: “(Anxious) men may present as loose cannons, but they are worriers. Aggression tends to be more socially acceptable to many men than anxiety.”

Petersen shares that though studies report one in five men will struggle with anxiety in their lifetime, psychologists are increasingly concerned that the numbers are low due to underreporting.

And that’s a major concern because research is showing a link between anxiety and suicide. Fact is, men are more than three times more likely to die by suicide than woman. And, of course, suicide rates are increasing in the US.

It isn’t surprising that the issue here is men being much less likely to pursue treatment for emotional and mental health challenges. Gee, I wonder why that happens? Petersen quotes psychology professor Michael Addis: “We’ve (men) been socialized from a very young age to see emotional vulnerability as a weakness. Seeking help is seen as a sign of weakness as well.”

Getting Men to Treatment

Obviously we have a problem here. And the first step toward resolution has to be determining how best to get men to emotional and mental health treatment.

Petersen says one thing not to do is deliver an ultimatum. I think we all know that doing so can generate a power struggle that only increases resistance to getting help.

As an alternative, in a relationship context, Petersen shares the thoughts of Fordham University psychology professor Dean McKay: “Highlight that their quality of life is suffering…you’ll enjoy stuff so much more. We can enjoy each other more if you are able to manage this thing. That is pretty compelling.”

And Petersen brings Dr. Addis back in: “Rather than seeing him as a sort of stubborn, unwilling typical man, try to start seeing him as a human being not only anxious and depressed, but struggling with what they expect of themselves and what society expects of them.”

Petersen points-out that using diagnostic labels doesn’t help. Dr. McKay, for example, doesn’t even mention “anxiety” during the first couple of therapy sessions with some men. And he says many of his patients are more comfortable with terms such as “coaching” or “help with performance,” rather than “treatment.”

According to Petersen, short-term, goal-oriented treatments that focus upon changing behavior generally work well for men. Forms of cognitive behavioral therapy (CBT) would be a good fit. Dr. Addis suggests a practical, coaching-oriented approach not unlike a golf lesson.

Those of us who’ve lived on the mood and anxiety disorder side of the fence understand how baffling it all can be. And now we’re dealing with male and female versions.

So, yes, anxiety can look different in men. Now that we know, let’s roll with it and use the knowledge to educate and heal.

I’d like you to read Andrea Petersen’s “Anxiety Looks Different in Men.” Keep in mind, the Wall Street Journal may require a subscription.

No subscription required for all of those hot Chipur articles. Just start perusing the titles.

Next Post: Psychomotor Agitation: What & Why You Need to Know