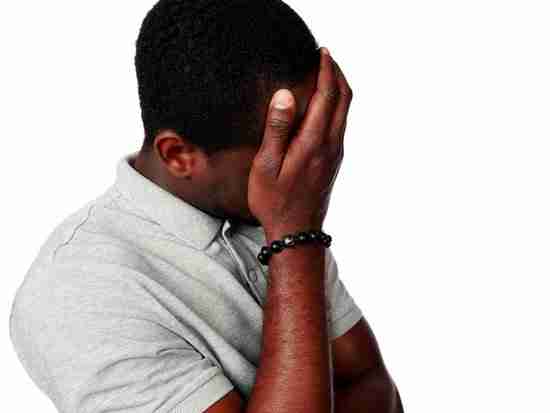 People kill themselves. Such is the complexity of life, the mind. So many deadly emotional and mental miscalculations. And that’s why we can’t be apathetic when it comes to suicide. Are you suicidal? Someone you know? Read this…

Then there’s the feeling of frozen helplessness and hopelessness that come so quickly for some. It isn’t about weakness or selfishness.

Rough subject matter, isn’t it? But we can’t ignore the painfully obvious, as a suicide death occurs every eleven minutes.

And why shouldn’t we talk about suicide?

If this was a cancer support site, we’d be addressing death and dying. Depression, anxiety, mania, loneliness, helplessness, hopelessness, desperation – cancer. All potentially deadly, all in the same boat.

Take a look at Andre above. Here’s his story…

Andre has more going on than what appears to be a nasty headache. He was diagnosed with major depressive disorder five years ago and has taken an antidepressant ever since.

He participated in therapy for a year after he was diagnosed. But since he was “feeling better,” he turned his back on it – even though he still had his “moments.”

Andre is an ER nurse, so he’s had an ongoing relationship with COVID-19. And it’s an intimate relationship because he tested positive several months ago and was in isolation for three weeks.

But, most important of all, Andre is an average human being – like you and me. And in spite of knowing more than he wants to know about the virus, it continues to scare the heck out of him.

What really shakes his foundation, though, is the change in his definition of “normal.” For Andre, the loss of order is extremely hard to abide. Social distancing, lockdowns, masks, isolation, constant news alerts, inconsistent facts, political fighting – it just isn’t his world.

Of course, his depression makes the chaos all the more intolerable.

Yes, Andre has more than a nasty headache. In fact, he’s decided he’s out of here. Andre wants to die. He’s had suicidal thoughts in the past, but never said a word.

This time, however. he’s gone beyond thinking. He knows how he’s going to do it and when. That’s called a plan. Andre means business. 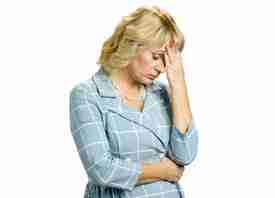 Anytime can be the “right” time for suicide. But it hits a flash point during times of great upheaval.

But why suicide? I mean, there’s no turning back. If the attempt is successful, it’s over. Done.

Well, let’s first keep in mind that brutal chronic and acute emotional and mental distress is a major player. And a diagnosed disorder like Andre’s doesn’t have to be involved. Even an average dose of, say, catastrophizing at a vulnerable moment can lead to deadly consequences.

Then there’s the feeling of frozen helplessness and hopelessness that come so quickly for some. It isn’t about weakness or selfishness. It’s just that we all have different beaker sizes – capacities for stress and pain.

When the beaker begins to overflow, anything can happen. For many, it’s the ultimate loss of control. And that can’t be accommodated.

Look, no matter what’s at the foundation, it so often comes down to statements such as these to self and others…

I’m out of options. I don’t know what else to do. I’ll get the help I need if I don’t succeed. I’ve lost hope.

There really is so much more, but I think you get the idea.

Did you personally relate to Andre’s circumstances? Do you have a feeling someone you know can? If the answer’s yes, it’s time to take action.

After gaining insight into the fact that you likely aren’t thinking and feeling clearly or being fair to yourself, please let someone know. Friend, partner, spouse, family member, counselor, clergy-person – someone.

But if anonymity is an issue for you, call the National Suicide Prevention Lifeline at 800.273.8255 (TALK). Visit them online, if you’d like. Perhaps there are local resources available to you as well.

How ’bout we wrap things up with the words of Golden Gate Bridge jumper and survivor, Ken Baldwin?

I instantly realized that everything in my life that I’d thought was unfixable was totally fixable – except for having just jumped.

Oh, Andre? He was headed for the door at the end of his shift. His gun was waiting at home. The on-call social worker just happened to be leaving at the same time.

Knowing Andre, she sensed something was up. So she forced him to sit with her on a bench outside. And it wasn’t long before, in tears, Andre spilled his guts.

With the social worker, he went back inside.

If you’d like to read more Chipur mood and anxiety disorder info and inspiration articles, review the titles.

Next Post: How to bring light to our darkest of days

Previous Post: Every day, all day, it comes down to you. What and why you need to know…