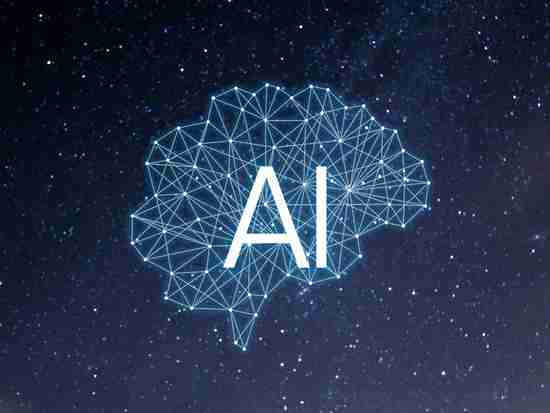 The state of mood and anxiety disorder diagnosis and treatment sure isn’t anything to write home about. I know, most emotional and mental health practitioners do the best they can with what they have; however, even they’ll admit it isn’t nearly enough. Good news is there’s a lot cookin’ that’s changing the landscape. Let’s talk artificial intelligence…

‘The algorithm was able to identify children with a diagnosis of an internalizing disorder (anxiety, depression) with 80 percent accuracy.’

If we were to poll one-hundred individuals who are participating in some form of treatment for a mood or anxiety disorder, I’m guessing only five would say everything was hunky-dory.

And, of course, the remaining ninety-five are wishing, hoping, praying for something – anything – promising from the world of research, eyes and ears fixed upon the meds pipeline. But I’ve said many times, hope isn’t only about meds.

Get yourself comfortable as we chat artificial intelligence…

Artificial Intelligence: What Is It?

Artificial intelligence (AI) is often misunderstood, even feared. So let’s start with some defining.

Very simply, within the context of computer science, AI, often referred to as machine intelligence, is the term used to describe machines that mimic the cognitive functions we humans associate with other human minds. That would include learning and problem solving.

Now, let’s take our definition one step further. AI is a system’s ability to correctly interpret external data, learn from it, and use the learning to achieve specific goals and tasks through flexible adaptation. By the way, AI isn’t really anything new, as the term was coined during a Dartmouth College workshop back in 1956.

Okay, the changing the landscape info you’re about to read comes from three articles, which we’ll discuss one-by-one. I’ll present links at the end.

“Can AI Help Doctors Treat Depression? These Startups Think So”

In “Can AI Help Doctors Treat Depression? These Startups Think So,” Yaron Carni and Danielle Shapira get us off to a great start by pointing-out that though AI is assisting in powering the “digital health boom,” its relationship with emotional and mental health is new. And much of that has to do with the fact that understanding human thoughts and feelings is much more difficult than dealing with a potentially damaged kidney. Add to the difficulty factor the reality that boosting one’s mood or lowering their anxiety, within the framework of personalized medicine, is a daunting task.

Still, Carni and Shapira go on to mention several startups that are coming out with a variety of AI-based tools designed to help psychiatrists and family docs optimize depression and anxiety care sooner.

Taliaz is developing an AI-driven decision support tool, PREDICTIX, that’ll help docs identify the right antidepressant for any given patient. The tool uses data based upon the results of the epic STAR*D study. And catch this. After developing the algorithms, PREDICTIX was able to predict efficacy and adverse effects of antidepressants with as high as 75% accuracy. To get the ball rolling, a DNA sample, as well as a demographic and clinical history, are collected online.

Carni and Shapira go on to mention the startup Elminda, whose brain analytics product, BNA-PREDICT, forecasts responsiveness to antidepressant med and neurostimulation treatments. And the tool allows docs to monitor the chosen treatment’s impact directly in the patient’s brain.

“Can Artificial Intelligence Help with Depression?”

Jodi Clarke opens her article, “Can Artificial Intelligence Help with Depression?,” bringing the sad news that according to the National Institute of Mental Health, only 63% of those having had a major depressive episode received any kind of treatment. And the numbers are worse for teens.

WoeBot: A conversational agent (“chatbot”) that offers self-help related guidance and companionship. It can share all sorts of information and resources and can facilitate mood tracking. Cool thing is, part of its guidance are cognitive behavioral therapy (CBT) techniques.

Wysa: An emotionally intelligent bot that assists with managing emotions and thoughts. From their website, “…your private reflective space for when you need to get your head straight.” Like WoeBot, Wysa uses CBT, even DBT, guidance.

Tess: Also a chatbot, it touts itself as “a psychological AI that administers highly personalized psycho-education and health-related reminders on demand.” They call themselves a “transformative digital behavioral change program.”

By the way, do you think any of the above are popular? You’d better believe it. Tess says eight-million people have paid access. Wow!

“Artificial Intelligence Can Detect Depression in a Child’s Speech”

Opening her piece, “Artificial Intelligence Can Detect Depression in a Child’s Speech,” Anna Versai observes that 20% of children endure “internalizing disorders” – anxiety and depression. And since both may be difficult to detect, especially for children under eight years of age, late treatment onset is a major problem.

But Versai cites a study published in the Journal of Biomedical and Health Informatics. The work was conducted at the Vermont Center for Children, Youth and Families, University of Vermont Medical Center. And how ’bout this? The study team came up with an AI algorithm that can detect signs of anxiety and depression by using the speech patterns of children.

In the words of the study’s senior author Ryan McGinnis, “The algorithm was able to identify children with a diagnosis of an internalizing disorder with 80 percent accuracy.”

And, of course, that means treatment can commence so much sooner.

Okay, most anyone in any way involved with a mood or anxiety disorder knows we have a long way to go in terms of diagnosis and treatment. So holding onto hope is essential. But I’m telling you, hope extends well beyond meds in the development pipeline.

Artificial intelligence is quickly changing the mental health landscape. And keep in mind, the two haven’t been pals for all that long.

I believe there’s so much more to come. You just wait and see.

Here are the links I promised…

Can AI Help Doctors Treat Depression? These Startups Think So

Can Artificial Intelligence Help with Depression?

Artificial Intelligence Can Detect Depression in a Child’s Speech

And, as always, those Chipur mood and anxiety disorder-related titles.

Next Post: Antidepressants & Sleep: Not Always the Best of Friends. What Now?

Previous Post: “In a Perfect World”: What Would Yours Tell You About…You?