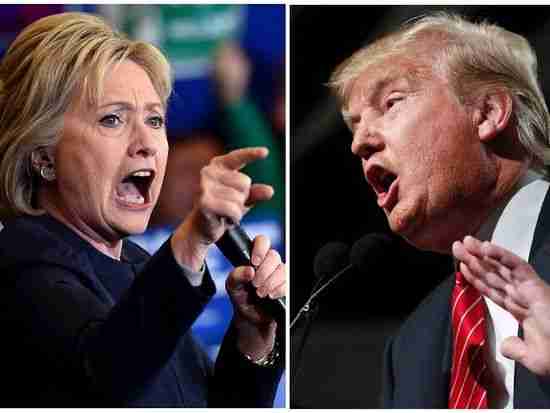 Been around the block a time or two, and haven’t seen anything like it. Sure, the campaign was bare-knuckled and bloody. But here we are a week after the election, and millions continue to reel. Fear, anxiety, depression, and anger abound. But I really believe it’s gonna’ be alright. Could it be time to heal?

Or maybe the perception of the “Orange Fascist” is so overwhelmingly scary that we lose our grip on reason and ability to cope.

This piece has been on my mind for several days now. I knew I had to write it, whatever “it” turned-out to be. Going in, all I wanted was to somehow convince the distraught that everything is going to be just fine, and suggest it could be time to heal – or at least consider the possibility. And I absolutely had to play it straight down the middle politically. 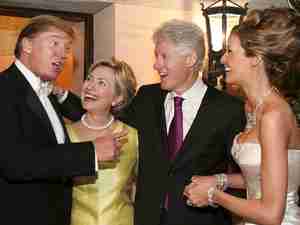 (Okay, I’m an old softie. Couldn’t resist sharing a photo from happier times – Melania and Donald’s 2005 wedding, at which Hillary and Bill were VIP guests.)

Think about where we are, people. Isn’t it sad that simply expressing one’s political opinion, before and after November 8th, became a dicey, even dangerous, proposition? Heck, bumper stickers and yard signs became invitations to destroy property.

But of course the most horrible destruction of all has been the ripping-apart of families and friends. It’s happened, and it continues.

The Heart of the Matter

So what is it about this Hillary vs. Donald thing? And post-election, the Donald thing? Why are so many of my clients and readers (colleagues, for that matter) wildly agitated – over-the-top frightened, anxious, depressed, and angry?

When it comes to fear and anxiety, no doubt there’s a perceived threat. But who or what is the intruder? Could be change. After all, we’ve had eight years of a liberal administration, and a rightie takes office in January. Or maybe the perception of the “Orange Fascist” is so overwhelmingly scary that we lose our grip on reason and ability to cope.

And then there’s depression and anger. What’s up with that? Well, they could be manifestations of the fear and anxiety detailed in the last paragraph. And let’s not forget, we’re human. So maybe it’s about not getting what we wanted. I mean, if we’re convinced our candidate is the right – the only – choice, it’s not going to sit well if s/he loses.

Man, I don’t know – so many angles are at play.

But really, the only thing that matters is what we do with the hand we’ve been dealt.

Yes, the campaign was bare-knuckled and bloody, as is the aftermath.

And my concern is for the millions who are life-interrupting distraught. And let’s face it, those enduring a mood or anxiety disorder may be right in the middle of the pack. Shoot, think about all of the ugly confrontation, the instability and insecurity. For folk who rely so much upon grounding, that’s a tall toleration order.

If you’re a member of the distraught pack (not PAC), I want you to keep in mind that as bad as you believe things are, this country endured a civil war that left close to one million dead. And 151 years later, we’re standing strong.

We’re not going to be wiped-out by what just happened, and its repercussions!

And one other thing. Two weeks ago I posted 13 Things to IMMEDIATELY Consider When You’re SPIRALING DOWNWARD (and scared). I’m thinking it’d be a good read right about now.

Could it be time to heal? Well, that’s your decision, but I’m asking you to give it some serious thought.

Next Post: How to SURVIVE the HOLIDAYS: Must I spell it out for you? (You know I will anyway)