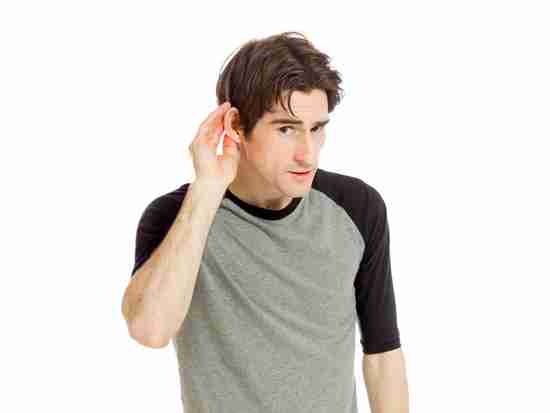 Anyone tussling with a mood or anxiety disorder will do most anything to secure relief. But how can we do those “anythings” if we don’t know what they are? I’ve wanted to do a piece on BDNF for a while. So it’s time to get after it…

Of primary importance, Dr. Phillips states there’s a well-established body of evidence implicating the involvement of BDNF in the biological generation of MDD.

You may be thinking, “Hey, Bill. You have way too much time on your hands if you’re biting your nails over writing about BDNF – whatever that is.” Well, I’ve been accused of worse, so why don’t I put my words where my mouth is, and you can decide if it was worth the sore fingertips.

BDNF (brain-derived neurotrophic factor), a protein, is a member of the neurotrophin family. Neurotrophins are incredibly important to everyone, but they’re huge for those enduring mood or anxiety disorders because they induce the development, function, and survival of neurons. And given how we blow through them in vital brain structures and neuronal networks, their significance in relief can’t be overemphasized.

BDNF, which acts upon specific neurons, is found in the brain and peripheral nervous system. And being the good neurotrophin that it is, yes, it helps support the survival of existing neurons. More than that, BDNF encourages the growth and differentiation of new neurons, as well as synapses.

So that means BDNF drives the hopeful and healing dynamics neuroplasticity and neurogenesis (don’t ever forget that!). Indeed, some refer to BDNF as “Miracle-Gro for the brain.”

In the brain, BDNF is especially active in the hippocampi (limbic system), cortex, and basal forebrain. All three are stars when it comes to learning, memory, and higher thinking.

Assorted studies have shown BDNFs involvement in conditions such as Alzheimer’s disease, Huntington’s disease, Rett syndrome, epilepsy, and dementia. And you can include emotional and mental disorders like schizophrenia, depression, OCD, anxiety disorders, anorexia nervosa, and bulimia nervosa. It’s even a regulator of drug addiction and psychological dependence.

Let’s take a look at the action of BDNF within the context of a disorder near and dear to our hearts: major depressive disorder (MDD). My source is the article “Brain-Derived Neurotrophic Factor, Depression, and Physical Activity,” written by Cristy Phillips, EdD. It was published on the open access scholarly research journal site, Hindawi. There’s a link waiting for you at the end, and I strongly encourage you to read the piece.

Of primary importance, Dr. Phillips states there’s a well-established body of evidence implicating the involvement of BDNF in the biological generation of MDD. She comments that reductions in mature BDNF have been noted in persons with the disorder, as well as in cases of suicide victims.

According to Phillips, the hypothesis goes like this: Stress-related alterations in BDNF levels take place in key limbic structures (primarily responsible for our emotional being), which generate the symptoms associated with MDD. The hippocampi and medial prefrontal cortex are particularly impacted. Fact is, atrophy of these structures may occur. And if that wasn’t enough, BDNF abnormalities contribute to the dysfunction of vital neurons in depression circuits.

But fret not, because optimization of BDNF levels facilitates resilience of neurons, as well as synaptic plasticity and remodeling. And we’re going to discuss how we can do that in just a moment.

How to Increase BDNF Levels

Again, BDNF levels can be increased. Better yet, some of the interventions can reverse limbic structure atrophy, as well as protecting against it.

Now, before we get into the information from our next “reliable source,” I want to mention several things that can work toward normalizing BDNF levels that the source doesn’t mention: transcranial magnetic stimulation (TMS), intellectual stimulation, increased glutamate (neurotransmitter) levels, and electroconvulsive therapy (ECT).

Okay, the following comes from the article “8 Ways to Increase BDNF Levels (Brain-Derived Neurotrophic Factor),” written by GLOOM, appearing on Mental Health Daily. I’m going to provide highlights, but to get the whole story read this excellent article. Yep, link at the end.

Keep in mind, these aren’t overnight sensations. But if you keep after it, results will be there…

The Rest Is Up to You

I can be a skeptic when it comes to relief and healing interventions for the mood and anxiety disorders. However, my gut tells me working with BDNF is the real deal. In fact, a psychiatrist buddy concurs.

Please keep in mind that BDNF directly impacts neurogenesis and neuroplasticity. And that means it generates empirical change. If you suffer from a mood or anxiety disorder, it doesn’t get better than that.

Do your due diligence and act, okay?

Next Post: Intermittent Fasting: Food for Thought for Brain Health. Yes, No?

Previous Post: Sensory Processing Disorders: Why They Matter to a Mood or Anxiety Disorder Sufferer