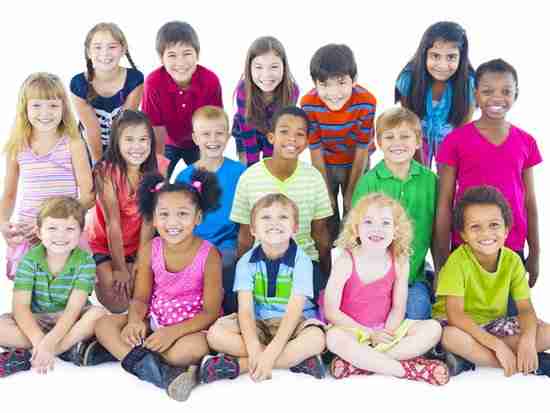 Being a kid these days: so much complex stimuli hitting right between the eyes – during a time of learning, growth, and innocence. Is it as trying as it seems? I would think so, but I’m not a kid. So you know what? I took it up with my granddaughter…

They look pretty sweet, don’t they. Seems they haven’t a care in the world. Makes me wonder if they’re actually having a rough go beneath the smiles, bright clothes, and togetherness. But I guess that’s my issue, not theirs. Still, wouldn’t you like to know – for sure?

I live with my nine-year-old granddaughter and five-year-old grandson. It’s interesting to observe how their world impacts them. Of course, how they manage the COVID-19 goings-on is of great concern. Along with their mother, they’ve been through a lot.

As I interact with, and think about, them, I have to be careful not to project my perceptions of the world onto them. I mean, just because I view the world as – at times – perplexing, frustrating, and crazy, doesn’t mean they do.

Interview with my granddaughter

Okay, so what’s it like being a kid these days? I really wanted to know. So I went to the source and conducted an off-the-cuff interview with my nine-year-old granddaughter. We had a great chat and covered quite a bit of ground. And, best of all, we enjoyed it.

What do you think of the world you live in?
I think it‘s a good place to be. I wish people wouldn’t throw garbage everywhere because it makes the world trashy.

What would you change about the world?
I would build more houses for the homeless people because they don’t have anything.

What do you think of people?
I think most people are nice, but some people are rude. When they see bad stuff on TV they want to turn bad.

How do people need to change?
They can be nicer and they can change how they live if they’re not healthy.

What do you think the world will be like when you’re a grown-up?
I think it will be the same, but we’ll have self-driving cars.

How do you feel about COVID-19?
It scares me because sometimes I think I have it when I’m sick. But mommy says I won’t get it because I’m healthy. I wish it would go away and never come back ever again because some people got really sick and lost their money and died. 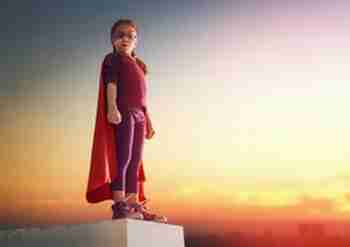 “I want to be a superhero and a teacher.”

How did you feel about remote learning last school year?
It was kind of tough at first, but it got a little bit easier when I learned how to do it. Distractions made it hard to hear my teacher, especially when my headphones broke.

Are mental illnesses real?
Yes. People get them because they’re stressed or angry and they can hurt themselves if they don’t talk about it.

What do you think of the internet?
It can be bad because people can hack you.

What do you think of having lots of money?
I would never want to be rich because I wouldn’t be happy.

What is love and is it important?
Love is kindness that spreads. It’s special. It’s a feeling that people get when they look at people they care about.

What would you like people to think about you?
That I’m nice, caring, helpful, kind, smart, and sweet.

What is the one thing you couldn’t live without?
My family.

If you could be anything, what would it be?
I want to be a superhero and a teacher

So what do you think? Out of the mouths of babes, right?

As her grandfather, I found it refreshing. Really, I was surprised how chill she was about the state of her world, especially the virus. And I have to tell you that her nonverbals portrayed the same sort of calm. She was aware, confident, and matter-of-fact.

Hmm, looks like I was wise to set my thoughts and feelings aside and go to the source.

The kids are good

Being a kid these days: so much going-on during a tender time. I’ve given you a taste of what it’s really like, at least according to my granddaughter.

But see what you can learn on your own. If you can, reach-out to a child and just chat. Catch the view from their side of the fence. You’ll both be better for it.

Yep, seems the kids are good.

Plenty more mood and anxiety disorder themed articles where this came from. Kick back and review the hundreds of Chipur titles.

Next Post: Blue light and the emotional/mental disorders: A hazardous combination

Previous Post: COVID-19: “Will it ever end?” Thoughts and suggestions