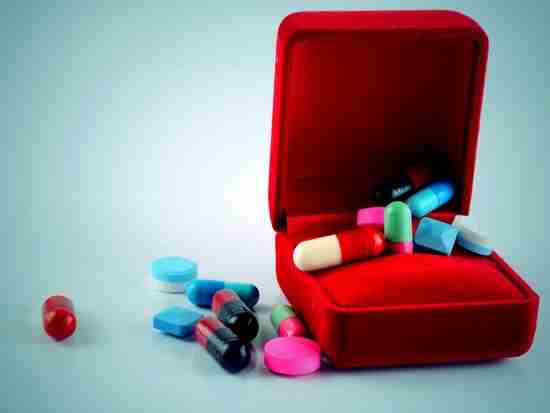 How to calm anxiety? How to manage panic attack symptoms and stress? A gift of relief would be wonderful. Unfortunately, the gift often given, and accepted, may unpleasantly keep on giving. The benzodiazepine chat is ongoing…

Cognitive effects can include short-term memory loss from the moment you start taking benzos, which is heightened with larger or longer-term doses. There may also be a greater dementia risk.

Received an email from staff at London’s KlearMinds expressing interest in presenting a guest post.

She even asked for my preferred subject matter. So, I requested a piece on long-term benzodiazepine use.

The primary reason for my request was seeing more and more cases of inexplicable cognitive and physical symptoms in folks who’ve used benzos for extended periods of time. The other reason was knowing there’s much more emphasis on the dangers of long-term benzo use in the UK vs. the US.

Negative Side Effects to Excessive Benzodiazepine Use

We’re all looking for that little pick me up to keep things ticking over, especially when we are at our most vulnerable. Many individuals turn to medicines to curb their emotions and, often, these treatments have been at least mildly successful in calming users down and giving them a more level head.

Benzodiazepines (as well as Z-drugs) are known for their use in anxiety sufferers, as well as those with sleep issues or other emotional/mental disorders. The thing about these drugs is they may work incredibly well in the short-term, often only being prescribed for two to four weeks.

Taking the drugs for any longer than is necessary can have a number of unwanted side effects. This can range from small things like occasional drowsiness to bigger issues such as full-blown addiction. Abuse of this medicine can make you worse off than you were before you started taking it!

A number of studies on these drugs have taken place by names including Professor Malcolm H. Lader of King’s College London. Many share similar views on the use of benzos and how damaging excessive use can be in the long-term.

The effects of these medicines can be categorised into three different topics: psychological, cognitive, and physical. The psychological symptoms of overuse tend to show up as paradoxical problems, meaning that all the symptoms you had prior to treatment get exacerbated, giving you bigger issues than you started with. You may also become more uncharacteristic in your actions, which may be made worse with alcohol.

Cognitive effects can include short-term memory loss from the moment you start taking benzos, which is heightened with larger or longer-term doses. There may also be a greater dementia risk.

Physical symptoms that indicate you may have taken too much of the medicine include rashes, weight gain, and impaired sexual function. If spotted early the effects of these symptoms can be managed and resolved in short order, but not everyone gets treated in time.

Benzodiazepines were first marketed back in 1960. Their original intended use was for those with debilitating anxiety or insomnia and even those suffering from seizures and epilepsy. And by 1988 advice from officials limited the marketing of these drugs as guidelines were put firmly in place.

It was during this same year that it was claimed that misuse of benzos was “of little or no consequence.” By 1991 it was reported that children between the ages of 13 and 14 were using the drugs for recreational use alongside MDMA and LSD, which is around the same time it gained popularity with alcohol and drug rehabilitation patients. People were exaggerating health conditions to their doctors to gain surplus tablets.

The street value of benzos around 2002 was about £1 ($1.36) a tab, making them one of the cheapest alternatives to hard drugs.

From 2004 to 2005 there were just under 20 million prescriptions for benzos and Z-drugs in England.

When 2014 rolled around it was already clear that these drugs were a cause for concern and became much more concerning when studies discovered that people who had used benzos in the past increased their chances of developing Alzheimer’s by up to a staggering 51%.

When suffering from anxiety, down with depression, or having sleepless nights there are many solutions out there for you. Yes, tablets may be a short-term option. If you think you need medication for your condition speak with your GP or psychiatrist and discuss the options. But before and after the discussion, do your due diligence. Of course, therapy needs to be #1 on your to-do list.

Thanks for the guest post, KlearMind. Lots of important info. By the way, the link in the previous paragraph will take you to a page on KlearMind’s website. While you’re there, browse. I think you’ll find some helpful tidbits. And if you live in the London area, be sure to check-out their services.

Okay, so more insight pertaining to benzodiazepines and their use. No way can we grab too much info.

How to calm anxiety? How to manage panic attack symptoms and stress? When it comes to benzos, the gift of relief may well unpleasantly keep on giving – for many years to come.

If you’re considering using benzos – or have been using them for an extended period of time – please take this article into consideration.

Plenty more where these came from. Check-out the Chipur titles.

Next Post: The Heartache and Healing of Substance Use Disorder | The Scoop on Cathy’s Inspirational Ebook

Previous Post: I tell myself, ‘I must go on.’ But why?