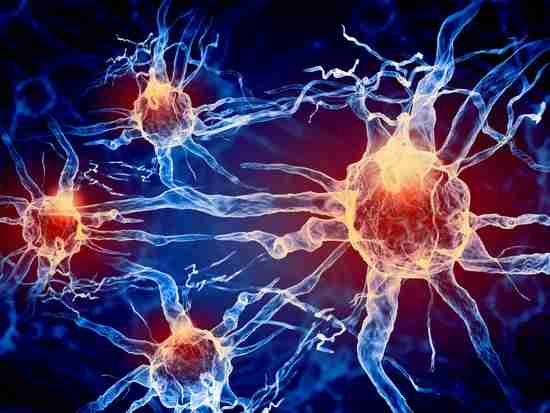 All those years ago, struggling with anxiety, panic, and depression. Understanding the anatomy and physiology of what my mind – my body – were up to was comforting. Still is. If you’re living with bipolar disorder, perhaps you feel the same.

…it’s possible that this hyperexcitability becomes too much for the cell to handle and it crashes into a less excitable state. That could signal the shift between the depression and mania that patients experience.

“Knowledge is power.” Often said casually; however, when it comes to what ails us, there’s really a lot to it.

They were hard days. And one of my few comforts was learning about what my brain and body were up to.

Not only did I find it fascinating, what I discovered assured me I wasn’t suffering from some yet to be encountered neurological disorder.

A new study from a Salk Institute for Biological Studies research team is one of the first to reveal the connection between bipolar disorder (BD) and neurons in the brain. And the gang found that the neurons of those with BD are way above average in sensitivity to stimuli.

As part of their work, the researchers wanted to determine why some patients respond to lithium, while others don’t.

The study results were published last month in the journal, Nature.

Researchers hadn’t all agreed that there was a cellular cause to bipolar disorder. So our study is important validation that the cells of these patients really are different.

This work is huge. If you’re living with BD, you know it can be a treatment nightmare. I mean, it’s a meds crapshoot. Lithium, atypical antipsychotics, antidepressants, anticonvulsants – who knows?

Searching for the cause of bipolar disorder

In endeavoring to get to the very foundation of the cause(s) of BD, Gage and team collected skin cells from six patients with the disorder. And they moved on to reprogramming the cells to become stem cells, and coaxed them to develop into neurons.

And then it was on to comparing them to those of people who had never been diagnosed with BD.

The results? According to study first author Jerome Mertens…

Neurons are normally activated by a stimuli and respond. The cells we have from all six patients are much more sensitive in that you don’t need to activate them very strongly to see a response.

And, by the way, the power-supplying mitochondria inside the cells were more active as well.

Of the six study patients, three had responded well to lithium. It did nothing for the remaining three. So now it was about determining how the patients’ cells actually reacted to lithium.

To do this, the study team let some of the neurons grow in liquid containing lithium and re-measured how sensitive the cells were.

Go figure, though neurons from both groups sure seemed identical – and equally sensitive – in the initial tests, they behaved differently when exposed to the lithium.

The stem cell-derived neurons were three to four times more electrically active than control cells and tended to burn themselves out. This was reversed by treatment with lithium, but only in cells that came from patients who had responded to lithium.

As it turns out, the team wasn’t able to account for why lithium works for some patients and not for others. However, the study results sre a great starting point for determining differences between cells.

And, certainly, the bipolar neurons create a platform from which more in-depth BD questions can be asked – and answered.

Okay, great – what’s all this to someone with BD? From Mertens…

Now that we have neurons that show differences in excitability, we can use these to screen for better drugs. If a new drug, for instance, reverses the hyperexcitability at the cellular level, it would likely treat bipolar disorder in patients.

Next, Gage and Martens plan to follow the affected cells for longer periods of time to see whether the hyperexcitability they measured is only an initial manic stage of neurons’ lives, or is longer-lasting.

And that’s big, because according to Gage…

After a few months, it’s possible that this hyperexcitability becomes too much for the cell to handle and it crashes into a less excitable state. That could signal the shift between the depression and mania that patients experience.

If you have bipolar disorder, does this information provide even a small amount of comfort and/or relief?

I know it doesn’t bring an immediate lessening of symptoms or help you avoid the meds crapshoot. But at least it sets the table for more work on the cause of bipolar disorder and its treatment.

Coming across information like this has always meant a lot to me – and fuels hope. Maybe you feel the same.

Would you like to read more Chipur mood and anxiety disorder info and inspirations articles? Do the titles.

Next Post: “If this isn’t nice, I don’t know what is.” | A Holiday Season Primer

Previous Post: The Benzodiazepine Dilemma: Man, I thought long and hard about posting this.