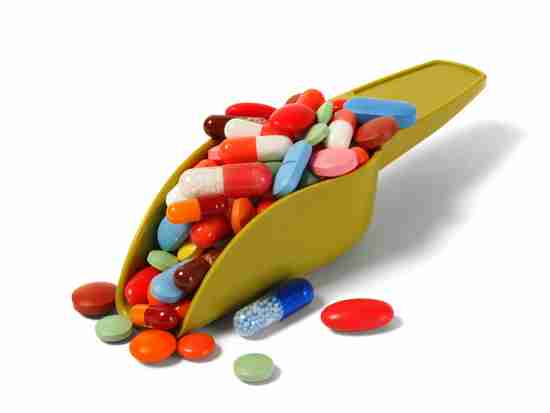 Any mood or anxiety disorder sufferer I’ve ever known has had a keen interest in meds. Makes sense. Though certainly not intended to be a stand-alone remedy, they can have the quickest impact. Last week we began a discussion of the bipolar meds scoop from 2019. Let’s continue, and wrap it up…

We got our series rolling last week featuring the work of psychiatrist Chris Aiken, MD from Psychiatric Times. We’re going to finish by turning to Dr. Aiken’s follow-up article Novel Approaches to Bipolar: What Worked, and What Did Not, in 2019.

Dr. Aiken is the director of the Mood Treatment Center and an instructor in clinical psychiatry at the Wake Forest University School of Medicine. You need to know that Dr. Aiken doesn’t accept honoraria from pharmaceutical companies.

Novel Approaches to Bipolar: What Worked, and What Did Not, in 2019

Dr. Aiken kicks things off by emphasizing that his first article, which we reviewed last week, addressed traditional interventions. The target of this go-round is novel approaches in the treatment of bipolar disorder. Remember, this is within the context of 2019.

N-acetylcysteine: Down, but Not Out

The anti-inflammatory N-acetylcysteine (NAC) is the primary antioxidant in the brain. It’s used to treat acetaminophen overdose, as well as respiratory and lung conditions. NAC has been studied as a treatment for numerous psychiatric disorders, including bipolar.

Well, according to Dr. Aiken NAC was the biggest floparoo of 2019. Seems it failed in three controlled trials of bipolar depression. And that’s a disappointment, given it showed promise in a 2008 trial.

Specifically, NAC ended-up working at month six for patients with subsyndromal depression who weren’t in full depressive episodes. Aiken cites this gem from the 2008 study: those who got better felt worse within four weeks of stopping NAC. Hmmm. 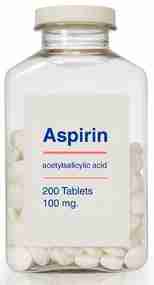 Dr. Aiken states NAC is a component of two developing stories in bipolar disorder: inflammation and mitochondrial dysfunction. Both play a role in the generation of bipolar and both are positively impacted by NAC.

But there were other anti-inflammatories put to the test in 2019. Celecoxib (Celebrex) and aspirin showed positive results as augmenting agents in bipolar depression. This underscored results from prior research.

Celecoxib was dosed at a twice daily 200 mg in augmenting escitalopram (Lexapro). Aspirin was dosed at a once daily 1000 mg as a NAC add-on. 81 mg twice daily worked in an earlier trial in the augmentation of minocycline (Minocin).

So much for the good news. The anti-diabetic agent pioglitazone (Actos) may have fared well in a 2015 trial, but crashed in 2019. Atorvastatin (Lipitor), despite having some nice earlier trial results for depression and cognition, failed to repeat in 2019. The 2019 trial focused upon cognitive function in bipolar and unipolar depression. Incidentally, it’s atorvastatin’s anti-inflammatory properties that deliver the psychiatric effects.

Okay, the mitochondrial theory. Eh, it didn’t produce in 2019. In the NAC trials, a cocktail of sixteen nutraceuticals with potential mitochondrial benefits was tested. Though included were compounds with known anti-depressant effects, the cocktail didn’t separate from placebo.

According to Dr. Aiken, the role of NAC in bipolar disorder treatment has been clipped, but not tossed-out. Fact is, NAC is one of a handful of therapies that can work for subsyndromal depressive symptoms – common particularly in bipolar II.

In animal studies, NAC also protected the kidneys against lithium toxicity. By the way, NAC is safe, low-cost, and well-tolerated.

Aiken reports that celecoxib is one of the better-studied anti-inflammatories for the treatment of bipolar and unipolar depression. Keep in mind, it’s better suited for short-term use, as using it long-term can increase the risk of stroke, heart attack, internal bleeding, and possible kidney toxicity. Still, short-term use needs to be reserved for treatment-resistant cases.

As he did in his first piece, Dr. Aiken has produced and provided a helpful chart…

I understand how much the development of meds for the mood and anxiety disorders means to anyone reading this. Don’t forget, I’ve been on this merry-go-round for a long time.

Yes, I know there weren’t any revelations in the series that would have you crack open the champagne. But given our current knowledge of the brain, and the rest of the body, we have to accept in-by-inch progress. I mean, what choice do we have? And you know what? I’m pleased creative research continues.

In the meantime, look to meds, but don’t forget they aren’t the only game in town. Be sure to research and implement non-med options as indicated.

Oh, before we part company: Do you think your psych med prescriber stays current on research? If you don’t, why not talk about it? Heck, bring articles like this to appointments. Just sayin’…

The original article in Psychiatric Times: Novel Approaches to Bipolar: What Worked, and What Did Not, in 2019

Be sure to read Part 1 of the Chipur series.

So many more Chipur mood and anxiety disorder-related articles are available to lend a hand. Dig-in.