“I don’t like standing near the edge of a platform when an express train is passing through. I like to stand right back and if possible get a pillar between me and the train. I don’t like to stand by the side of a ship and look down into the water. A second’s action would end everything. A few drops of desperation.” Sir Winston Churchill

I began a series yesterday focusing upon the supposed bipolar disorder that dominated Sir Winston Churchill’s life. Churchill referred to the depressive piece as his “black dog.” Well, let’s tie a bow on the series with what I believe is information that will provide you with enjoyment and inspiration.

There are many who remain outraged by the reports of Churchill’s bipolar disorder. And, of course, whether they realize it or not they’re implying such a great man could never have suffered from such an ugly disease. By the way, is that stigma, or what?

In fact, historians are quick to point out that it was likely the manic portion of Churchill’s bipolarity that made him so great. The fact of the matter is, the odds were incredibly stacked against Britain during World War II. And a leader without Churchill’s reported pathology would have been unable to inspire the British people to move forward. Had that dynamic not been there it’s quite possible the British would have rolled-over and succumbed to one Adolph Hitler. 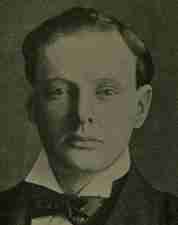 Historians report Churchill’s depression began in his youth. And we know depression typically hits the scene first as bipolar disorder approaches. Churchill was the son of a British Lord and a descendant of a Duke. His mother was the daughter of a New York financier and horse racing enthusiast.

It’s known that Churchill’s childhood years were unhappy and full of neglect. And his saving grace is reported to have been his nanny. In fact, it’s thought she introduced the term “black dog” to Churchill. As I mentioned in the first article of the series, it was a fairly common metaphor in those days used to describe feeling depressed and miserable. It was said, “I’ve got a black dog on my back today.”

It’s believed Churchill’s depressive episodes were of long duration and severe intensity. And it’s been noted they presented as a direct result of assorted events (exogenous) and often appeared out of nowhere (endogenous). Of course, the only treatment in those days for depression was psychoanalytic therapy.

So if Churchill was bipolar, where’s the manic piece?

Well, his friends described his emotional state as either extremely high or terribly low. Other signs of a degree of mania included his difficulty with personal relationships and his way-over-the-top enjoyment of World War I; which he referred to as, “this glorious, delicious war.” Other characteristics of note were his sarcasm, heavy-handedness, and ramblings that reportedly could go on for hours at a time.

But there’s more. Churchill endured ongoing financial woes because he couldn’t manage his gambling, impulsively spent, and lived beyond his means. It’s said a typical workday for Churchill began when he awoke at 8a and ended somewhere between 2 and 4a the next day. And he expected those working for him to do the same. Funny – inhibition certainly wasn’t a problem, as Churchill would think nothing of meeting with his staff dressed only in his custom-tailored pink silk underwear, walking around the house in the buff, and conducting meetings from his bathtub.

And Churchill was said to be a grandiose son of a gun; known for his disdain for others and their opinions, his self-assessment as a great man, his notion of his incredible destiny, and his rather dramatic behavior and speeches.

Finally, there was the matter of Churchill’s heavy drinking. It’s been noted he began downing whiskey and sodas shortly after breakfast. And how ’bout this – during a trip to the U.S. during prohibition, Churchill had his physician draft a note stating his consumption of alcohol was essential in maintaining his health. He also loved smoking cigars and pounded the richest of desserts.

Work is for me the antidote, not for any of the world’s ills, but for all of my own. Work keeps the black dog from the door, the blue funk on the other side of the window. When working well, my life falls into place; I needn’t search for life’s meaning but seem temporarily to have found it; I am, in a world not notably arranged for sustained felicity, as close to happiness as I am likely to get. That’s what’s in it for the talent–the sweet delight in exercising one’s gifts–and that is everything.

Wow! So did Winston Churchill endure bipolar disorder? Well, it sounds like it; however, for the purposes of our connection to him I’d rather focus upon his feelings, thoughts, behavior, and resilience – not his diagnosis.

The point is, Sir Winston Churchill endured so much with which we can so easily identify. And he moved forward, accomplishing great things, without therapy or medication – though he certainly seemed to have found his remedies. Oh, and he lived to the ripe old age of 90. This is an amazing man who lived an amazing life, under amazing circumstances. Much like the two of us, don’t you think?

Feelings and thoughts worthy of comment? Sure there are.