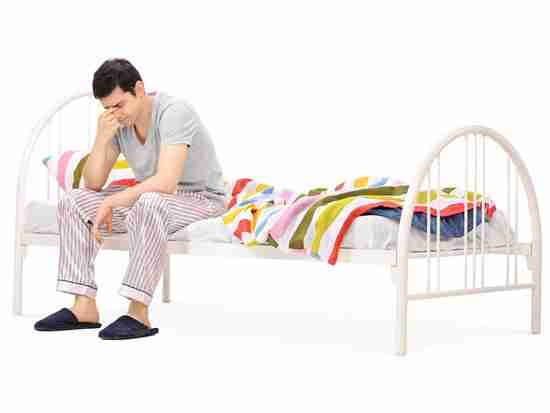 “This just has to stop. Not only am I waking-up two hours before the alarm, I can barely get out of bed when it’s time. And the dread, the heaviness, the hopelessness – the dark depression. Yeah, I can’t live like this anymore.”

For some, having a rough time getting after it in the morning is just the way it goes. “I’m not a morning person.” We hear it all the time.

But then there are those for whom most every morning is a deep and dark depressive hell. Now, they may feel better as the day goes on; however, it’s so hard to get through their frightening morning reality.

Want to tell you up front, we’re not going to get into “repairs.” Just not enough room. However, when you come to understand what may be causing your morning depression, you’ll be equipped to do your due diligence and pursue customized solutions.

Oh, before we get started, I want to mention this is Chipur article #700, dating back to July 28, 2009. Crazy, right? Wouldn’t have happened without my valued readers, so thank you.

To help us understand morning depression, we need to learn about something known as diurnal mood variation (DMV). Keyword, diurnal: behavior characterized by activity during the day, with a period of sleeping, or other inactivity, at night.

Okay, the good doctor kicks things off by stating diurnal variation (DV) with early-morning worsening is considered a core feature of melancholia. What’s that? Well, these days it’s used as a major depressive disorder (MDD) diagnostic specifier, which includes symptoms such as loss of appetite, excessive guilt – early morning awakening and worse mood in the morning.

Now, hear me out. Experiencing morning depression doesn’t 100% equate to having MDD – with melancholic features, no less. In fact, folk considered to be “nonclinical” can have diurnal mood swings. Indeed, studies have shown that mood follows a circadian rhythm with the lowest values around the time of our core body temperature minimum (4 a.m.”ish”). And any interruption in circadian rhythm can result in a mood drop – for anyone.

A few more tidbits from the doc’s work…

Dr. Wirz-Justice wraps things up by reiterating that mood changes throughout any given day are normal. If that’s the case, diurnal variation can’t be inherently “pathological.” Still, research tells us any misalignment of internal clock, sleep, and external light/dark cycle can generate mood changes – especially in vulnerable individuals (mood/anxiety disorders?). 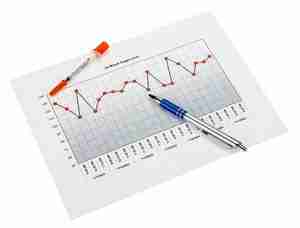 Let’s talk about the potential role of low blood sugar (hypoglycemia) in morning depression. Okay, a bit of biochemistry first.

Our blood sugar levels are chemically regulated by the hormones insulin and glucagon. Glucagon increases blood sugar, insulin decreases it.

Go figure, the amount of sleep we get impacts the release of glucagon and insulin. Hence, regulating our sleep patterns help keep blood sugar levels within the norm during our waking hours.

Now, blood sugar levels rise and fall during waking and sleeping hours. After at least eight hours of not eating, our blood sugar level is typically between 70-100 mg/dL. The level pops-up after eating; however, drops to less than 180 mg/dL two hours after.

With glucagon at work, our blood sugar levels start to rise in the evening and peak about three to four hours after falling asleep. And then along comes insulin to bring it down as an eight-hour sleep cycle ends. Could this drop generate morning depression? Hmmm.

Sleep-Deprivation and Other Effects on Blood Sugar

Fact is, “short-sleepers” have a much higher risk of developing impaired fasting blood sugar levels than “regular-sleepers.” Factors such as age, gender, and family history of diabetes can aid in determining the level of risk.

In either case, changes in mood tend to be temporary and will be reduced or cease when blood sugar levels return to target range.

The Transition to Reality Crash

As we tie a bow on this info-jam piece, I want to mention a phenomenon I’ve always believed to be at play with morning depression (and anxiety). I’ve affectionately named it the Transition to Reality Crash. And it especially applies to those who are, at baseline, lowish-mood or anxious.

Even in particularly depressed or anxious times, most of us can manage to pull-off at least a couple hours of sleep, leaving our woes behind. Yeah, but then it’s time to wake-up, and it doesn’t take long for our misery to resurface. Ouch!

It’s my opinion the onslaught can be a bit much to handle. And let’s keep in mind we haven’t had much time to crank-up our trusted defenses. Indeed, we’re rather – raw. Good news is, we can expect a significant improvement in fairly short order. The bad news is, getting through it is such a drag.

Believe it or not, “all done.” You really got your money’s worth with this piece, but the subject matter merited the word-count.

Morning depression is dark and awful, no doubt. However, with knowledge and insight, it’s treatable. And if you’re a sufferer, it’s my hope you’ll take what you’ve picked-up here and pursue those “customized solutions.”

If you have experience with morning depression, and have developed management strategies and techniques, would you share in a comment?

And don’t forget to read Dr. Wirz-Justice’s article. Well worth the time.

Yes, 700 Chipur titles await your perusal. Go ahead and check ’em out.

Next Post: The TOP 9 Supplements for Your Optimal Mental Health