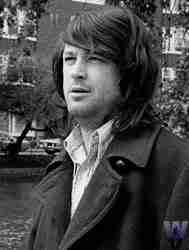 “My mind…worked to explain the inconsistencies that dominated my life; the pain, torment, and confusion and the beautiful music I was able to make.”

Those are the words of the great composer, singer, musician, and producer Brian Wilson.

You may know him as the one-time leader of The Beach Boys. To me, he’s an incredible human being – and my hero.

Took a road trip today and, first, dug through the CD collection for something I hadn’t listened to in a while. I came upon a Beach Boys greatest hits disc, and was thrilled when I recalled one of the tracks was “‘Til I Die.” It was written, produced, and sung by Brian.

I can’t tell you how many times I replayed it this afternoon. Nor could I begin to count the waves of goosebumps.

These things I’ll be until I die

Please do all you can to find a way to listen to the song. The music, and Brian’s production work, are chilling.

So how did Brian Wilson find the inspiration for writing such a song? The story goes that he made a late night trip to a beach somewhere in Los Angeles County. According to Brian himself, here’s what went down…

“Lately, I’d been depressed and preoccupied with death…Looking out toward the ocean, my mind, as it did almost every hour of every day, worked to explain the inconsistencies that dominated my life; the pain, torment, and confusion and the beautiful music I was able to make. Was there an answer? Did I have no control? Had I ever?”

“Feeling shipwrecked on an existential island, I lost myself in the balance of darkness that stretched beyond the breaking waves to the other side of the earth. The ocean was so incredibly vast, the universe was so large, and suddenly I saw myself in proportion to that, a little pebble of sand, a jellyfish floating on top of the water; traveling with the current I felt dwarfed, temporary. The next day I began writing ‘Til I Die’, perhaps the most personal song I ever wrote for The Beach Boys.”

Between what you just read, and the lyrics, can you relate to Brian Wilson’s circumstances and predicament? I sure as heck can.

And it takes me to places both disturbing – and healing.

By the way, I have to mention – it never ceases to amaze me that the man who wrote that song also wrote such wonderfully light pieces such as “Fun Fun Fun,” “Surfin’ Safari,” “California Girls,” and “Good Vibrations.”

One other note. Take some time and absorb the image of Brian I included. I chose it because it was in such sharp contrast to the images of him during the early Beach Boys days – neat haircuts, striped short-sleeved shirts, etc.

He appears so worn-out and directionless to me. Perhaps as he was when he wrote “‘Til I Die.”


The 69-year-old Brian Wilson remains musically active. Oh, I’m sure he’d be the first to tell you his emotional/mental illness and past drug abuse have taken their toll.

But you know what?

He kept moving forward, survived, contributes to the joy of others, and does what he loves (he’d probably like that rhyme).

Hmmm. That’s hero material, if you ask me.

Next Post: The Forest, Not the Trees: 8 Foundational Principles

Previous Post: How to Exercise for Depression & Anxiety Relief