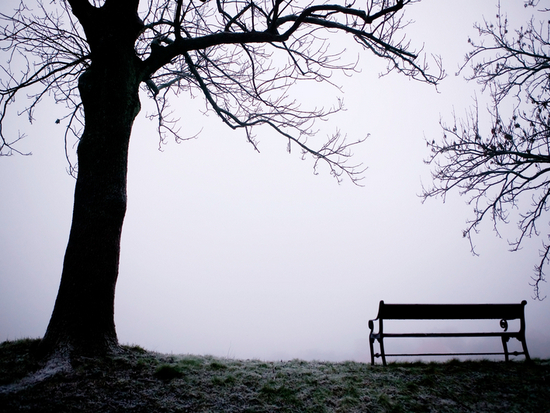 Seasons of life: they come and they go. Some of us sense and embrace them, while others could care less. And I wonder if it’s because they’re mired in a cold, dark, and empty season – that never changed.

Maybe you’re numb, except for feeling angry, because of all you’ve endured, and you forgot about the possibility of a change of season.

Take a look at our featured image. What do you feel?

Now, I spent close to an hour looking for one that expressed a whole lot of cold, dark, and empty. And my affect meter said I succeeded. Even my ten-year-old granddaughter thinks so.

Seems to me lots of hurt and frustrated folks have ridden out a portion of their season on that bench. I know I have. Heck, it’s available right now – and you know someone’s on the way.

Truth: my, and perhaps your, seasons of life most often come and go. However, for all too many the season doesn’t change. It just is.

So why am I writing about seasons of life? Think the topic and inspiration came to me in a dream? Nah, not this time.

I was sitting in church one Sunday morning and in his message the pastor referenced a “season of your life.”

I’d always found the expression cliché, but this time around relevance hit me square between the eyes. I thought to myself “Okay, a season of life – a period of time defined by life realities. I can accept that.”

Now in my late-sixties, I’ve been dealing with mood and anxiety disorder symptoms since I was a kid. So thinking about my, shall we say, adventurous history during the pastor’s message wouldn’t be unusual.

With that on my mind, as the pastor was banging home his point, even though I was in on relevance, I thought “How presumptuous of you. Sure must be nice to even have a change of season.”

‘Course, I soon realized I was flirting with self-pity. And as I injected a dose of reason into my thinking – hence feelings – I had to admit I couldn’t say my seasons had never changed. Nor could I say there weren’t any good ones.

Still, I afforded myself the luxury of lamenting my life’s misery – for a few minutes.

And your season of life? 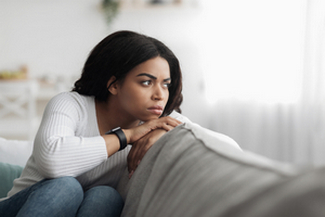 “I’m tired and I’m angry. Just tell me this season will change.”

Are you feeling as though your season of life just hasn’t, and won’t, change?

Maybe you’re numb, except for feeling angry, because of all you’ve endured, and you forgot about the possibility of a change of season.

How do you feel about it?

Now that you’ve been nudged, how do you feel about it?

Obviously, I don’t know what you’re going through emotionally or mentally. Um, recurring depression or mania, anxiety in some form, psychotic symptoms, a personality disorder or traits. Maybe it’s a troubling physical condition.

Hard hits of any of them can trigger a cold, dark, and empty season stall. And it feels just awful.

I’m telling you, though, it doesn’t have to be a permanent arrangement.

Do you want more?

Years back, I had an initial visit with a client in her mid-fifties. I didn’t inquire about her perception of seasons. However, if I had, my money says she’d have confirmed a stall. I mean, she’d endured intense emotional, mental, and physical challenges for years.

But you know what? The woman’s eyes still sparkled, and I told her so. Maybe most important of all, though, was giving her ninety minutes of my time – listening, encouraging, and just being with her in the moment.

Who knows? Maybe she experienced a change of seasons, even for a brief period of time. And if she did, she may want more.

They really do come and go

Are you mired in a cold, dark, and empty season that never seems to change? Lots of that going around.

Even if you’ve lost the sparkle in your eyes, don’t worry, you can get it back. And that season? It’s yours for the changing.

Seasons of life: they really do come and go.

Next Post: Were we just accidents waiting to happen?

Previous Post: Social Media: Is it time to take a break?