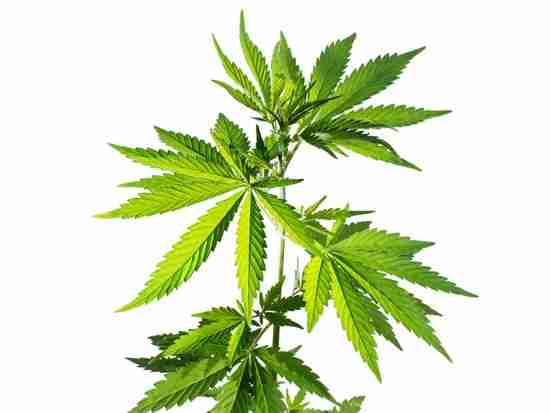 A number of folk have asked me about cannabidiol recently. Seems it’s being touted for depression and anxiety relief, and then some. Checking it out, I really believe it merits attention. So let’s have a look-see…

‘There is significant preliminary research supporting the potential therapeutic value of CBD, and while it is not yet sufficient to support drug approval, it highlights the need for rigorous clinical research in this area.’

Even though it’s inevitable, as a portion of the human condition, suffering is hell. And who wouldn’t consider all potential resolving angles?

As mood or anxiety disorder sufferers, we know about therapy, meds, meditation, yoga, exercise, diet, stress reduction, and on and on. On a per case basis, some work, some don’t.

That said, it’s important that we keep the relief agent funnel full. And that’s why we’re going cannabidiol this week.

Cannabidiol: What Is It?

Cannabidiol (CBD), extracted from the seeds, stalk, and flowers of the cannabis plant – including hemp and marijuana – is one of at least 113 active cannabinoids found in cannabis.

What’s a cannabinoid? Just one of a class of chemical compounds that acts on a cannabinoid receptor in cells that alter the release of neurotransmitters in the brain.

Unlike its pal, tetrahydrocannabinol (THC), it’s believed CBD isn’t psychoactive. However, it may have a downregulating influence upon thinking and anxiety. But, heck, if it didn’t, we wouldn’t be talking about it.

CBD is thought to have significant antioxidant, neuroprotective, anxiolytic, antidepressant, and analgesic properties. But let’s be clear, it’s not US Food and Drug Administration (FDA) approved for anything.

CBD is commonly available in capsules, drops, gums, and high concentration extracts. It’s even being used to enhance skin and beauty products.

So here’s the biggie question, before we consider anything else. Is CBD legal? Presenting the answer is tough enough for the US, so I’m going to have to back-away regarding other countries.

Laws vary by state in the US, though the Drug Enforcement Administration (DEA) considers CBD illegal under federal law.

CBD is “legally allowed” in 44 states. In the 28 states in which medical marijuana is legal, CBD products are covered by the same legal protection. Getting us to the 44, 16 states have passed CBD-only laws, which legalize the possession and use of CBD products for specific medical situations.

But keep in mind, most CBD-only states allow possession, but not licensed dispensaries, home cultivation, or any other supply infrastructure.

Just six states currently outlaw CBD: Idaho, South Dakota, Nebraska, Kansas, Indiana, and West Virginia. But even in these states, CBD arrests and prosecution appear to be a low priority.

Believe me, the legality of CBD is complicated, so I’m going to say it again: If you’re considering using it, check the law.

What Is CBD Being Used For?

CBD, reportedly non-psychoactive, wouldn’t sell like it does if it didn’t provide relief for specific conditions. And calls for ongoing research wouldn’t continue if something good wasn’t going-on.

Well, let’s take a look at some reports regarding CBD impact upon several conditions, keeping in mind way more research is indicated. I mean, just as one study says something positive, another study negates it…

So much is up in the air when it comes to the conditions for which CBD may be efficacious. If you’re considering use, you have to do your due diligence, including talking with your physician.

Plenty to think about when it comes to cannabidiol, don’t you think?

In closing, let’s take a look at portions of a 2015 presentation given to the United States Senate Caucus on International Narcotics Control by Dr. Nora D. Volkow, Director, National Institute on Drug Abuse.

Interest in the potential therapeutic effects of CBD has been growing rapidly, partially in response to media attention surrounding the use of CBD oil in young children with intractable seizure disorders…While there are promising preliminary data, the scientific literature is currently insufficient to either prove or disprove the efficacy and safety of CBD in patients with epilepsy. Further clinical evaluation is warranted.

In addition to epilepsy, the therapeutic potential of CBD is currently being explored for a number of indications including anxiety disorders, substance use disorders, schizophrenia, cancer, pain, inflammatory diseases, and others.

Pre-clinical research (including both cell culture and animal models) has shown CBD to have a range of effects that may be therapeutically useful, including anti-seizure, antioxidant, neuroprotective, anti-inflammatory, analgesic, anti-tumor, anti-psychotic, and anti-anxiety properties.

There is significant preliminary research supporting the potential therapeutic value of CBD, and while it is not yet sufficient to support drug approval, it highlights the need for rigorous clinical research in this area. There are barriers that should be addressed to facilitate more research in this area.

For the entire presentation, lay your eyes on “The Biology and Potential Therapeutic Effects of Cannabidiol.”

Don’t know about you, but I think we’re onto something here.

But please, if you’re considering using cannabidiol, thoroughly research medical applications and the law. And be sure to chat with your physician.

BTW, this piece isn’t a CBD recommendation (you knew that was coming, right?).

Hey, how ’bout some Chipur titles to peruse? I can fix you up.