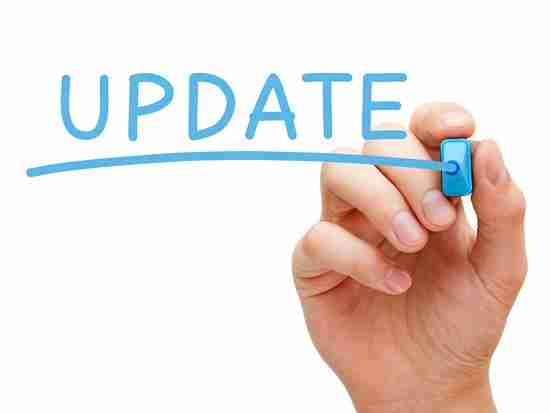 One psychological treatment that seems particularly promising is Enhanced Cognitive Behavioral Therapy (CBT-E). Oxford University psychologist Christopher Fairburn and his colleagues have made impressive strides with their recent treatment research in Europe…

Was spending some time this past week flickin’ through the usual sources for learnin’. An article on anorexia and the eating disorders caught my eye.

I posted a three part need-to-know series on the eating disorders some three-and-a-half years ago. But given National Eating Disorders Awareness Week ended February 28, I knew it was time for an update.

In response to National Eating Disorders Awareness Week, the Philadelphia College of Osteopathic Medicine presented this anorexia Q & A with Stacey C. Cahn, PhD, associate professor of psychology. For the sake of space, I’ve done some careful deleting…

What causes some people to develop anorexia?

Someone with a first-degree relative who’s had anorexia is at much greater risk. So individuals have varying levels of biological ‘predisposition’ to anorexia. General risk factors include low mood, a history of physical and sexual trauma, general family problems, and a parent with a psychiatric disorder.

Specific risk factors for anorexia include: being female, age (early-mid adolescence is prime time for onset), perfectionism, high parental conflict, highly demanding parents, and concerns about shape and weight (and subsequent dieting). Shape and weight concerns may be intensified by participation in competitive sports such as gymnastics, track, swimming, or dance – where shape and weight are often related to performance.

Why is anorexia more prevalent in women?

We don’t really know for sure. Anorexia is relatively uncommon – historically, only about 0.3 percent of the population suffers from anorexia. Of those who suffer from anorexia, only about 10 percent are male. It’s hard to get good data on a population that small. It does seem that cultural factors at least partially explain this gender discrepancy. Thinness is more central to our culture’s ‘feminine beauty ideal’ – there’s not an equivalent standard for men. Accordingly, men, overall, have less dissatisfaction with their bodies, and are therefore less likely than females to diet for weight loss, even if they are overweight. This disparity is significant because body dissatisfaction and dieting are risk factors for anorexia.

Are there any promising new treatments in development?

Anorexia is notoriously difficult to research and treat. Treatment effectiveness has generally been disappointing due to a host of factors including the ambivalence about recovery intrinsic to the disorder.

One psychological treatment that seems particularly promising is Enhanced Cognitive Behavioral Therapy (CBT-E). Oxford University psychologist Christopher Fairburn and his colleagues have made impressive strides with their recent treatment research in Europe – they’ve conducted rigorous clinical trials testing CBT-E for adolescents and adults with anorexia. Compared to earlier treatment outcome studies, a remarkable number of those who completed the treatment had maintained their gains five years after treatment.

Still, the most important predictor of positive outcome in anorexia is early identification and intervention. In general, the longer the duration of illness before treatment, the worse the prognosis.

So let’s dig-in to CBT-E just a bit. But, first, I gotta’ say how cool it is that good-old-fashioned (at times boring) cognitive behavioral therapy has taken-on customized faces. In addition to this enhanced version, there’s CBT-I (insomnia), Dialectical Behavior Therapy (DBT), and more.

Okay, CBT-E is a “transdiagnostic” (approach to understanding psych disorders outside the structure of diagnosis) highly individualized treatment specifically for eating disorders. With those who aren’t significantly underweight, CBT-E typically involves an initial assessment, followed by 20 50-minute treatment sessions over 20 weeks. With people who are underweight treatment needs to be longer, often involving some 40 sessions over 40 weeks.

Generally a review session is held several months after completion of treatment, during which remaining or emerging problems are addressed.

Oh, earlier I mentioned the three part need-to-know series I posted several years ago. How ’bout some links?

Props to sciencedaily.com for the inspiration.

Next Post: The Ruminating Dilemma | Understanding and Solutions (Yanking the Velcro)