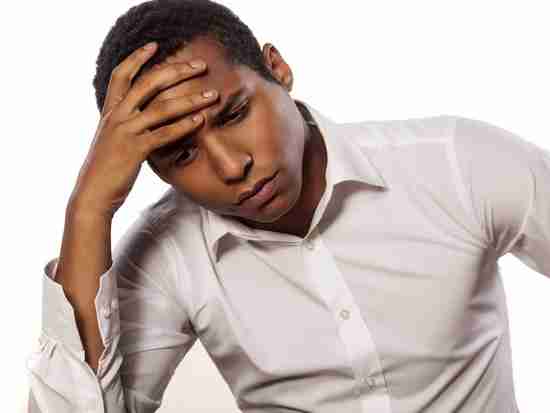 This mood and anxiety disorder business can be absolutely brutal. And until there’s a cure, we have to find, and try on for size, as many psychological and biological insights and interventions as possible – and roll with those that fit. Put cognitive dissonance at the top of your list…

When we’re invested in a given perspective, when confronted with disconfirming evidence, we’ll devote great energy to justify keeping the challenged perspective.

Cognition: the process of acquiring knowledge and understanding through thought, experience, and the senses. As a result: our perceptions, sensations, intuition, beliefs.

Dissonance: a tension resulting from the combination of two disharmonious or unsuitable elements.

Already, can you see how CD has the power to generate mood and anxiety symptoms – not to mention exacerbating them?

Psychologist Leon Festinger got it all started in 1957 with his book, A Theory of Cognitive Dissonance.

Festinger submitted that humans strive for “psychological consistency” between their personal expectations of life and how life actually plays-out. To function within the context of the expectation of consistency in the real world, dissonance reduction has to be practiced. And that’s because it’s an effort to continually align cognitions (perceptions of the world) with our actions in the world.

According to Festinger, when a person experiences internal inconsistency, s/he becomes psychologically uncomfortable – the mental discomfort/psychological stress mentioned above.

Again, this mental discomfort/psychological stress may well result in what you, with a shrug of the shoulders, believe are symptoms of assorted mood and anxiety disorders. Have you ever experienced a mysterious and deep feeling of overwhelming emptiness, darkness, anxiety, or tension? I mean, you just can’t put your finger on what’s going-on. Hmmm, CD?

Well, it makes perfect sense that in this perceptual state we would become motivated to do all we can to reduce our cognitive dissonance.

Always keep this CD “law” in mind: When we’re invested in a given perspective, when confronted with disconfirming evidence, we’ll devote great energy to justify keeping the challenged perspective.

Can we say CD is about “half-truthing” ourselves, even outright lying? Well…

CD is such an effective tool, we’re also apt to use it when we seek to…

You knew I was going to ask. Is CD hitting home with you? Are you eyeball deep in it?

Cognitive Dissonance: So Now What?

Okay, we’ve defined CD and learned how miserable it can make us feel. So now it’s about turning it around.

No magic here, people. Positive results will only come from hard work – every day. And as with most anything we choose to correct in our neck of the woods, the first step is always self-awareness. Acceptance is right up there with it.

How could we ever hope to change if we have no idea what’s going-on, much less refusing to own it? If you weren’t aware of cognitive dissonance, and how it presents, you are now. When you find yourself in the midst, blow the whistle. Take a look at what you’re really trying to accomplish and make indicated adjustments in cognition and behavior. Catch it. Challenge it.

Finally, learn as much about CD as you can. Research (and apply)!

Seriously, I don’t have to tell you how brutal mood and anxiety challenges can be. But do I have to tell you we create – often beneath conscious awareness – a significant portion of what ails us?

Cognitive dissonance is the perfect example. Awareness catches it and the rest is about acceptance, commitment, and hard work. You can do this…

(Props to Wikipedia for an extremely strong article.)

Hey, if you’re struggling with mood and/or anxiety misery, there has to be at least one Chipur article that can come to your rescue. Here are hundreds of titles.

Next Post: TEMPERAMENT: Onboard and READY to ROLL. Why It Matters NOW.

Previous Post: The NEUROGENESIS Theory of DEPRESSION: Have We Reached the Promised Land?