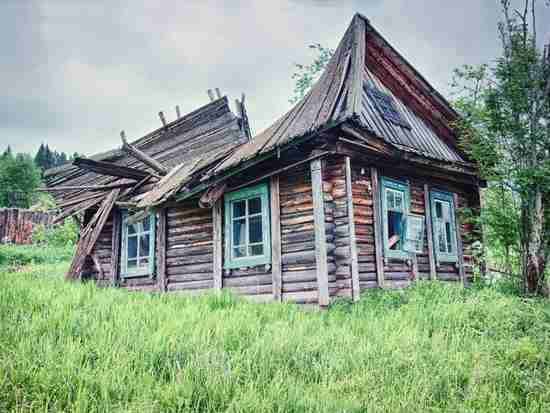 What we think drives how we feel. I buy that. You? So that means if we restructure distorted thoughts, we can expect improved mood and decreased anxiety. I’m in. But is cognitive restructuring an automatic fix just because the manual says so? Operating on that assumption is a disastrous mistake…

Though I believed in the power of cognitive restructuring, how I perceived it was highly polarized. I mean, it either 100% worked right-away (no “What ifs?,” etc.) or it didn’t. But that wasn’t at all reasonable – or fair.

So you’ve wrestled with depression and anxiety seemingly forever, in spite of working with a counselor or two. Oh, they were decent enough, but, ehh – things just didn’t work-out.

Well, after tolerating the symptoms du jour for a few years, you decided to hit the counseling trail once more. You read about the wonders of cognitive behavioral therapy (CBT), so you found an “expert” and scheduled-up.

The two of you got down to biz and she referenced the CBT manual, filling you in on all things cognitive theory and therapy.

You learned about schemas, cognitive dissonance, and automatic thoughts. And then you moved-on to cognitive distortions, those erroneous – evil – thought gems that get us in so much depressive and anxious trouble.

You liked the material, as it all made perfect sense. So now it was time to approach feeling and behavior change, which meant first focusing upon cognitive restructuring. I mean, without turning-around those thoughts of yours, how could you hope for any measure of relief?

The techniques were many and amazing. To name a handful…

Taking It to the Lab of Your Life

The time had come for the rubber to meet the road, selecting a technique and taking it to the lab of your life.

You chose decatastrophizing because you’d lost track of the number of times your torqued-up anxiety generated a “What if?,” causing you to back-away from a situation – the whole mess melting you into a puddle of depression.

To put decatastrophizing to work, you decided to focus upon your fear – and avoidance – of freeway driving. With the guidance and encouragement of your counselor you began an exposure/practice regimen. And your expectation was the total extinction of the “What ifs?” that accompanied your freeway driving.

Well, you’d worked your program faithfully for several weeks and were left with nothing but frustration and despair. Oh, you had to admit driving on the freeway wasn’t quite as terrifying. However, the “What ifs?” hadn’t gone away.

You defaulted to believing yours was a dead-end mission, one you needed to kick to the curb.

Okay, here’s your disastrous mistake – one that any of us could make. When it came to decatastrophizing, you quickly learned that the “What ifs?” weren’t going anywhere.

That was a cruel sock in the gut, because truth be known, you believed the freeway driving “What ifs?” were going to be in your rear-view mirror – forever.

And when you found out that wasn’t the case, you were devastated. You even believed you were destined for a life of torturous depression and anxiety. Yep, you were right on the very edge of believing there was no hope, and you would be “sick” for the duration.

Years ago, I was actually in the very same place. Though I believed in the power of cognitive restructuring, how I perceived it was highly polarized. I mean, it either 100% worked right-away (no “What ifs?,” etc.) or it didn’t.

But that wasn’t at all reasonable – or fair.

Today, I continue to respect cognitive restructuring’s power. However, I no longer expect it to remove those initial “What if?” reactions. See, I’ve come to know such knee-jerk responses are a manifestation of what I call my “leanings.” Hey, that’s just how I roll.

And in accepting that, I become ready and able to call upon cognitive restructuring techniques after my leanings-driven initial reaction. It’s after the smoke clears that I can tap-into – and utilize – reason and good common sense.

Absolutely, what we think drives how we feel – and behave. So we need to do all we can to identify and un-kink distorted and destructive thoughts.

Cognitive restructuring is a great arrow to have in our quivers. But we have to get past manual-based expectations and be flexible with it.

I’ll go out on a limb and say it: In many cases, cognitive restructuring won’t remove the initial reaction driven by our leanings. Please don’t make the disastrous mistake of believing otherwise.