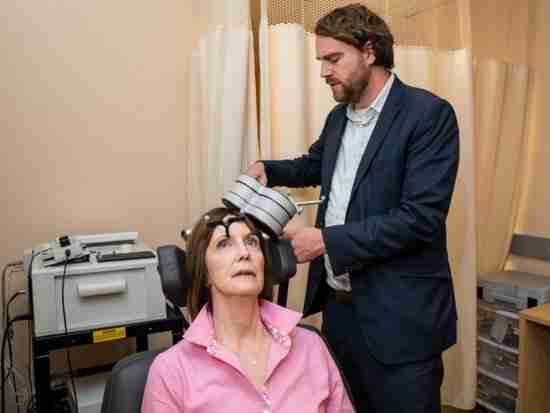 Crippling depression: if you live with it, would it be comforting to know you may have a SAINT in your future? Let’s talk about a stunningly effective new depression treatment.

Be sure to read the important update at the end of the piece.

I bumped into a Stanford Medicine news release not long ago that nearly knocked me off my chair.


The headline read “Stanford researchers devise treatment that relieved depression in 90% of participants in small study.”

See what I mean?

What I read was fascinating and hopeful; however, since the release stated a larger, double-blind trial was soon to be conducted, I decided to wait for the results before bringing you the story.

And here it is

The double-blind study had been conducted. Okay, the efficacy dropped by 10%, but are you kidding me? I was more than in.

The TMS treatment approved for depression by the FDA in the US and NICE in the UK requires six weeks of once-daily sessions.

Some 50% of patients report improvement and right at 33% experience remission.

Amp up the power

In developing SAINT, the Stanford research team wanted to amp up the power of TMS.

Upon discovering that 1,800 pulses per session (600 for traditional TMS) was safely being used for the treatment of neurological disorders, such as Parkinson’s disease, the team went with it.

When they found studies that indicated accelerating treatment could improve outcomes, the team decided to go with 10 sessions per day of 10-minute treatments with 50-minute breaks in between.

That generated depression relief in an average of three days. 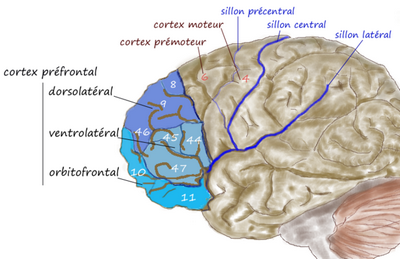 In French, no less.

Then it was on to more precisely targeting the stimulation.


In traditional TMS, stimulation is aimed where the brain’s dorsolateral prefrontal cortex (DLPFC) is most often located. You can see it above.

The DLPFC regulates executive functions, such as working memory, attention, planning, and reasoning.

The team used MRI to actually locate the individual’s DLPFC, as well as a specific subregion that has a working relationship with the subgenual cingulate – an area known to be overactive in people experiencing depression.

Safety and side effects

Again, safety: participants’ cognitive functioning was tested before and after treatment. Not only were no negative effects found, the participants’ ability to switch between mental tasks and solving problems improved. That’s a classic sign of depression remission.

SAINTS’ reported side effects have been temporary fatigue, headaches, and some discomfort during treatment.

The team plans to review the efficacy of SAINT in the treatment of other conditions, including OCD, substance use disorders, and autism spectrum disorders. 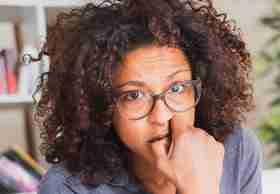 “This SAINT thing is fascinating and hopeful. You have my attention.”

It’s important for us to review the workings and results of the double-blind study discussed in the October 28, 2021 Stanford Medicine news release. The study was published in the American Journal of Psychiatry on October 29.

There were 29 study participants, ages 22 to 80, who suffered from depression for an average of nine years. The participants had used meds, but they either stopped working or never did.

Half of the participants were treated with SAINT – administered as described above – while the others received a SAINT mimicking placebo treatment.

After five days of treatment, 78.6% of the SAINT group reported they were no longer depressed. The team used several standard methods of evaluation.

Within four weeks post-treatment, 12 of the 14 SAINT treated participants improved, 11 of them meeting remission criteria. From the placebo group, two of the 15 met criteria.

That’s huge, and the study team hopes SAINT can be used to quickly treat individuals who have reached their crisis point.

In facilitation, the team would really like to see SAINT available in emergency departments and psychiatric units to treat emotional/mental emergencies.

Think about how fabulous all of this is.

And I love the fact that it’s a non-med treatment. Well, let’s look forward to near-future developments.

By the way, I’ve provided links to the Stanford Medicine news releases below. Each contains a touching personal SAINTS great outcome story.

If you’re doing all you can to survive crippling depression, is it hopeful to know about SAINT?

I understand it isn’t immediately available, but the fact that it’s in the pipeline – and delivering remission – is really encouraging news.

Is there a SAINT in your future? Hold onto hope.

Update 9.17.22: On September 6, 2022, the FDA issued a 510(k) clearance for Magnus Medical to commercialize the SAINT protocol. It will be known as the “SAINT Neuromodulation System,” with a launch goal of late-2023. In the interim, Magnus will continue to conduct research aimed at using SAINT more broadly and in the treatment of other psychiatric disorders. Perhaps you’d like to read the Magnus announcement.

Next Post: It’s the Holiday Season: 12 ludicrous tips for survival

Previous Post: Attachment: Why it’s important to know your style