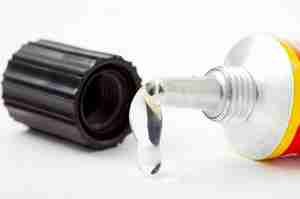 “If I’m going to have obsessive compulsive disorder, you’d better believe I’m going to do all I can to whip it. I’m diggin’-in!”


And dig-in she did. In her quest to learn all she could about obsessive compulsive disorder, OCD treatment, and how to beat anxiety; my client turned to d-cycloserine. This is fascinating stuff. More importantly, immediately relevant.

Cycloserine (Seromycin) is an antibiotic used as a second-string treatment for tuberculosis. Ah, but it’s being trialed as an adjuvant (serving to aid or contribute) to exposure therapy – as a cognitive-behavioral therapy (CBT) – for obsessive compulsive disorder, other anxiety disorders, depression, and schizophrenia. Now, I’ll emphasize the word “trialed.” This is young science; however, d-cycloserine (DCS) is definitely being used as a cognitive enhancer with very promising results.

The Biology of It All

Exposure therapy is all about fear conditioning and extinction learning. The anti-psychobabble flow here is very simple – as it so often is: we learn to be afraid through conditioning, and the goal of exposure therapy is to gradually weaken conditioned responses until they’re very tolerable or completely go bye-bye (extinction). 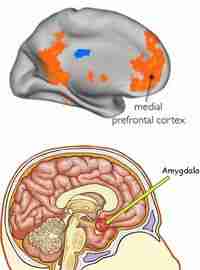 News flash! Front and center are cognitive processes (thought, reason, memory, etc.) and changes – and biology looms large. When it comes to extinction, it’s all happening in the medial prefrontal cortex and basolateral (at the base and side) nucleus of the amygdala. There they are stage-left.

On to biochemistry. Our most abundant neurotransmitter, glutamate, facilitates LTP; and the action takes place at glutamate’s NMDA receptor. Oh, we need to add the organic compound glycine to complete the players roster. By the way, would you like to learn more about the importance of the NMDA receptor in the mood and anxiety disorders? Check-out my piece on the antidepressant in development, GLYX-13.

D-cyloserine is a partial agonist (a chemical that binds to a cell receptor and triggers a response) at the glycine recognition site of the NMDA receptor. Again, it has been identified as a potential cognitive enhancer that can augment exposure strategies used within the context of CBT. Trial outcomes?

Research is telling us DCS is more likely to accelerate than amplify exposure procedures. It’s important to point out that some trials found DCS was only effective for more severely suffering patients. That indicates there are likely key patient and facilitator variables involved in predicting treatment outcomes.

Now, then, dosing and dosing scheduling are mighty considerations. Trials are indicating a single 50 mg dose works best. And it’s important to ensure DCS’s effects coincide with the dynamics of the extinction learning process. That said, studies administering DCS immediately before or after exposure realized the best outcomes.

Yes, timing is huge here because of the possibility of reconsolidation of fear memories. That means previously consolidated memories can again present through reactivation of the memory trace. And that’s why DCS can make “good” exposures better and “bad” exposures worse. So the future calls for identification of individuals who are likely to benefit from DCS augmentation. Once again here on Chipur, we’re talking personalized medicine.

Zowie, huh!? Tons of information, I’d say. And hopefully I made reading and absorbing it marginally civil. Fascinating stuff, I believe. As I said, the science here is young; however, I’ll reiterate DCS is being used to augment CBT – right now – and there’s no reason why you can’t give it a go. My client sure did. Yep, she visited with her primary care physician, bringing her research with her. Come on, why not?

Listen, if you’re spending every ounce of personal energy learning how to beat anxiety or, say, obsessive compulsive disorder – or are considering OCD treatments; ya’ gotta’ think outside of the box and be willing to take some risks. You can’t just sit still and accept treatments your psychiatrist or therapist may happen to toss your way.

D-cycloserine: do your due diligence and consider rolling the bones. Again, why not?

Crucial to this piece was the hard work of Stefan G. Hofmann, Jade Q. Wu, and Hannah Boettcher: “D-Cycloserine as an augmentation strategy for cognitive behavioral therapy of anxiety disorders”

Next Post: I Believe in Happy Endings, and Love | A Confession and a Poem