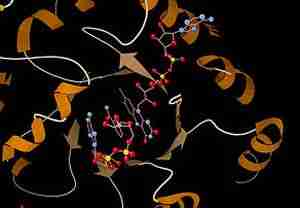 “I‘m so tired of being depressed. But I’m even more weary of wondering which antidepressant is right for me – I’m on #4. Why are meds for the mind such a crap-shoot?”

How horrible it must be to feel so desperately depressed, and have zero luck with antidepressants. It’s the cruelest sort of tease, isn’t it? However, so it often goes with most any psychotropic. Ah, but perhaps the times – they are a changin’…

Personalized medicine is a medical model that supports medical decisions, practices, and/or products being tailored to the individual patient. Well, what better way to customize medical care than to work with the very foundation of who and what we are – genetics.

Genomind’s core product is the Genecept Assay – a tool for understanding genetic and biological markers that best inform responses to psychiatric treatments. Now, the assay doesn’t predict disease, and it isn’t a diagnostic tool. Its sole purpose is to assist licensed and prescribing clinicians in more quickly finding appropriate/effective treatments based upon a patient’s physiological and genetic profile.

With this science, treatment options can be more thoroughly addressed for situations such as depression, bipolarity, the anxiety disorders, attention-deficit/hyperactivity disorder (ADHD), and schizophrenia.

So how does the assay work its “magic?” It consists of a proprietary panel of biomarkers, an analytic report, and the availability of a consultation with a psychopharmacologist.

Crankin’ up the assay is simple. When the ordered test kit is received, the patient deposits (okay, spits) a small amount of saliva into a tube. The ordering clinician sends the sample to Genomind’s lab. Within three to five business days the DNA is analyzed, and a results report, with interpretation, is sent to the clinician. Cool thing is, a psychopharmacologist is available for consultation.

The assay examines key indicators such as gene variations, how the body metabolizes specific drugs, and how the drugs effect the body. Let’s take a detailed look at what Genomind takes into account…

Wow, huh? Now, as exciting as this science is, it’s young – and has its detractors. Still, most agree it’s time to get the technology rollin’ and work out the kinks along the way. Studies and refinements continue.

Incidentally, the Genecept Assay, and like services provided by other personalized medicine companies, is covered by many health insurance plans. ‘Course, if one has the cashola (I’m told between $500-$750) they’re all set. Genomind states it has a patient assistance plan, and I’m assuming other companies may, as well.

Oh, forgot to mention – a client faxed me his Genecept Assay report last week. Very thorough and telling – and his psychiatrist for sure used it in formulating his meds recommendations.

Hey! Are you depressed and struggling with which antidepressant is right for you? I believe this science could be super-helpful. Why not run it by your prescribing physician during your next visit?

More Chipur articles await your perusal. The biology and psychology of the mood and anxiety disorders? Meds, supplements, and devices? Plenty of meaningful information to be had. Please dig in.

Next Post: PANDAS | Obsessive Compulsive Disorder in Children and Child Anxiety (Not the Bears)