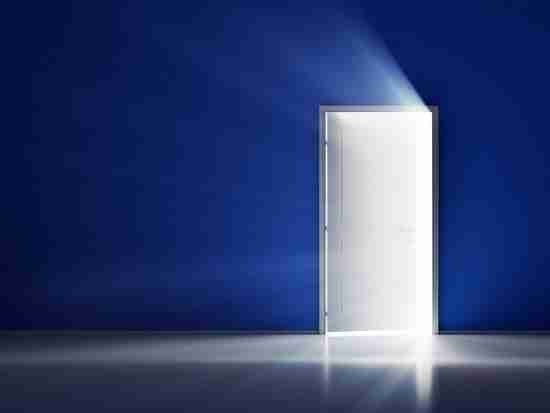 Received an email several weeks ago from a UK reader. Included was an article he wrote about his depression experience. He said it was the first piece he’d written about the subject, and the material was very personal…

I wish I could regain that ignorant enthusiasm, as Emil Cioran pointedly notes – ‘Depression destroys the ignorance of life and death, but I long for being ignorant, I fantasize about the bliss of ignorance.’

Michael wondered if I’d be willing to post the article on Chipur. “Yeah,” I thought. “Let’s do it.” So since he said you can come in, I’m pleased to bring you “Depression According to Michael.” He has a lot to say, so kick-back and get comfy…

Depression has once again come to the fore in recent weeks: The tragedy of the Germanwings flight which killed 150 people (March 24, 2015) and the subsequent investigation revealing co-pilot and suspected killer Andreas Lubitz had long suffered from mental illness.

Highlighted were the stigma and negativity surrounding the emotional/mental disorders, as a narrative was formed that it was depression which drove Lubitz to commit such a heinous act.

I believe the discourse on depression must become more informed. Embroiling depression in such negativity stigmatizes sufferers and can prevent many from speaking honestly about their illness.

To understand it better, those who have suffered must share in order to offer a nuanced viewpoint and help change the current narrative.

Depression According to Michael

For me, there was no specific moment. It crept up on me similar to how night creeps up on the day. But the night lingered. It started innocently, declining invitations to go to social occasions with friends, not speaking with someone as often as I once did.

Gradually I began to detach myself from my friends, replacing them with the four walls to which I was self-confined. Friend’s attempts to communicate and cajole me to engage with them were often met by pithy excuses veiling firm rejection.

My need to be alone was burning.

Within the confines of my four walls, alone with my thoughts, my interior despondency grew. I could no longer comprehend how others so nonchalantly carried on living their lives with such ignorant enthusiasm, not burdened by this overwhelming sense of insignificance, which occupied my every thought.

It all seemed absurd to me.

The mere sounds of people conversing, the clamor of the streets – everything seemed so loud and unyielding. This cacophony of enthusiasm and existence became an unbearable din.

Silence and solitude seemed the only remedy.

My self-confinement isolated me from the external trappings of life. This detachment secluded me with my melancholy. I had become an abyss which consumed any appetite I once had for life. It wasn’t just my hobbies and other pleasurable activities which fell into the abyss; routine responsibilities, which to others are practically reflexive, fell too.

The darkness of my internal melancholy was projected into my external space. I kept windows closed and blinds drawn. There was an odd sense of comfort in my shadowy solitude. Misguided? Yes. But comfort, nonetheless.

The Grotesqueness of Depression

In this debased comfort, my inability to perform the routine responsibilities exposed me to the grotesqueness of depression. My motivation was null, replaced by an unappeasable weariness. The simple task of getting out of bed was beyond my capacity. I could no longer eat regularly or, indeed, healthily. One meal a day – often a takeout – would suffice, limiting my exposure to the external world and its jutting enthusiasm.

Brushing my teeth and other general healthy practices also fell by the wayside. I would look in the mirror and see what I had become. My gaunt, wan appearance was a manifestation of the internal grotesque, furthering my self-loathing.

Sleep and the Hopelessness of It All

My chronic fatigue restricted me to my bed wherein sleep offered me escape. It allowed me to avoid any possibility of engaging with the outside and granted me relief from my hopeless contemplations. Sleep was my true solace. Yet it only furthered my isolation.

I would regularly sleep during the day conveniently using it as an excuse for the missing of university classes and the shunning of friends. The warm embrace of sleep though is only temporary. I would always awake to the darkness, somehow still tired – still exhausted.

These actions became habit, which only reinforced my feelings of hopelessness. Though despite this I never felt sad. Sadness, I find, is more associated with situational depression which normally arises, for instance, in the aftermath of the death of a loved one – in which sadness is immanent. Mine was not borne of such circumstance.

It was the hopelessness and the pointlessness of life – the futility of living – which encumbered my thoughts. Such thinking can easily spiral into the very nature of life and death. These thoughts when accompanied by self-loathing can lead to dark places. I’ve never truly considered such action (suicide), but the thoughts have been present and they can placate you at the lowest moments – an everlasting comfort. The kinds of which sleep only briefly affords.

And Life Goes On

It took months for me to finally seek help, the process of which started when a sudden clarity of mind embraced me. Its arrival, then unexpected, is one I have grown accustomed – bouts of depression punctuated by periods of normality.

By this time my attendance at university had become non-existent, all work assignments supplanted by mindless procrastination. I had rarely communicated with friends and my weight had dramatically decreased. Medications soon followed, and my life regained some semblance of normalcy – those once brief periods of clarity mercifully lengthened.

You are, though, never truly free of this disease. It continues to inform my thoughts on the periphery. I have at times fallen back into its dark abyss and cannot imagine a future free of its poisonous presence. I have yet to witness the charm life once expressed. Its chaotic and fragile nature cloud my picture.

I wish I could regain that ignorant enthusiasm, as Emil Cioran pointedly notes…

Depression destroys the ignorance of life and death, but I long for being ignorant, I fantasize about the bliss of ignorance.

This story is my subjective experience of this illness. It may resonate with some who have similar experiences, yet it may only capture a partial experience of others. Whilst depression has many common attributes, how it affects people is often informed by their own internalized perception of life, their current circumstances and a myriad of other issues.

Thus, symptoms manifest themselves in accordance with your own internal tragedy. Some people isolate themselves, some self-harm, some complete suicide, some people do none of the above. It’s this variance in reactions to the disease which often confound those who do not understand it.

This is an issue which must be further explored and discussed to prevent people with depression from being demarcated by the misleading, often negative, narrative which clouds the current discourse.

Our understanding must improve. Depression is currently the most common type of emotional/mental illness in our society, and it has been estimated that by the year 2020 depression will be the second leading cause of disability throughout the world.

We have to remove stigma and negativity, and debunk the myths often propagated by mainstream media surrounding this disease before we can establish a social understanding wherein discussing and admitting you suffer from depression elicits no negative reactions, which would otherwise prevent you from doing so.

Only through honest discourse can we begin to fully understand its nature, allowing not only medical personnel, but also friends and family, a greater insight into the feelings and behaviors of people who are suffering from depression.

Through this, more effective and comprehensive treatment can be tailored to combat this disease.

Really, what could I possibly add? I just want to thank Michael for dropping me a line and sharing – with all of us. I’m glad he opened the door and let us in.

Bunches on your mind, and need some help working through it? Think about a Chipur consultation.

Would you like to learn more about the mood and anxiety disorders – and remedies? Hit the titles.

Next Post: The Antidepressant Black Box Warning: Is It Necessary? Did It Backfire?