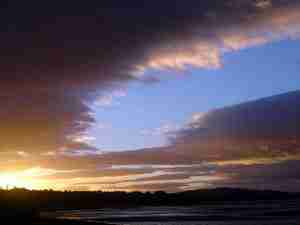 What is dysthymic disorder? Well, it’s a chronic form of depression that can make one’s existence miserable. Those are just the depression facts. Hope? Sure there is! Let’s chat treatment.

We began this two-part series several days ago with Depression Facts|What is Dysthymic Disorder? If you haven’t already read it, please do, okay?

Here’s a tumbnail to get us started. Dysthymic disorder (aka dysthymia) is a depression that’s been a part of one’s life for at least two years (one year in children and adolescents). Though it looks much like major depressive disorder, its symptoms are typically not as prolific and immediately disabling. But it’s dysthymic disorder’s chronicity, as opposed to major depressive disorder’s episodic nature, that makes it so tough to handle.

Dysthymic disorder presents in 1.5% of the adult U.S. population in any given year. For children and adolescents, major depressive and dysthymic disorders combined have a prevalence rate of 11%. And how ’bout this? Some 33% of those participating in psychotherapy may well be enduring dysthymic disorder.

News flash! Most folks enduring dysthymic disorder are undertreated. Why? Well, it all too often flies under the diagnosis radar. And one of the major reasons that happens is the dysthymic individual doesn’t seek help because symptoms have been around for so long they’ve been accepted as a way of life. Misdiagnosis is a factor, as well. In seniors, for example, dysthymic disorder is often misdiagnosed as apathy, dementia, or irritability.

Okay, when dysthymic disorder is in fact diagnosed it’s time to consider treatment options. And that brings psychotherapy and antidepressant medications to the fore. What to choose? Well, that decision is based upon factors such as severity of symptoms, personal preferences, previous treatment methods, ability to tolerate medications, being pregnant or breast-feeding, local availability of services, and health insurance coverage (don’t get me started on the unfairness issue).

The medications typically prescribed for dysthymic disorder are the selective serotonin reuptake inhibitors (SSRIs). These include fluoxetine (Prozac) and sertraline (Zoloft). One may also be prescribed a dual-action antidepressant such as venlafaxine (Effexor). Finally, the older tricyclic antidepressants (TCAs), such as imipramine (Tofranil) – as well as other antidepressants – may be prescribed.

Psychotherapy is a huge part of the dysthymic disorder treatment equation. And it’s crucial because it aids in learing about the disorder, as well as coming to undersand one’s mood, beliefs, thoughts, feelings, and behaviors. In addition, psychotherapy is about learning healthy coping skills and stress management techniques.

So is it medication or psychotherapy? Hmmm, as a stand-alone therapy medication likely wears the championship belt. But the best choice is using both.

But there’s more than just medication and psychotherapy to the rescue. Consider these treatment suggestions…

What is dysthymic disorder? Yes, the depression facts tell us it’s a chronic form of depression that can make one’s existence miserable.

But that’s if it goes untreated. And we’re not going to let that happen, right?

Thanks to Harvard Health Publications and mayoclinic.com for the resource material.

Next Post: How to Prevent Depression? Strike at the Source!