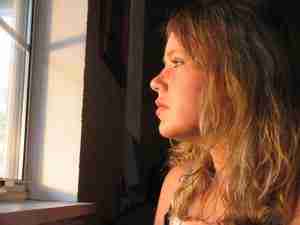 Bill, I was researching depression facts, and I have a question for you. What is dysthymic disorder? Any light you could shed on the subject would be appreciated.

Well, we’re certainly all about shedding mega-footcandles of light here at Chipur. Right? And that’s because sharing, learning – and healing – will always be our mission.

What is Dysthymic Disorder?

Aka dysthymia (from the Greek: “bad state of mind” or “ill humor”), dysthymic disorder is a chronic form of depression that’s often referred to as “mild.” Ouch! Try telling that to someone who endures it. Still, it’s true that the symptoms of dysthymic disorder aren’t as prolific and potentially disabling as those associated with major depressive disorder.

But the big issue with dysthymic disorder is its chronicity, as opposed to major depressive disorder’s episodic nature. And years of a supposed “mild” depression can definitely take their toll.

Okay, though I’m not big on overly stringent diagnostic criteria, let’s take a look at the highlights of what the most recent edition of the Diagnostic and Statistical Manual of Mental Disorders (DSM-IV-TR) has to say about dysthymic disorder.

The first order of business is one’s depressed mood has to be a factor for most of the day, for more days than not, for at least two years. For children and adolescents the primary presenting issue can be irritability, and the length of duration drops to at least one year. No matter the age, one can’t have been without symptoms for more than two months at a time.

It’s my opinion we can add these to the list…

Finally, the dysthymic symptoms have to cause significant distress or impairment in social, occupational, or other important areas of functioning.

According to the National Institute of Mental Health (NIMH) 1.5% of the adult U.S. population will be diagnosed with dysthymic disorder in any given year. 50% of these cases will be deemed “severe.” For 13-18 year olds, the NIMH groups major depressive disorder and dysthymic disorder together. The prevalence of these disorders is 11%, 3% of the cases being “severe.”

Eye-opening: Some 33% of those participating in psychotherapy may be enduring dysthymic disorder.

Now, is there a connection between dysthymic disorder and major depressive disorder? Sure seems to be, as more than half of those enduring dysthymia will eventually experience a major depressive episode.

But there’s more. At least 75% of those enduring dysthymic disorder will also have a chronic physical illness or another psychiatric disorder. Psych diagnoses may include major depressive disorder (“double depression”), an anxiety disorder, substance abuse or dependence, and then some.

No doubt, there’s definitely a hereditary component to the occurrence of dysthymic disorder. In fact, the rate can be as high as 50% for the early-onset (before age 21) form of the disorder. There aren’t many twin or adoption studies pertaining to dysthymic disorder floating about. And that makes it tough to determine how much of the family piece is a matter of genetics.

What is dysthymic disorder? Well, I think we’ve caught a decent glimpse, as we’ve reviewed a hefty number of depression facts. But stay tuned-in to Chipur because we’ll chat causes and treatment in Part 2. I’m thinkin’ I’ll post by Tuesday the 4th.

Previous Post: No Passion for Life? Self-Sabotage? Could Be an Upper Limit Problem: Fixes