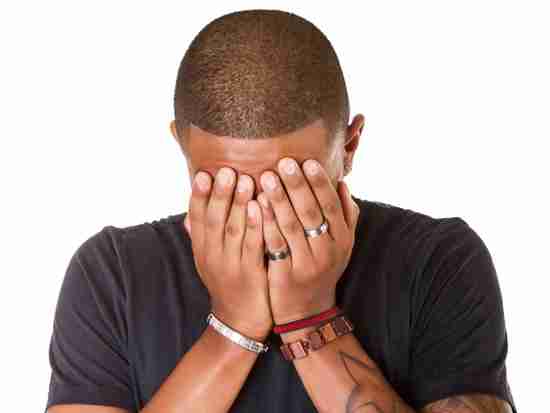 Depression is definitely not “depression.” Unipolar/bipolar, dysthymia/major episodic, typical/treatment-resistant, child/adult. And, yes, male/female. Received an email from Chipur reader Brian several weeks back. What he shared is powerful, and the best part is he’s allowed me to pass it on to you…

I believe everyone has a purpose in life and my goal is to be able to help any and every one to allow them to freely talk about their depression, and know that they’ll be able to get support wherever they are.

No time to waste. Whadayasay we dig-right-in with Brian’s (from Baltimore, MD) opening email…

Hi, my name is Brian. Just had a few questions, having dealt with depression in the past, still dealing with it but coping better now. I want to be able to help others be able to talk about their experiences, especially males, since it’s deemed weak to talk about your feelings. I just wanted to know what/where would be a good place to start. Thank you for your time.

Very impressed with Brian’s desire to reach-out to others, I suggested he check-out NAMI: National Alliance on Mental Illness. On their national website, as well as local chapters, there are a variety of ways available to reach-out. I also mentioned participating in online emotional/mental health forums, perhaps becoming a moderator.

Then I dropped it on him. I asked Brian if he’d be willing to work-up a guest post on depression from a male perspective. And, by gosh, in very short order it was in my inbox. 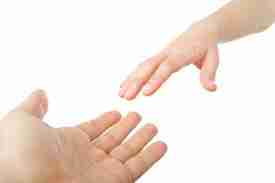 In today’s society mental health is not talked about enough. With all the access to the internet, social media, etc., you would think there would be more awareness for mental health.

Depression in itself is a major part of mental health because it may increase your risk of developing other diseases and illnesses. There are several types of depression out there and ways each person suffering from depression handles and treats it. Depression knows no age, gender or stature in life. Anyone can suffer from depression.

As depression is being discussed nowadays, most people do not talk about how it affects males, especially because it does affect men and women in a different way.

I am someone who has been through depression and occasionally I still feel the symptoms. I went through a lot to be able to get to the point that I am now, where I am able to handle that part of my life a lot better.

As an athlete for a Division I university, life was great. Big in stature and playing sports, everything was going well – until I had major surgery, broke up with my girlfriend, and my mother’s little sister, who I was extremely close with, passed away while I was on the phone with her. All in the same week.

As you can imagine, my world came down crashing. I did not know what to do. Although I had hundreds of friends at the time, I felt very lonely. I started drinking a lot to suppress how I was feeling. I could not sleep. I literally lost the desire to do everything, including eating and playing sports. All this happened when I was 20-years-old.

I was not going to talk to the school’s counselor because why would I talk to someone who does not know me at all. I could talk to my parents, and as supportive as they are, I grew up in a religious family where prayer is taught to fix it all. So if I were to talk to my mom or dad, they would tell me to just pray about it.

As a male, we are taught to be the alpha male. You do not show weakness, and you have to be strong enough for everyone around you.

Living in the city at the time, almost all the time you would get an alert about someone being shot and killed. So as a person you become desensitized to people dying, until someone very close to you dies. Then you don’t know how to handle it. I tried reaching out to friends, and mostly I got, “You’re fine, stop overreacting, stop being sensitive, you’re just looking for attention.”

People looked at me as this big linebacker crushing running backs, and now I have the nerve to be depressed? There’s no room in my life for that. For that reason, I think many males are afraid to talk about or even admit their depression because they do not want to be judged.

I masked my feelings by appearing happy all the time and all along all I needed was someone to just give me a listening ear.

Finally, one of my good friends was there for me to be able to speak about how I felt without any judgement. And from that moment on, a big weight was lifted off my shoulders. Even though I was still depressed, being able to talk to someone without being judged, as a male, was a big deal to me.

This is a very big step for most men because most males do not want to speak about their feelings or show that they have emotions, because they do not want to be deemed weak. How could you be this man with everything and still be depressed?

To also help with how I was feeling, I started volunteering and mentoring young males whose fathers were either incarcerated or deceased. That gave me purpose and a way to battle my own personal demons (depression). Seeing the smile on the kids’ faces told me that suicide was not the best way to go, and I could really make a difference in other people’s lives.

Now I have friends that go through it and they’re able to talk to me about it, because I understand the feeling of being depressed. Just being able to listen to them vent is a great accomplishment for me because I know at the very moment, they’re not consumed by suicidal thoughts or feeling worthless.

I believe everyone has a purpose in life and my goal is to be able to help any and every one to allow them to freely talk about their depression, and know that they’ll be able to get support wherever they are.

If someone is suffering from depression, there is no shame in seeking help.

What a powerful message. And the cool thing is, Brian went well beyond the “male” thing to other important factors – symptoms, suicide, substance use, fear of sharing/judgement, reaching-out to those in need, finding and embracing one’s purpose in life.

I knew something special was in the works the moment I read Brian’s first email. And I’m so glad he allowed me to share it all with you.

In his dedication to personal healing, he’s extended a hand to each of us, performing a great service.