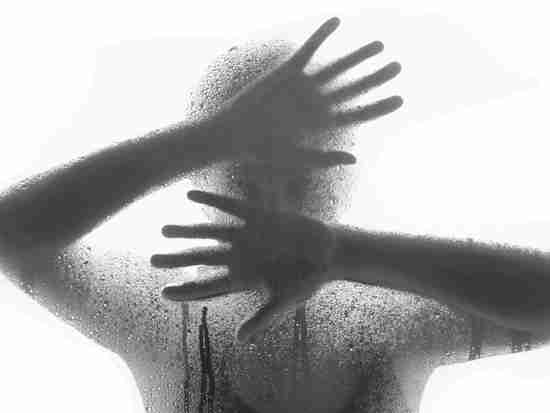 Scary things seem to loom around every corner when you’re struggling with a mood or anxiety disorder. For me, the scariest of all are derealization and depersonalization. What is this horror?

Indeed, the mind may be saying, ‘I’ve got a bit more than I can handle here – could someone please help me out?’

The kid was nine-years-old. To this day he remembers exactly where he was when his first derealization episode hit, as well as its trigger.

All he knew to do was run to someplace that made sense – the bathroom. Actually, he could have sprinted for miles and miles.

I was the kid and have dealt with derealization and depersonalization frequently over many years – until they largely went away.

Derealization and depersonalization (DR/DP) are perceptually horrifying. And the more we learn and share about them, the less impact they’ll have. And maybe, just maybe, they’ll up and leave.

Eight years ago, I ran a three-part series on DR/DP here on Chipur. Given their damaging power, and the lack of available quality information, I’ve decided to condense those three pieces into one for quick reading and reference.

FYI, there’s an important update toward the end.

What are derealization and depersonalization?

Yes, I’ve experienced both DR and DP frequently over the years. But let’s get this on the record. I’m working on sixty-four years on the planet and haven’t wrestled with either in decades.

Derealization is a disturbing sensation of unreality and detachment from your immediate world. It’s as though you’re operating in an exclusive dimension, and when it presents you become extremely concerned about what to do and how to find help. See, it’s all about the fear of being and appearing, well, out of your mind.

Just as derealization is an external perceptual issue, depersonalization is an equally disturbing self-perception phenomenon. During my junior year in college, I’ll never forget walking into the house a bunch of us guys rented and looking at a photo taken of us at a party. There was this guy in the back row, center, who looked really familiar. I mean, I knew who he was, but didn’t. Yep, it was me.

I have always considered DR and DP to be symptoms – manifestations of, and reactions to, assorted circumstances and disorders.

The DSM-5 recognizes depersonalization/derealization disorder, a dissociative disorder. However, as many episodes as I’ve had over the years, there are enough “outs” in the diagnostic criteria to convince me I wouldn’t have qualified for the diagnosis.

It’s thought that up to a 5% lifetime DR/DP prevalence exists, spiking to 30-70% at the time of a traumatic event.

What causes derealization and depersonalization? 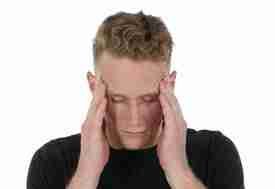 Well, if you’re hoping for rock-solid DR/DP causes, you’re barking up the wrong tree. Remember, these are emotional/mental situations, and we know by now that answers don’t come easy.

For the record, though I understand the brain is a three-pound mass of mystery, it still frustrates me that I have to offer excuses when it comes to the causes of what we deal with.

Okay, generally speaking, if you’re having episodes of DR or DP, they’re most often manifestations of or reactions to…

Keep in mind, those are triggers, if you will. As to the actual anatomical and physiological goings-on, we just don’t have the space – the knowledge, really – to go there.

Now, as a past sufferer of DR/DP, I have my own take on the cause of an episode. For my money, DR and DP, intense perceptual alterations, are the mind’s self-protective reaction to the ultimate perceived state of overload.

I mean, it seems to me that when the mind believes it’s mega-overwhelmed it flips the switch on a perceptual filter, believing even the slightest additional bit of stimuli may lead to various degrees of psychic meltdown.

I might also suggest that derealization and depersonalization may present as a result of the mind being so consumed by its present overload, it simply can’t deliver perceptual accuracy in response to what the senses are bringing to the table.

Yes, it’s the mind in a powerful state of defense. Within this context, it’s trying to give itself a fighting chance to sort and process that with which it’s already wrestling.

So it chooses to inhibit the sensory messages streaming in from one’s immediate internal and external experience.

The mind protecting itself

I find all of this really very fascinating, especially when you consider that something that feels so horribly frightening, and holds the potential to cause such major dysfunction, may actually be the mind’s naturally intended way of protecting itself.

Indeed, the mind may be saying, “I’ve got a bit more than I can handle here – could someone please help me out?”

To me, assigning a personality, if you will, to the mind gives its generated distressing phenomena a bit of softness and gentleness – making them seem much less catastrophic.

Okay, one final take – from world-renowned neurologist, Dr. V.S. Ramachandran, who addresses DR/DP in his book, A Brief Tour of Human Consciousness: From Impostor Poodles to Purple Numbers.

As much as I’ve experienced and written about derealization and personalization, I’ve never been able to present solid causes. I’m happy to report that’s changed.

Sure, this isn’t the fix, but it’s a significant step in the right direction.

The Brain & Behavior Research Foundation reports that a research team led by Karl Deisseroth, MD, PhD have identified cells and circuits in a specific area of the brain that are involved in generating dissociation.

The team used several cutting-edge techniques to record and control the activity of neurons across the brain’s cortex in mice. They also recorded neural activity in the human brain in a patient being treated for epilepsy who repeatedly experiences dissociation.

The experiments, detailed in the journal Nature, enabled the team to discover a characteristic rhythm in a part of the human brain called the PMC (posteromedial cortex), which is connected to many other areas and is involved in generating awareness.

The rhythm, an oscillation generated by neurons firing at 3 cycles per second (3Hz), was seen only in this part of the cortex and only when the patient being observed experienced dissociative symptoms just ahead of the onset of an epileptic seizure.

The very same 3Hz rhythm was observed in the corresponding area of the mouse brain, in animals that had been induced to display dissociative-like behavior minutes after an injection of ketamine.

The mouse experiments also enabled the team to identify a specific protein called HCN1 involved in the mechanism involved in dissociation.

Much more from the article on the Brain & Behavior Research Foundation website: Researchers Discover a Rhythm in the Cortex Involved in Causing Dissociation.

Time to get on with life

Derealization and depersonalization: absolute horror. Take it from me, I know. But like any other symptom a mood or anxiety disorder sufferer may deal with, the more we learn about them, the greater the chances they’ll hit the road.

And I can tell you from personal experience that can definitely happen. Got it?

Hey, before we part company. You likely noticed I didn’t include anything about managing DR and DP. If you check-out the original three-part-series you’ll find some good info.

Including the series, there are five previously posted derealization/depersonalization pieces here on Chipur. Just type “derealization” in the search box and you’ll see them all.

Plenty more where this article came from. Peruse the hundreds of Chipur titles.

Next Post: Chips Off the Old Block: Yikes! This Edition Even Includes a Free Trial ($$$)