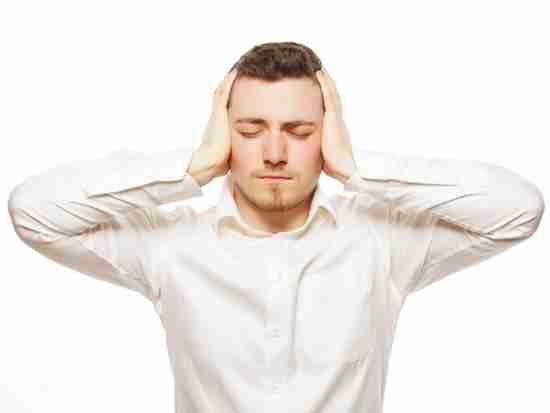 Welcome back, one and all, for the final in our three-part series on derealization and depersonalization (DD). We discussed and learned so much in the previous articles, and we’re going to wrap things up with some insight from Dr. V.S. Ramachandran, along with some relief ideas…

I mean, it’s like the mind is this living, feeling being to which we can show compassion as it’s hurt, confused, worn-out, and desperately in need of rest and care.

In his book, A Brief Tour of Human Consciousness: From Impostor Poodles to Purple Numbers, the great neurologist, Dr. V.S. Ramachandran, sets the table for his thoughts on derealization and depersonalization by mentioning two fascinating neurological disorders.

Okay, now the only reason I’m going to share this is because I’m going to take your word that you won’t believe you have either. Deal?

The first, Capgras delusion, is characterized by the patient being convinced a close family member or friend is an impostor. The patient has no problem grasping familiarity of appearance and behavior; however, the relational significance just isn’t there – and the patient is fully aware of the disconnect.

Ramachandran then mentions Cotard’s syndrome, a neurological disorder characterized by the patient believing she has lost everything, even parts of her body, and believes she may, indeed, be dead and is walking about as a corpse.

In the face of a life-threatening emergency, a piece of anatomy in the frontal lobe of the brain, the anterior cingulate cortex (also involved in the processing of physical pain), becomes active. Its ensuing action pulls in the reins on the brain’s fear circuitry. As a result, disabling phenomena such as fear and anxiety fall by the wayside.

But it doesn’t stop there, as the anterior cingulate then ramps-up alertness just in case we need to defend ourselves.

Our Mind, Our Protector

I find all of this really very fascinating, especially when you consider that something that feels so horribly frightening, and that holds the potential to cause such major dysfunction, may actually be the mind’s naturally intended way of protecting itself.

Indeed, the mind may be saying, “I’ve got a bit more than I can handle here – could someone please help me out?” To me, assigning a personality, if you will, to the mind gives its generated distressing phenomena a bit of softness and gentleness – making them seem so much less abysmal.

I mean, it’s like the mind is this living, feeling being to which we can show compassion as it’s hurt, confused, worn-out, and desperately in need of rest and care.

I really believe in this relationship with mind, and it’s my opinion that the only thing that keeps us from realizing its fullest two-way potential is overcoming our misinterpretations and overreactions to the mind’s naturally occurring protective mechanisms.

Yes, as soon as we sense the beginnings of sensations such as derealization or depersonalization, and the alarms sound, we think our way to exaggerated and inappropriate reactions. And it’s this dynamic that causes all the hubbub, not the perceptual alterations themselves.

How to Manage Derealization and Depersonalization

Okay, so what are we going to do to cope with DD in the immediate, and to prevent return visits?

First of all, we’re going to accept DD for what they are – not Capras, Cotard’s, and so many more disorders (I’ve heard ’em all). And then we’re going to make the focus of our intervention the underlying pathology that’s generating DD – anxiety, depression, bipolarity, high-stress, trauma, etc. In this context, DD are manifestations (symptoms), not independent diagnostic entities.

One other note. There are meds that may provide some assistance. Certainly the antidepressants and mood stabilizers may address the foundational issues that generate DD. And, of course, the benzodiazepines (Xanax, Ativan, Klonopin, etc.) may bring relief (though is that a road you really want to travel?). And then, the atypical antipsychotic, olanzapine (Zyprexa), has been used in particularly stubborn cases of DD. But really, really, really think long and hard before hitting that highway.

Alrighty, then – that’ll do it for the series. And I believe a very important series it is, because DD – so often misunderstood – can wreak havoc on millions of lives. Surely, the more information we can circulate, the better-off we’ll all be.

Next Post: The Relationship Jinx : Why? And other questions to ask…