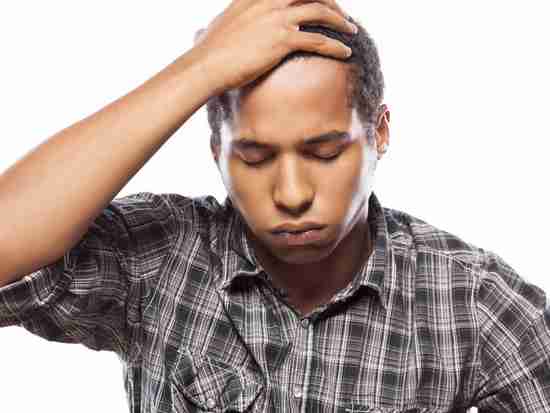 Yesterday I received a private message from someone who’d been experiencing a good bit of depersonalization over the previous few weeks and was looking for all the help she could find. And who wouldn’t? Derealization and depersonalization are flat-out horrifying. Let’s chat…

As derealization presents, one becomes extremely concerned about what to do and how to find help. See, it’s all about the fear of being and appearing, well, out of your mind.

I wrote a piece on derealization and depersonalization (DD) a long time ago. It’s been such a popular topic over time that I decided to do a rewrite and present it once more. However, it’s going to be even better this time around because I’m going to deliver the goods in three parts.

Now, just two warnings going into the series. If you haven’t had the pleasure of DDs company, don’t believe it’s only a matter of time. Not true. You may never have to deal with it. And if you’re experiencing DD, don’t make any more out of it than what it really is – and you’re about to learn.

What Are Derealization and Depersonalization?

No doubt about it, DD are two of the most horrifying phenomena within the realm of the emotional and mental disorders. I’ve experienced both, and I can tell you they can be absolutely crippling. And they’ll convince you that you’ve finally gone mad.

Derealization is a disturbing sensation of unreality and detachment from one’s immediate world. During an episode, you can see clearly and have no problem with orientation, but it’s as though you’re operating in a very exclusive dimension. As derealization presents, one becomes extremely concerned about what to do and how to find help. See, it’s all about the fear of being and appearing, well, out of your mind.

I remember my first dance with derealization as if it was yesterday. I was nine years old and our family was visiting friends. We were all sitting at the kitchen table, and I happened to look at the hand of one of our hosts. He had a finger missing. And it was like, bam! Derealization hit and I had absolutely no idea what was going down.

All I knew to do was get up from the table, with the excuse that I had to use the bathroom. Fact of the matter was, I wanted to bolt out the back door and run, and run, and run – for years.

I had several more episodes of derealization as a kid, and it paid a return visit my junior year in college. It was an on again-off again issue into my early-30s. Cool thing is, it hasn’t been problematic for many years.

My first taste of it was during my junior year in college (I guess derealization needed some company). I’ll never forget walking into the house a bunch of us guys rented and looking at a photo of us taken at a party. There was this guy in the back row, center, who looked really familiar. Hmm, I knew who he was, but didn’t. Well, you guessed it, he was me.

Just like derealization, I dealt with depersonalization into my early 30s, and it hasn’t been an issue since.

What Causes Derealization and Depersonalization? 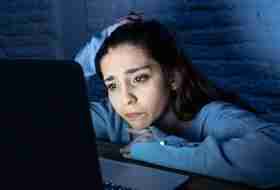 “There’s gotta’ be a reason this is happening – and a way to make it stop.”

Recent research has suggested that strange and scary sensations such as near-death and out-of-body experiences, which I believe are in the same ballpark as derealization and depersonalization, may occur because of stress-induced malfunctioning brain chemistry.

For instance, a structure located primarily in the parietal lobe (top of the brain, behind the frontal lobe) known as the angular gyrus, specifically the right angular gyrus, is believed to process sensory input in an effort to aid in the perception of our physical selves.

Featured in one particular study was a seizure disorder patient participating in a course of electrical stimulation treatment. During a procedure the electrodes were applied to the right side of the patient’s head (right angular gyrus?), and guess what? When the juice was turned on the patient reported an out-of-body experience.

Now, this research doesn’t specifically address the cause of derealization and depersonalization; however, it begins to point some fingers. At least I think so.

As much as I’ve experienced and written about derealization and depersonalization, I’ve never been able to present solid causes. I’m happy to report that’s changed. Sure, this isn’t the fix, but it’s a significant step in the right direction.

The Brain & Behavior Research Foundation reports that a research team led by Karl Deisseroth, MD, PhD have identified cells and circuits in a specific area of the brain that are involved in generating dissociation. The team used several cutting-edge techniques to record and control the activity of neurons across the brain’s cortex in mice. They also recorded neural activity in the human brain in a patient being treated for epilepsy who repeatedly experienced dissociation.

The experiments, detailed in the journal, Nature, enabled the team to discover a characteristic rhythm in a part of the human brain called the PMC (posteromedial cortex), which is connected to many other areas and is involved in generating awareness. The rhythm, an oscillation generated by neurons firing at 3 cycles per second (3Hz), was seen only in this part of the cortex and only when the patient being observed experienced dissociative symptoms just ahead of the onset of an epileptic seizure.

The very same 3Hz rhythm was observed in the corresponding area of the mouse brain. Dissociative-like behavior was induced by an injection of ketamine. The mouse experiments also enabled the team to identify a specific protein called HCN1 involved in the mechanism that generates dissociation.

Much more in the article on the Brain & Behavior Research Foundation website: Researchers Discover a Rhythm in the Cortex Involved in Causing Dissociation.

Okay, we’ve gotten the series rolling, but there’s much more to go – and learn. And learning leads to hope and relief. Always has for me.

So, let’s continue our journey with part two. All sorts of helpful information are but a tap away.


FYI, hundreds of Chipur titles are waiting to be perused. Go ahead and check ’em out.