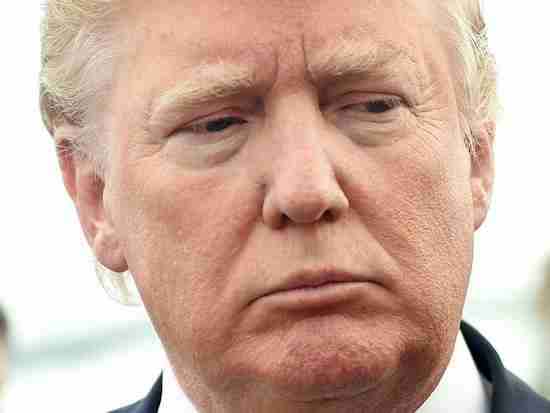 Donald J. Trump. Love him, hate him, leftist, or rightie – he upsets us. Why is that, anyway? Some would say it’s purely politics or personality revulsion. But I’m thinking it’s a little more complicated than that…

In my mind, there’s no doubt that when it comes to belief-influence, the media – social, online, broadcast, print, smoke-signals – wear the championship belt.

You know, I have to be off my rocker to post this article. I mean, I want to attract readers, not turn them away. So given the intense Trump hysteria I’m saying to myself, “Who will misunderstand or misinterpret what I have to say and never come back?”

Oh well, I need to do this.

Exactly one week after the election I posted Bare-Knuckled and Bloody, but It’s Gonna’ Be ALRIGHT: Could It Be Time to HEAL? In that piece I wrote…

So what is it about this Hillary vs. Donald thing? And post-election, the Donald thing? Why are so many of my clients and readers (colleagues, for that matter) wildly agitated – over-the-top frightened, anxious, depressed, and angry?

And here we are almost four-and-a-half months later and things have only gotten worse.

Now, I’m old enough to have understood the results, with fallout, of 14 presidential elections, and I’ve never seen anything like this.

Why Does Donald Trump UPSET Us So?

Really, now, why does Donald Trump get so inside our heads? And mind you, the “upset” is felt by Trump haters and lovers, obviously from very different points of perspective and for very different reasons.

Since this is a mood and anxiety disorder blog, it makes sense to first consider a psych angle…

It’s largely assumed that Donald Trump himself holds the power to force us into deep despair or elation.

But I’m going to question that…

A number of years ago I posted a two-part series on rational emotive behavior therapy (REBT), the predecessor of cognitive behavioral therapy (CBT).

In REBT, its developer, Albert Ellis, suggests that most folk believe that an activating event or entity (A) generates consequences of emotion and behavior (C). So as it applies here, “Donald Trump causes me to be upset.”

But Ellis also includes a piece that most people either don’t know about or ignore – the individual’s belief system (B). So now it becomes, “My personal beliefs cause me to be upset by Donald Trump.”

Well, yeah, but what you’re really saying is it’s not Trump himself that’s causing all the problems. It’s your beliefs. Right?

But what if those beliefs aren’t grounded in fact? Okay, I’ll say it – the whole left and right fake-news thing, as well as the uproar of a possibly misinformed public.

(By the way, Ellis goes on to introduce disputing irrational beliefs (D) and effective new philosophies, emotions, and behaviors (E). Both of which can sure come in handy.)

But let’s get back to beliefs and public uproar that may not be grounded in fact.

In my mind, there’s no doubt that when it comes to belief-influence, the media – social, online, broadcast, print, smoke-signals – wear the championship belt.

Don’t be fooled, people. Be it alt-left CNN or alt-right Breitbart, the media want to do one thing and one thing only – maximize profits by increasing viewer/readership. And, of course, proselytizing ideology is right up there with it.

That said, do you suppose CNN or Breitbart would do all they could, including using fake-news and shock tactics, to whip viewers and readers into an absolute frenzy to accomplish their financial and ideological agenda?

You better believe it.

Problem is, where does that leave us in terms of objectivity – and upset? Could it be we’ve allowed ourselves to be victimized?

Though the media certainly influences psyche, we need to consider other factors of mind.

Let’s chat about something known as projection. Here’s some great insight from Changing Minds…

Projecting (uncomfortable) thoughts or emotions onto others allows the person to consider them and how dysfunctional they are, but without feeling the attendant discomfort of knowing that these thoughts and emotions are their own. We can thus criticize the other person, distancing ourselves from our own dysfunction.

Can you see how a flamboyant and headstrong Donald Trump, and reactions to him, are the perfect catalyst for projection? And the thing is, it can all go down in our minds in a very stealthy manner, if not unconscious.

And anger fits real well here. Don’t you think the whole Trump thing would be the perfect outlet for someone who’s a baseline angry person or who has a present issue that’s frying their bacon? Sure, they fully believe it’s the Trump factor, but is it really?

Plenty more where these came from, I assure you.

No doubt, love him, hate him, leftist, or rightie, Donald J. Trump upsets us – in one way or another.

And, hey, my intention is not to alter anyone’s thoughts or feelings. All I want to do is drop-in some insight for those who are life-interrupting struggling with Trump hysteria – whether they know it, or not.

If you’re one of the millions, be sure to take into account all possible foundational angles, okay? And work toward resolution. You just might find yourself one heck of a lot more comfortable.

Oh, here are those two REBT articles I mentioned earlier…

Looking for more to read on the mood and anxiety disorders? Hundreds of Chipur titles await your eyeballs.

Next Post: A Thought Is But a THOUGHT: REALITY and RESPONSE Are Up to Us

Previous Post: BIPOLAR DISORDER Doesn’t Get Its Due. And I Think It’s Time to PUT UP OUR DUKES!