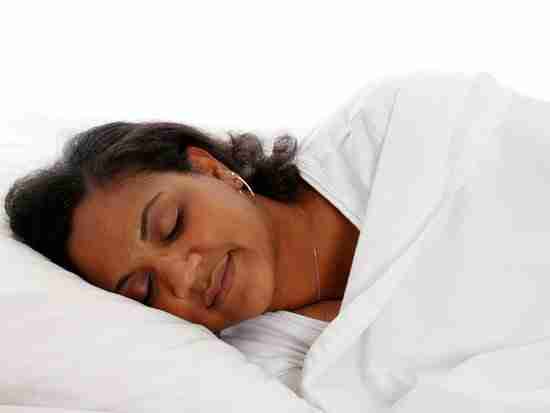 Come on, don’t start with the “I don’t dream” declaration. News flash: we all dream, though we may not recall them. Dreams are fascinating. And since they’re mind-driven, mystery abounds. So let’s see what we can see, and learn. Yes, interesting…

Are you an active dreamer? I sure am. Anything’s fair game, but I have a small collection of content groupings that my mind seems to like.

Here’s a version of one of them that I experienced just a few days ago. I was in Phoenix, a city I’ve always wanted to visit, driving on an expressway downtown. I was feeling stressed and anxious.

Cruising along, I saw a huge suspension bridge – one of my major phobias – about a mile ahead. I said to myself, “What do you bet there isn’t an exit before the bridge.” I was right.

What could I do? As I would in real-life, I kept driving. And before you know it I was starting the crossing incline. My anxiety symptoms – difficulty breathing, hyperventilation, severe muscle tension, wondering what I’d do if I couldn’t keep going – worsened as I reached the apex. And I started to loosen-up as I began the downward cruise to land.

What’s so fascinating about the dream is how smack-on accurate the entire bridge scenario was. Man, I’ve been through it so many times. But Phoenix? Never been there. However, looking at a map I can see there isn’t a suspension bridge downtown. And there were buildings in my dream, which looked nothing like the Phoenix skyline.

That combination of real-life experience and creative fill-in. Well, that’s what the mind does.

What is a dream?

A dream is a typically involuntary series of visuals, thoughts, feelings, and assorted sensual experiences. Dreams most often present in the rapid-eye movement (REM) stage of sleep. And that’s because brain activity is high, resembling an awake state. By the way, we’re more likely to remember a dream if we’re awakened during the REM sleep stage.

For ongoing reference, here’s the scoop on sleep stages.

A dream usually lasts between a few seconds and 30 minutes. The average Joan or Joe has three to five dreams a night. Some may have as many as seven.

Specific types of dreams have been identified for REM and non-REM sleep stages. Vivid, freaky dreams that we often remember when we wake-up are primarily associated with REM sleep. Deep (stage 3 and 4) slow-wave sleep (non-REM sleep) is commonly associated with less active, thoughtful dreams. These dreams are primarily driven by the hippocampus as it attempts to process long-term memory consolidation. They predominantly include memories of events as they occurred without the random fill-ins of objects seen in REM sleep dreams.

So it looks like my dream was a REM’er.

Where do dreams come from?

The mystery of dreams

If you want to know where dreams come from in the mind – brain – good luck. Scientists have yet to even determine the true mind and body purpose of dreaming.

As we just discussed, during deep slow-wave sleep, imagery is primarily driven by the hippocampus as it handles long-term memory consolidation. So we know at least that much about where dreams come from.

For additional insight, how ’bout this? While we’re awake, most of the mind’s internal imagery is managed by the lateral prefrontal cortex (LPFC). Executive functions such as reasoning (logic), planning, and strategizing are just some of the LPFCs output. So the LPFC works as an assembler, putting together objects we store in memory into unique combinations – for our use.

Thing is, though, during REM sleep the LPFC is inactive. And that likely results in the dreamer being unaware they’re dreaming, no matter how absurd and crazy the dream is. This would allow the dreamer to more actively interact with the dream, without considering what might happen. I mean, things that are remarkable in reality just blend in with the dream scenery.

Incidentally, the release of the neurotransmitters norepinephrine, serotonin, and histamine is completely suppressed during REM sleep.

Between suppressed neurotransmitters and the inactivity of the LPFC, we’re dealing with a pretty raw mind during REM sleep.

What do dreams mean?

Who in the heck doesn’t wonder about the meaning of their dreams? I just typed “what does my dream mean” into Google and got about one billion results. But if we can’t get an interpretation from someone we trust, we end up assigning meaning ourselves. Frankly, that’s okay by me. Perception is reality, right? I mean, we’re the ones who have to live with the interpretation and subsequent action.

For instance, the dream I detailed. I don’t need to pursue anyone’s interpretation (much less pay for it). I’m not going to get into it; however, the dream made perfect sense to me. And my sure interpretation has provided a good bit of insight, allowing me to formulate some next-steps.

Look, in the world of science opinions regarding the meaning of dreams are all over the place. By the way, the scientific study of dreams is called oneirology.

Many scientists remain true to Sigmund Freud’s take on dreams. That would be the revelation of insight into hidden desires and emotions. Other scientists submit that dreams assist in memory formation, which we discussed, and problem solving.

Or maybe dreams are nothing more than products of random brain activation.

Interesting: In the 1940s to 1985, Calvin S. Hall collected more than 50,000 dream reports at Western Reserve University. In the Hall study, the most common emotion experienced in dreams was anxiety. Other emotions included abandonment, anger, fear, joy, and happiness. Negative emotions were much more common than positive ones. Sexual dreams occur no more than 10% of the time and are more prevalent in young to mid-teens (ah, youth).

Dreams, right? Fascinating subject matter, especially for those enduring a mood or anxiety disorder. They loom large in most of our lives.

And I’m thinking we spend a lot of time searching for answers through our dreams. I mean, look how fortunate I was to have such a clear dream that I could immediately work with. I might add that we can learn a lot about how we’re sleeping and our needs through our dreaming.

Well, I hope you found this information interesting. Let it sink-in and see if you can come up with ways to use it – your dreams – to your healing advantage.

Thanks to Wikipedia for some solid resource material. Brain image credit: Psychology Today

So much more reading available. Peruse those hundreds upon hundreds of Chipur titles.

Next Post: Brodmann areas and depression: What and why you need to know