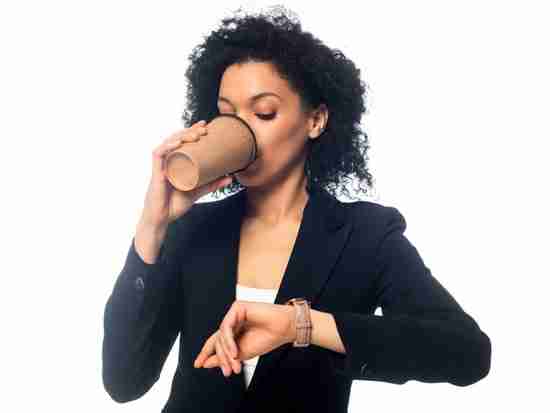 There are very few things that merit the ceasing of life-routine. We’re experiencing one of them with the virus. But an election? I don’t think so. There are a number of people and organizations that want you to believe otherwise. Don’t buy it. Life goes on. Always has, always will…

Though I have a preferred presidential candidate, after voting, I’m very content in allowing things to go down as they will and roll with the punches.

Take a look at Kayla. I have no idea if she’s into election day. Regardless, there she is drinking her coffee and checking her watch. She’s occupied – busy. Seems her life goes on, as it always has and likely always will.

Don’t look now, but it’s election day here in the US. And I want to share a few thoughts on the very day. What better way to be in the moment, right? I don’t have a lot to say, just need to ramble a bit.

For whatever it’s worth, I’m not following the madness. However, I was forced to view the TVs at the gym this morning. And. of course, the lie and bash ads were rapid fire, along with desperate stories of “election anxiety” and what will happen if…

Though I have a preferred presidential candidate, after voting, I’m very content in allowing things to go down as they will and roll with the punches. Besides, I don’t know how a winner can be declared any time soon, what with all the unconventional voting – and court proceedings to come.

I’m sure there are plenty of people who enjoy – delight in – what election day has become in the US. Not only do I not, it embarrasses and frustrates me. Okay, I’m a boomer. So I remember the days when elections were, well, elections. Sure, you had your preferred candidate or party, and you wanted a victory. But that was it.

These days it’s all out war – total destruction of a candidate and those supporting her/him. And we also have to deal with silliness such as threats to social stability and calm should the wrong candidate win. It’s all, of course, driven by the media – broadcast, print, and social.

For mood and anxiety disorder sufferers

I/we advocate for those wrestling with mood and anxiety disorders here on Chipur. It’s brutal treatment for anyone; however, when a mood or anxiety disorder sufferer has to face things like “election anxiety” – and I’m sure the term “election depression” is floating around somewhere –  it just isn’t right.

My advice to anyone having a rough go with election day dramatics? Vote and tune-out. It’s that simple.

Yes, very few things merit the ceasing of life-routine. An election, and all the trash that now comes with it, isn’t one of them. Don’t let anyone try to convince you otherwise.

Look, if it makes you feel any better, what we’re dealing with is the zeitgeist – “the general intellectual, moral, and cultural climate of an era.”

This, too, shall pass.

So much good stuff to read about the mood and anxiety disorders. Check-out the Chipur titles.

Next Post: Healing crystals: Why they may help you feel better

Previous Post: The “news” game: Why you may want to quit