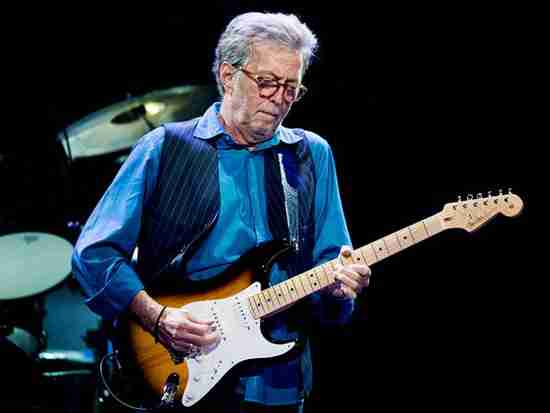 Eric Clapton is a legend. ‘Course, most believe it’s about his guitar virtuosity and his standing in rock and roll history. But it goes well beyond that. And if you’re tussling with a mood, anxiety, or a substance use disorder, you really need to know his story…

One day, in his room, Eric’s legs suddenly gave way and he fell to his knees, begging for help. He had no idea who he was talking to. All he knew was he was at the end and couldn’t make it on his own.

This past Christmas my future daughter-in-law gave me the book, Clapton: The Autobiography. Not only was I pleased because I love to read, but Eric Clapton and I go back to his blues riff in the middle-eight of the Yardbirds’ 1965 hit, “For Your Love.” It still gives me goose bumps.

Little did I know what I was in for when I began reading. And it didn’t take long to know I’d soon be writing a piece on what I learned about Eric.

My dilemma is there’s no way I can summarize some 70 years of elation, tragedy, and hope in just one article (even though I did go long). So, I’m going to bring you some highlights and suggest you get the book and give it a go.

In the very first words of the book, Eric shares that when he was six or seven, he began to feel as though something was different about him. He goes on to observe that it could have been the way people talked about him, as though he wasn’t in the room. And he describes his home as “a house full of secrets.”

Well, he soon learned that his Mum and Dad, Rose and Jack Clapp, were, in fact, his grandparents. Eric was conceived out of a brief affair, and his mother, Pat, left him behind during his second year. Interestingly enough, Pat gave Eric the surname Clapton, her maiden-name.

On reflection, it occurs to me that the family had no real idea of how to explain my own existence to me, and that the guilt attached to that made them very aware of their own shortcomings, which would go a long way in explaining the anger and awkwardness that my presence aroused in almost everybody. As a result, I attached myself to the family dog, a black Labrador called Prince, and created a character for myself, whose name was ‘Johnny Malingo.’

And with that in tow, off to life went Eric…

The passion that sustained

Eric guesses the music bug bit him at around 11. And so would begin the passion that sustained him throughout his triumphant and tragic life.

One night they had Buddy Holly on the show, and I thought I’d died and gone to heaven. That was when I saw my first Fender guitar…It was like seeing an instrument from outer space, and I said to myself: ‘That’s the future – that’s what I want.’ Suddenly I realized I was in a village that was never going to change, yet there on TV was something out of the future. And I wanted to go there. 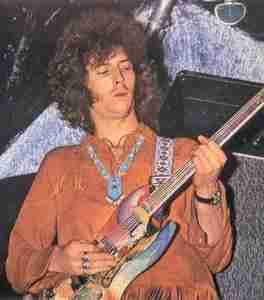 Eric Clapton with Cream in the mid-1960s

But though his career was brilliant, he struggled horribly with self-esteem, depression, anxiety, relationships, drugs, alcohol – even a suicide attempt. I gotta’ tell ya’, given how he abused his body, I have no idea how he’s still alive.

And then there was his son, Conor, born when Eric was 41. He loved Conor deeply. So much so that he admitted into Hazelden for the second, and final, time. Regarding drinking, within the context of Conor, Eric said, “This has got to stop.”

I find this so moving…

Near the end of his month in treatment, Eric felt panicked because he realized that nothing had changed and he was about to head back to the world “unprotected.” In his words, “I was absolutely terrified, in complete despair.”

One day, in his room, Eric’s legs suddenly gave way and he fell to his knees, begging for help. He had no idea who he was talking to. All he knew was he was at the end and couldn’t make it on his own. Somehow recalling the lesson of surrender, he did so.

Eric said he knew within days something definitely had happened within. He went on to say he’d found a place to turn to, a place he’d always known was there, but never really wanted or needed to believe in.

From that day until this, I have never failed to pray in the morning, on my knees, asking for help, and at night, to express gratitude for my life and, most of all, for my sobriety. I choose to kneel because I feel I need to humble myself when I pray, and with my ego, this is the most I can do.

If you are asking why I do all this, I will tell you…because it works, as simple as that.

Well, it didn’t take long for the ultimate spiritual test to present…

Some three years after discharging from Hazelden, in New York, Eric was on his was to pick-up Conor and his mother, Lori, for a visit to the Central Park Zoo. He received a call from Lori who hysterically told him Conor was dead.

Here’s what happened. The main sitting room of the 53rd floor apartment had floor to ceiling windows down one side. A custodian was cleaning the windows and had left them open. There were no window guards.

Conor was running around the apartment playing hide-and-seek with his nanny and as his mother was distracted by the custodian warning her about the danger, Conor ran into the room and out of a window. He fell 49 floors to his death on the roof of an adjacent building.

Eric admitted there was a moment when he lost faith. However, with the love and support of friends and fellows in the 12 Step Program, he made it through. Still, Eric said the first few months after Conor’s death were a “walking nightmare,” and only shock prevented him from completely breaking down.

I need to stop

Seriously, I could continue on for pages, but I really need to stop. Knowing just a few portions of his story, perhaps you can see why I refer to Eric Clapton as a legend – well beyond his music.

And if, in fact, you’re tussling with a mood, anxiety, or substance use disorder, I’m hoping you may be able to identify with these portions of Eric’s story and somehow find hope. Eric remains substance free, has a lovely family, and continues to work.

In closing, here’s what he had to say about the passion that sustained…

Music will always find its way to us, with or without business, politics, religion, or any other bullshit attached. Music survives everything, and like God, it is always present. It needs no help and suffers no hindrance. It has always found me, and with God’s blessing and permission, it always will.

Pick up his book.

Years and years of Chipur mood and anxiety disorder titles are right here for you. Why not take the time to do some reading?

Next Post: “WHO AM I?” And Why EVERYTHING Is Riding on It

Previous Post: 10 BIGGIES You Need to THINK About as 2018 Begins