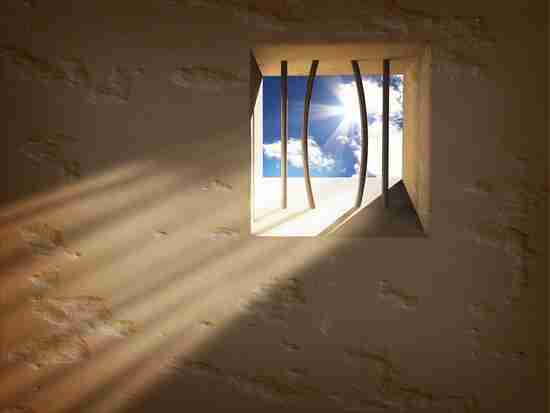 The never-ending quest for “happiness.” Ask someone enduring mood woes, panic attack symptoms, or chronic stress how that’s going. Spirituality? Other vehicles? Unproductive. Maybe it’s time to look elsewhere for tools to accomplish the escape from your personal prison. What say we turn to your Inner Self?

Attended a therapy seminar last week, which served its intended purpose. However, I absorbed so much from the material used to set the table for that intended purpose. It was all about the Inner Self, the home of inner peace. The thought/theory is special, so I want to share. Actually, I’ll be doing so in two-parts, so keep an eye out for that second installment.

The Ego, the Inner Self

We began learning the moment we were born (many would submit before). And we believed all we learned was true. The real truth is, we learned a ton of wrong things. Still, we formed beliefs based upon what we learned.

We all have an ego. All sorts of definitions floating about out there; however, let’s run with this…

The part of the mind that mediates between the conscious and unconscious and is responsible for reality testing and a sense of personal identity.

Located within the ego is the Inner Self (IS). And it’s lodged so deeply, we’re barely aware it’s there. The IS is an amazing holding area containing every bit of our human potential. Some refer to this as our “genetic potential.” The IS provides a constant push to fulfill our sweetest dreams, including the desire to be a good, loving human being who can accomplish most anything.

Fact is, we feel the ISs positive energy when we experience an urge to make a life change. For example, some of us may have wished to, say, take-up a musical instrument. It’s referred to as a “ghost hobby,” and the IS uses such inclinations to express itself and our potential.

So as wondrous as the IS is, why do we find it so hard to make the changes necessary to secure inner peace?

Well, the IS is most often imprisoned, chained by the excess baggage we’ve carried for years. I mean, you want to dump that baggage, right? But you just can’t seem to do it.

Consider this. We began learning the moment we were born (many would submit before). And we believed all we learned was true. The real truth is, we learned a ton of wrong things. Still, we formed beliefs based upon what we learned. And those beliefs transitioned into attitudes, which generated behaviors – habits – we’d use when confronted with belief-relevant situations.

As time ensued, our beliefs, and all that came with them, constructed walls and bars around the ego – and the IS.

Personality | Where It All Goes Wrong

The sum of our beliefs, attitudes, and habits compose our personality. But, let’s be clear – our personality isn’t who we are. Sure, it’s how we are; however, not who. Simply, our personality is the baggage our consciousness carries around so it can deal with the world to get what we need – the entire time, imprisoning the IS (who we really are).

So, if we’re looking for what’s making us “unhappy,” we need not look further than our personality. Because it’s our personality that fools us into believing we’ll derive happiness from total “security,” experiencing all the pleasurable sensations we can, and gaining power.

Curious thing about our personality – it makes excuses and justifies itself. It (we) says, “I am this way, because that’s the way I am.” That’s called circular reasoning and we never think to question it. And such statements are made because our personality has developed a will and a life of its own. It serves its own purpose: self-perpetuation.

Bottom-line: personality actually believes it must not change or it will cease to exist. So it’s highly resistant to anything rocking the boat and will do whatever it must to maintain the status quo.

Know what? The IS knows this, but, again, it’s trapped. And it isn’t pleased about it, letting us know with feelings of unhappiness.

Okay, so what about those strong defenses incorporated by our personality? Go figure, they’re called defense mechanisms, and their purpose is to assist the personality in resisting the positive potential and forces of the IS, hence preventing change.

So, that never-ending quest for “happiness.” Folks enduring mood probs, panic attack symptoms, chronic stress, and more know it all too well. Nothing wrong with sprituality, meditation, etc. But let’s work at foundation level – the Inner Self. I’m thinking inner peace can’t be far away.

Hey! Be sure to come back for Part 2. We’ll be discussing how to secure the inner peace you’ve longed for.

Thanks to Gregory L. Little, EdD and Kenneth D. Robinson, EdD for sharing their outside-the-box thinking.

So many more Chipur titles await your eyeballs. Check ‘em out!

Previous Post: The Impact of Existence | Why is the End So Troubling?