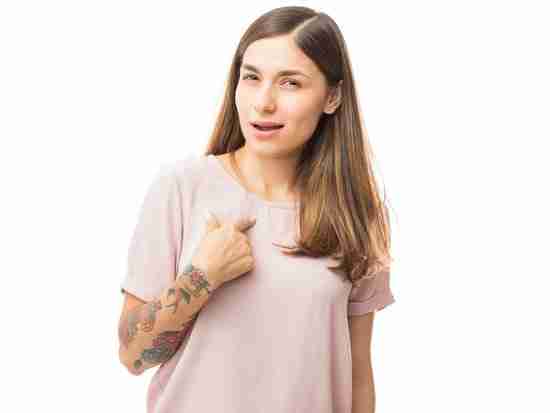 It’s curious how we’re encouraged to be selfless in a selfish world. Actually, surviving this selfish world requires selfishness. So every day, all day, it has to come down to you. Here’s the skinny and why you need to know…

Our buddy above looks a little indignant – even pleasantly surprised. Here’s what’s going on…

For the past three months she’s had about all she can take from this world. You know the drill – the virus, social unrest, nasty politics, etc. She’s come to perceive herself as a victim. And that’s because she believes she has no control over the onslaught of one external attack after another.

So she views her frustration and misery as “their” fault. Whoever “they” may be.

Just recently, a close friend suggested she was responsible for all of that frustration and misery. Her friend went on to share some very hopeful news: she could do something about it. Sure, our buddy was “a little indignant – even pleasantly surprised.” She also knew she was going to have to become a little self-centered.

Her friend’s wisdom applies to us.

It comes down to you: helpful tools 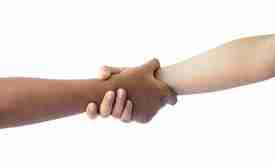 Who couldn’t use a little help?

If any of us are to neutralize the impact of external attacks – practicing healthy “self-centeredness” – we may well need some help. After all, it doesn’t necessarily come naturally.

Here are two concepts I believe will lend a hand. And as they assist, they’ll facilitate learning a bunch about ourselves.

No doubt, it’s useless pursuing relief interventions if we’re convinced external forces are responsible for our misery. Something known as locus of control (LOC), a personality component, addresses our perception about the primary foundational cause(s) of the goings-on in our lives.

Cutting to the chase, do we believe our destiny is controlled by internal or external forces?

Those with internal LOC believe their behavior is guided by personal decisions and beliefs. Often presenting is confidence in the ability to manage themselves and influence the world around them. The future? It’s perceived as resting in their own hands, and it’s believed personal choices generate success or failure.

Fact is, as we age, our LOC tends to become more internal.

Those with external LOC believe control over events, and what other people do, is beyond them. Indeed, they believe they personally have very little, or no, management over such things. They may even go so far as to believe others have control over them, and they have no option but to obey.

Seems our buddy has been living with external LOC.

Though theory and research indicate LOC is largely learned, there’s evidence showing it’s a response to circumstances. For my money, that means an external who wants to transition to the internal side of the fence can certainly hope to do so.

Can you see how locus of control may significantly impact our take on troubling external factors? By the way, are you an innie or an outie?

Rational emotive behavior therapy (REBT) is often considered to be the grandparent of cognitive behavioral therapy (CBT). I mention it frequently because its model is so easy to understand. In our discussion, the “T” is going to stand for theory, not therapy.

Though there are several more components to the REBT model, this is what’s most important to us…

When intense emotional and behavioral consequences (C) occur, we typically blame the activating event (A). According to REBT, the real culprit is our belief system (B). So it looks like this…

So we can better understand the flow, let’s bring our buddy’s circumstances to our little equation…

A: Activating Event
She can’t avoid the news. And the alarming reporting on COVID-19 goes on and on.

B: Belief System
She believes the whole mess will never end, and there’s no way her life will ever return to a fulfilling “normal.” She also believes there’s more to the virus than what we’re being told. “They” are in charge, so everyone’s in peril. If all that isn’t enough, she’s convinced she’ll eventually get sick. And if that happens, she’ll die.

C: Consequences of Emotion and Behavior
She feels as though she’s a victim, having no control over her circumstances. In her mind, why even try anymore? She’s become – you name it – helpless, hopeless, irritable, fatigued, isolating, moody, anxious. She finds it difficult to get out of bed and can’t wait for an acceptable time to head back.

Our buddy definitely believes her “C” are being caused by “A.” Her friend is trying to convince her it’s all about “B.” And she’ll never find relief unless and until she buys-in. Then, of course, she’ll have to change her belief system.

Every day, all day

Perhaps you agree that engaging with – managing – challenging external factors has to be an every day, all day, selfish mission. Hopefully learning about locus of control and rational emotive behavior theory will help you along the way.

Incidentally, why do we need to know the skinny?

Our buddy found herself in a major jam. Given her perspective I’m not so sure she would have emerged. But she listened to a friend and now she stands a chance.

Would you consider me even kind of a friend? Did you listen?

Check-out these Chipur articles if you’d like to learn more about locus of control and REBT.

If you’re looking for some meaningful and inspirational reading, my eBook may work for you: Feelings & Rhymes Through Treacherous Times.

And don’t forget to peruse hundreds of Chipur titles.

Next Post: Are you suicidal? Someone you know? Read this.

Previous Post: 14 tips for really living life. (Enduring is such a drag.)