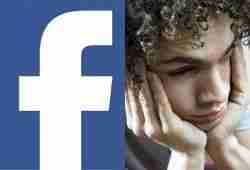 Clunk! Well, I guess you got me there. Ah, but if Facebook – any social networking site, for that matter – and depression are pals, is it a strong enough relationship to assign a brand?

Hey, no doubt about it, the potential impact of using social networking sites upon one’s psyche can’t be ignored. Take a gander at these estimated monthly visitors numbers for the top five…

Sure seems as though people are looking (needing?) to interact with others – even if it’s out here in cyberspace. And it makes perfect sense that potential liabilities such as Facebook Depression may drop-in at the party.

But let’s keep in mind these questions: Does using Facebook generate Facebook Depression? Or is it grounded in the maybe-fact that many who lean toward the depressive hop-onto Facebook more frequently? Hmmm…

Well, what say we dive-in and see what we can learn. Oh, given the depth of the subject matter, and volume of information, we’re going to have to handle our biz in likely three parts over the next handful of days. Okay?

As a clinician, if a client comes to me with an addiction issue you can be sure I’m going to focus upon depression (anxiety, mania, and stressors, as well) during the assessment process. Now, that isn’t to say all addicted individuals are depressed. However, in so many cases “where there’s smoke there’s fire.”

Researchers at the University of Bergen (Norway), led by psychologist Dr. Cecilie Schou Andreassen, have come up with some first-time, and very valuable, information regarding Facebook addiction.

Check-out what Dr. Andreassen has to say…

The use of Facebook has increased rapidly. We are dealing with a subdivision of Internet addiction connected to social media.

It (Facebook addiction) occurs more regularly among younger than older users. We have also found that people who are anxious and socially insecure use Facebook more than those with lower scores on those traits, probably because those who are anxious find it easier to communicate via social media than face-to-face.

Our research also indicates that women are more at risk of developing Facebook addiction, probably due to the social nature of Facebook.

As part of their research, the team came up with a Facebook Addiction Scale. And the scoring is based upon the following criteria…

Respondents are asked to rate each item as “Very rarely,” “Rarely,” “Sometimes,” “Often,” or “Very often.” Is Facebook addiction alive and kicking? Well, the research team says it is if one rates at least four of the items as “Often” or “Very often.”

Again, the presence of an addiction doesn’t always equate to accompanying depression. However, I’m not scratching my head if they’re co-occurring. And that certainly applies to Facebook Depression and addiction.

By the way, ever wonder if you’re into what I call “screen buzzes” to the point where a dependence/addiction dynamic exists? I posted a three-part series on just that a little over two years ago. The reading’s interesting – here are the links…

Well, let’s tie a bow on Part 1 of this particular series. Much more to come as next we’ll consider the potential existence of Facebook Depression in children and adolescents.

Be sure to stay tuned!!!