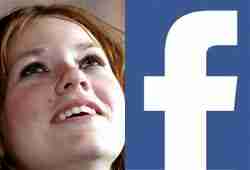 Facebook Depression: The prospect is upsetting as it pertains to adolescents and young adults. But is there really cause for alarm? Let’s roll up our sleeves…

The Amanda Todd story is so sad – so tragic. Here was a seventh-grader who decided to take the webcam route to meet new people. One such person was a man who persuaded her to flash her breasts. Yes, Amanda made an adolescent mistake.

A year later a man contacted her on Facebook and threatened to circulate a photo of her breasts if she didn’t “put on a show.” Chillingly, the man knew her address, where she went to school, and the names of her family members and friends. Amanda didn’t cooperate and the photo was circulated. The man even created a Facebook profile, using the photo as the profile image.

Subsequently, Amanda was bullied online (primarily on Facebook) and at school. As a result, she found herself in the midst of depression, anxiety, self-injurious behaviors, substance abuse, and suicide attempts. On October 10, 2012 Amanda Todd completed suicide. She was 15.

Certainly, Amanda’s story represents the extreme when it comes to prospects for Facebook Depression in adolescents and young adults. Nonetheless, the topic merits examination.

This past June the child and family advocacy group Common Sense Media published a report entitled “Social Media, Social Life: How Teens View Their Digital Lives.” The report summarized a survey of 1,030 13-17-year-olds. The information is telling.

83% of the respondents stated they’ve visited a social networking site. 75% have a profile on such a site(s), 51% checking-in daily. 34% pay a visit more than twice daily.

The most popular social networking site? Facebook, as 68% of the respondents stated it’s their preference.

83% of the respondents stated using social networking sites doesn’t impact whether or not they feel depressed or worse about themselves. Other “no biggies” were level of confidence and empathy for others.

Interesting – it seems the time-consuming pressures accompanying social media engagement take their toll. A significant number of respondents stated they at times wish they could “unplug,” or even return to a time when Facebook didn’t exist.

The report noted that 10% of the respondents viewed themselves as “less happy.” That’s within national norms for teens in general. At any rate, these “less happy” teens (primarily older and female) have mixed feelings about social networking’s impact upon their social and emotional well-being.

They enjoy posting photos of themselves and their friends. However, they’re also more likely to feel the stresses associated with online photos – how they look, worrying about being tagged in ugly photos, feeling badly if  no one “Likes” their photos, feeling excluded when they see photos of others online.

And how ‘bout this? A good number of the respondents wish their parents would spend less time engaged with social media.

The report’s conclusion? Concerns about privacy, bullying, hate speech, body image, and over-sharing are legit. However, all in all, it seems the vast majority of teenagers tolerate Facebook well. Facebook Depression, then, is not cause for alarm.

Lauren Jelenchick, M.P.H. and Megan Moreno, M.D. of the University of Wisconsin School of Medicine and Public Health conducted some eye-opening research. The results were published this past July in the Journal of Adolescent Health.

Surveyed were 190 University of Wisconsin-Madison students between the ages of 18 and 23. Utilized in the study were a real-time assessment of Internet activity, as well as a clinical screening instrument for depression.

The results revealed the participants were on Facebook for over half of their total online time. When depression screening was thrown into the mix, no significant relationship between social media use and depression risk was found.

For the record, Dr. Moreno recommends parents remain vigilant regarding their children’s social media use within the context of their entire lives. She goes on to suggest if mood, social interactions, school work, or behavior haven’t changed, there’s likely not a lot to get worked-up about.

So there you have it – very current research indicating Facebook Depression is not cause for alarm as it applies to adolescents and young adults.

Yes, there are the extreme cases such as Amanada Todd’s – and other cases in which depression may be generated or exacerbated by the use of Facebook and other social networking sites. However, in general terms it appears as though “The kids are alright.”

One more post to come in our Facebook Depression series. We need to discuss some older-adult considerations, as well as a few other tidbits. So be sure to keep checking-in with Chipur.

Here’s the entire collection of Chipur articles on the psychology of depression, anxiety, and bipolar disorder.