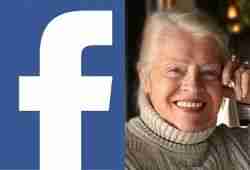 I‘m over 30, Bill. I’m curious about social networking benefits, but I’ve read so much about Facebook Depression. Should I be concerned?

So now it’s time to consider Facebook Depression within the context of “seasoned” (was I gentle enough?) adults. Do social networking benefits outweigh the risks?

Fact is, there isn’t a whole lot of research floating about pertaining to Facebook mood issues in the 30+ crowd. That being the case, I’ll offer some general thoughts.

It doesn’t take a doctorate in sociology to know that using Facebook has its up and down sides. I really believe the “up” carries the day. It’s all about socially connecting with friends and family members – including those from the past.

But it’s also all about balance – ensuring that in addition to connecting on Facebook, one maintains “live” social relationships. The other “all about” is being ready, willing, and able to endure rejection. It’s a social networking reality.

Just remember, virtual relationships can be satisfying; however, there’s nothing like the real thing.

Though there may not be a lot of available research on Facebook Depression in the over 30 crowd, there are some recent studies pertaining to seniors.  What I’ll present speaks to social networking in general, but since Facebook is far-and-away the most visited social networking site I believe the application is valid.

The brain-trust at the Pew Research Center tell us that seniors are hopping onto the Internet in increasing numbers. Some 33% of those over the age of 65 are using social networking sites. Three years ago it was just 6%.

Now for the depression piece. University of Alabama at Birmingham sociologist Dr. Sheila Cotten brings us some interesting research. Her study revealed that seniors who regularly use the Internet for social networking purposes experience lower levels of depression than their peers who don’t.

Included in the study were 8,000 participants over the age of 50. The results showed that the Internet using participants were one-third less likely to experience depressive symptoms. For seniors the worst of these are typically social isolation, loneliness, and lack of emotional support.

And for seniors who endure some degree of immobility or live alone, social networking sites are the perfect solution for keeping in touch with friends and family – aiding in keeping them socially engaged.

Okay, close friends and family members may have to spend some time with their special senior helping her/him along their social networking journey. However, such is the price of reaping social networking benefits – and realizing an overall improvement in quality of life.

As with adolescents and young adults, I’m not pushing the Facebook Depression panic button when it comes to the over 30 crowd. Does it exist? Sure it does – always will. But I’m thinking millions get depressed reading U.S. News & World Report.

How ’bout becoming a Chipur participant? Why not leave a comment below? Or you can cast your vote in the Chipur Poll above right. Your thoughts and feelings are valuable to us all!

Here are more Chipur articles on the psychology of depression, anxiety, and bipolarity.

Next Post: Living with Depression? Coping with Anxiety? A Poem of Hope