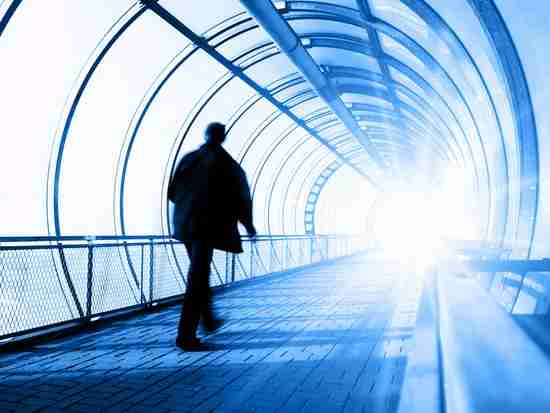 Were I a betting man, I’d wager most reading this article struggle with fear of death. And that fear, paradoxically, generates so much fear in living. So what is it about thanatophobia that strikes so deeply? Better yet, how can we get a handle on it? Let’s tee-it-up…

‘I do not fear death. I had been dead for billions of years before I was born, and had not suffered the slightest inconvenience from it.’  Mark Twain

In the 1942 Charlie Chan film Castle in the Desert, there’s a scene in which Madame Saturnia tells Chan he has enemies. She goes on to say, “I see death reaching for you – like an arrow.” Chan replies, “Man who fears death die a thousand times.”

That says it all, right?

Thanatophobia, indeed, is the fear of death, and the origin of the word is in Greek mythology. Thanatos, a minor figure, was the personification of death. Interestingly enough, he was often referred to, but rarely appeared in person. Pretty convenient.

Okay, before we dig-in, I want you to keep in mind two questions throughout. Do you fear death? How does that fear transition into fear in life?

Hmmm, fear of death generating fear in the very thing that prevents it. That’s one powerful paradox. Let’s get busy…

What Is Death Anxiety?

Though it may seem obvious, what exactly is death anxiety? Straight to the point, it’s experiencing anxiety, dread, apprehension, and more when thinking about the process of dying – or ceasing to be.

By the way, do you feel any measure of mood-dipping or anxiety-spiking upon reading that? Gotta’ tell ya’, I did several times while researching and writing this piece. And that includes throughout the hour-and-a-half I spent perusing images.

Okay, a true confession. I’ve even gone to the extreme of visualizing “the moment.” I mean, what will it be like when it’s time to go? ‘Course, I’m assuming I’ll die in a controlled setting, aware of what’s going down. Funny, I even have an age in mind (but I’m not telling).

Do you think about those things?

Well, look, I’m 62. So it’s not surprising that I’d still be dealing with a tad of thanatophobia, though not nearly as much as when it first appeared. I hinted at it two years ago in “‘Forty-three years ago,’ I kept saying to myself: A valuable lesson on living life.” 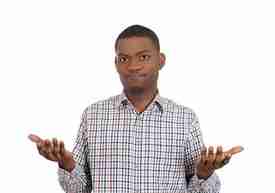 When it comes to the cause of death anxiety, we’re all over the board.

Sigmund Freud believed it was a cover for unresolved childhood conflicts (go figure). Erik Erikson chimed-in with “ego integrity,” which is achieved when we find meaning or purpose after a late-adulthood thorough life review. Erikson proposed that those who have achieved ego integrity have much lower levels of death anxiety.

Finally, let’s take a look at the work of cultural anthropologist Ernest Becker. In his terror management theory, Becker suggests death anxiety is not only extremely real, it’s our dominant issue of concern.

So powerful and influential, it can generate fears and phobias of everyday life, one of which is a fear of being alone or in a confined space. Furthermore, according to Becker, one’s daily behavior consists of attempts to deny death and to keep anxiety under strict governance.

And let’s really double-down on denial, the most common tool we use to quash the reality of death. We incorporate all sorts of mental mechanisms and physical actions – many beneath conscious awareness – in our effort to protect ourselves. Now, small doses of denial are to be expected. But when it goes over the top, the emotional cost is tremendous.

Where are you regarding denial?

What Can We Do About Death Anxiety?

The first thing any of us can do to manage death anxiety is come to grips with the fact that we’re going to die. That’s just the way it goes. And no matter how it happens, when it’s over, it’s over. Pain, suffering, regrets of leaving loved ones and friends – gonzo.

Why should it be any other way?

And keep in mind, we may be pleasantly surprised by what awaits us. My observation has always been, when looking at the sky, until someone can tell me exactly where it ends, I can only believe there’s much more to life and that which follows than “Boom, you’re dead.”

Okay, just one more question. Given death has forever been a component of life, and billions upon billions of humans have “participated,” don’t you suppose if the thought of death upsets our flow of living, something’s wrong?

But keep in mind, it’s never too late, nor impossible, to figure the conflict and set things straight. And when we do, life becomes all about living, not dying.

You may determine you need some help. Okay, do some research and reading. Or work with a therapist, clergy-person, etc.

One other point. As mood and anxiety disorder warriors, whether it’s death anxiety or anything else, we need to question and explore our major life beliefs – and the thoughts, feelings, and behaviors they generate. Often, what we believe to be the real issue is a cover for something entirely different, not to mention lodged more deeply within. Word to the wise.

Fear of death, fear in life. It’s the greatest paradox of all. And if you ask me, it’s our greatest opportunity to positively impact our mood and anxiety circumstances – our life itself. That’s hopeful and healing.

Have some parting gifts for you…

“I do not fear death. I had been dead for billions of years before I was born, and had not suffered the slightest inconvenience from it.”  Mark Twain

“Each night, when I go to sleep, I die. And the next morning, when I wake up, I am reborn.”  Mahatma Gandhi

“Our death is not an end if we can live on in our children and the younger generation. For they are us, our bodies are only wilted leaves on the tree of life.”  Albert Einstein

“Fear not death for the sooner we die, the longer we shall be immortal.”  Benjamin Franklin

“I’m not afraid of death because I don’t believe in it. It’s just getting out of one car, and into another.”  John Lennon

“Don’t cry because it’s over. Smile because it happened.”  Dr. Seuss

“To the well-organized mind, death is but the next great adventure.”  J.K. Rowling

Staring at the Sun: Overcoming the Terror of Death by Irvin D. Yalom is a marvelous read. If you’re struggling, give it a look-see.

Hey, how ’bout hundreds of Chipur titles? I’d love it if you’d check ’em out (you might too).